The Case for a Foreign Service Core Precept on DEIA

Making engagement a requirement will help move support for diversity and equity beyond words. 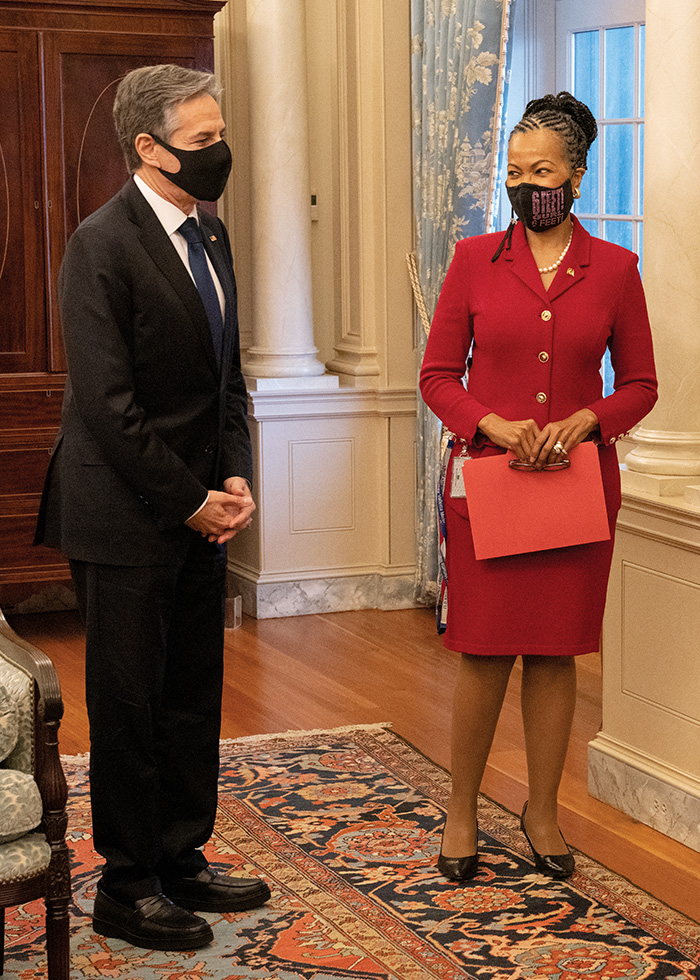 In announcing the appointment of the Chief Diversity and Inclusion Officer, Secretary of State Antony Blinken emphasized that advancing diversity, equity, inclusion and accessibility (DEIA) must be the work of every single State Department employee, regardless of rank or background.

In fact, Secretary Blinken was rather emphatic about it: “This is not just the work of the CDIO—or any other individual with ‘diversity’ and ‘inclusion’ in their title. I want to be crystal clear about this: Promoting diversity and inclusion is the job of every single member of this department. It’s mission critical. It demands each and every one of us reflect on our actions and ask: What more could I have done in the past to make this place more inclusive and respectful toward people who are different from me? What more can I do now?”

Many employees heralded this new commitment to supporting the potential of every employee and to ensuring equitable career outcomes for all. For those of us working in the Office of Diversity and Inclusion, however, we realized that the only way to ensure the Secretary’s admirable sentiment went beyond words was to hold employees accountable for achieving results by pursuing DEIA through concrete action and in a sustained manner.

To succeed, everyone from entry-level officers to section and division chiefs and office directors, as well as those leading front offices, will need to engage. And the only way to ensure this is to tie forwarding the DEIA mission to promotions and performance for both the Civil Service and the Foreign Service.

Time for a Dedicated Precept

Frankly, in the Foreign Service what gets people promoted is what gets them going. Even for those who are not motivated primarily by the path to promotion, one cannot deny that what the department emphasizes in its promotion criteria signals what our institution views as its core mission. DEIA efforts, by contrast, have long been relegated to the sidelines of that mission, considered work that is nice but tangential to our focus on foreign policy.

Those who have labored to make our organization more equitable and inclusive have usually done so on the margins, after-hours during their personal time, and without formal recognition or compensation through the department’s promotions and awards processes. Some even operated in outright fear that mentioning this work in an employee evaluation report (EER) would tag them as a member of an underrepresented group, potentially triggering unconscious bias within promotion panels, or suggesting to selection boards that they did not spend enough time focused on “more important” work.

In our discussions, it became clear that the only way to shift this paradigm and the value placed on this work was to create a dedicated core precept (the criteria by which State FS employees are evaluated for promotion) focused on advancing DEIA within the institution. Some advocated simply increasing the DEIA language in the existing precepts, and we considered that approach. When we reviewed the previous precepts, however, we realized they already included quite a lot of language on DEIA. That approach had been tried before but had not yielded the desired effect. And spreading more DEIA language across the other precepts, like communication or leadership skills, left the door open for colleagues who did not want to play a role in advancing DEIA to simply focus on other ways to meet those precepts.

A dedicated core precept on DEIA is a game changer for our institution because it requires every employee to roll up their sleeves and play a direct role in advancing DEIA. It ties the broad emphasis that our top-level leadership has placed on DEIA to concrete action and deliverables at senior-, mid- and entry-level ranks. It ensures DEIA work is no longer peripheral, voluntary or relegated to those with the least influence in the institution, as this work will now be required for all and will be compensated—both with promotions and awards like Senior Performance Pay (the criteria for which is determined by the precepts). Most importantly, it places DEIA work at the center of our institution, where it belongs.

With time, we believe this move will prove one of our organization’s most pivotal in shifting department culture. How so? As employees strive to meet this precept, they will have to do the required introspection outlined in the Secretary’s words above, re-evaluating what role they play in ensuring everyone has an equal opportunity to advance through the department’s ranks and to contribute meaningfully to its work.

This directly affects the strength of our performance as an institution. After all, it does no good to bring diverse faces into the organization if we then marginalize (rather than capitalize on) their different ways of connecting with foreign audiences and varied thinking about our policy challenges and possible solutions. 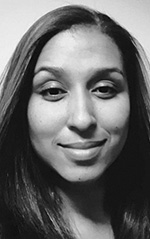 Kim McClure is a senior policy adviser in the Secretary of State’s Office of Diversity and Inclusion. She has been in the Foreign Service for 19 years and has served overseas in India, Afghanistan and South Africa, in addition to assignments at the U.S. Mission to the United Nations in New York, the State Department Operations Center, the Office of the Special Representative for Afghanistan and Pakistan, and in the bureaus of East Asia and Pacific Affairs and Global Talent Management.

Issues and Concerns: A Q&A with Kim McClure

As you can imagine, there was robust debate around the building, within the wider foreign affairs community and with AFSA on the pros and cons of creating a precept focused on DEIA. It’s a bold and unprecedented move, but one the Office of Diversity and Inclusion believes essential to achieving real change in our culture. Colleagues who were initially skeptical about the idea raised some good questions and concerns that we believe are worth addressing.

Q: Won’t having a dedicated DEIA precept lead to box-checking on DEIA efforts rather than prompting colleagues to do this work from a place of genuine interest and conviction?
Fulfilling any of the core precepts could be seen as a box-checking exercise, but what sets an employee’s EER apart from others is the strength of their examples for any given precept and their ability to demonstrate the impact that said example had on the institution and our policy. This will be no different. Some people may do the minimum, but those who are most competitive for promotion will be the ones who clearly go beyond mere box-checking and show real results in advancing the department’s DEIA goals. It’s also important to stress that there is no single magic bullet to advancing DEIA. Like other DEIA interventions, this precept is part of a broader, holistic and long-term strategy.

Q: Won’t this just compel managers to relegate even more DEIA work to their direct reports and those who are part of underrepresented groups—many of whom are already burned out—so that said managers can then take credit for DEIA work despite not doing the heavy lifting themselves?
With all precepts, most managers talk about their team’s collective accomplishments and take credit for their own role in creating the environment that enabled such work. We can’t expect that work on the DEIA front will be different. That said, we do think this precept is one in which midlevel managers can also play a distinct role from the rest of their team and take credit for that. This includes ensuring an inclusive and accessible work unit by taking proactive steps to make it so, mentoring employees from a wide array of backgrounds, making their bidding/hiring processes more transparent and equitable, and building diverse teams. Managers who take this two-pronged approach—helping their team, and also spearheading DEIA work at their own level—will likely be the most competitive for promotion.
Further, we believe part of the reason colleagues who have done DEIA work are burned out is precisely because they’ve had to do it on the margins and during their personal time. Elevating this work to equal standing with other institutional and policy work will allow managers to create time and space for it during employees’ core hours. It also incentivizes more colleagues to help with this work, leaving fewer people to do it alone. Hopefully, that will serve to lessen the overall sense of burnout.

Q: What can I do to meet this precept? While not exhaustive, here are suggestions for how you can meaningfully participate in advancing the department’s DEIA work:
• Join your post or bureau DEIA Council. Even if you are not a member, partner with your DEIA Council to host a discussion on a DEIA-related topic. Host a watch party for one of the State Department’s many DEIA-related programs, and then develop a discussion guide or host a follow-up conversation to talk about how the topic relates to your immediate work environment.
• Organize a virtual event with your bureau’s senior DEIA adviser to learn how your bureau is connecting its internal focus on DEIA with its external foreign policy goals for the region.
• Collaborate with your human resources officer or executive office to play a role in reforming your post or bureau’s recruitment and hiring practices to encourage greater transparency, equity and diversity in its assignment and hiring practices. (Think about how this can be done for local staff recruitment and hiring, as well.)
• After taking FSI’s Mitigating Unconscious Bias Course, lead a discussion with section chiefs at your post or office directors in your bureau about the role each of you can play in reducing bias in department practices. (Section chiefs and office directors have a critical role to play in this space with respect to recruiting, hiring and making sure all employees have equitable opportunities to do promotion-enhancing work, and are equitably recognized for outstanding performance with awards.)
• Lead an assessment of ways that your post or bureau could be more accessible for current or future colleagues and contacts with disabilities.
• Organize a discussion with local staff to ask how DEIA issues manifest themselves in the local culture and/or at work, and how their American supervisors could assist them in addressing these issues.
• Help post identify and use accessibility-enabled technology for events and programs. (Poll your target audiences to ask about their accessibility needs before an event.)
• Set up a dialogue with managers at post discussing best practices for rooting out bullying and toxic management practices.
• Develop and launch anonymous pulse surveys to assess how well your specific post or bureau is doing on DEIA issues and fostering inclusion.
• Help your section chief or post leadership recruit from a more diverse pool of candidates.
• Make sure you are investing the same effort in mentoring colleagues whose backgrounds are different from your own as you are investing in those who might remind you of yourself at an earlier stage in your career, and invest in their long-term success by helping them strategize around future positions and assignment selection.
Speak up when you hear comments indicating bias during meetings about bureau and post hiring decisions. Take bystander intervention training to empower yourself to act in the moment when you see biased comments or actions happening in the workplace.

Q: Can I mention my work within employee affinity groups in my EER to get credit for that work?
According to department guidance, employees may mention what they did within an affinity group, as well as its impact, but cannot disclose the name of the affinity group, as that could be an indication of their potential membership in a protected class. For example, a statement such as this would be appropriate: “I served on the board of one of the department’s affinity groups and co-drafted a policy document that went to the Deputy Secretary of State for Management and Reform outlining our organization’s views on what should be prioritized in the DEIA Strategic Plan.” 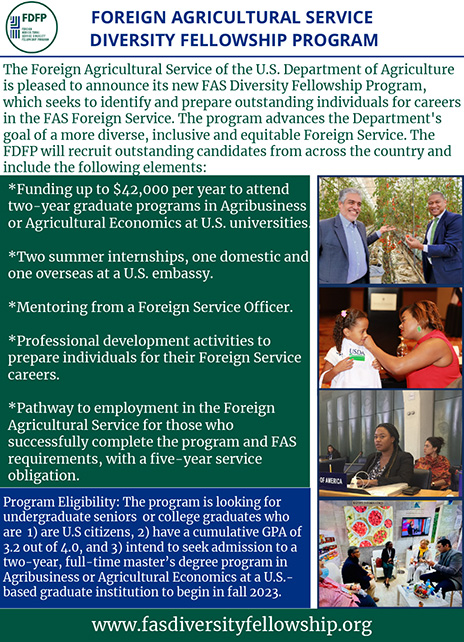 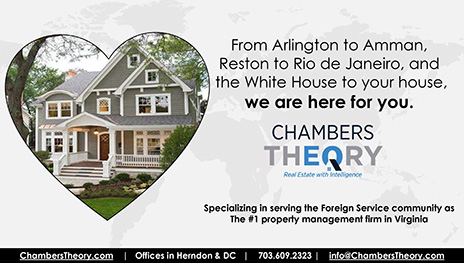 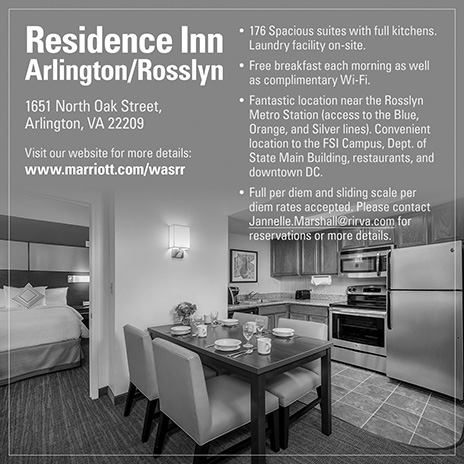