As the crisis over Russia’s relationship with Ukraine unfolded in early 2022, I have thought often of my experiences working in Russia in 1992 and 1993. I was a USAID FSO involved in the planning for the U.S. democracy program for Russia in the aftermath of the Soviet Union’s dissolution. I submit that the actions we took at the end of the Cold War set the stage for the problems we have today.

That experience pointed to the vital importance—then and today—of certain basic tenets of successful diplomatic practice that were so well explicated by George Krol in his article about the lessons he learned during the collapse of the Soviet Union (“Practical Lessons for Today’s Foreign Service,” December 2021 FSJ).

Perhaps it’s best to set the scene first by talking about that day in 1991 when we learned the Soviet Union had collapsed. That day I saw men running through the halls of the State Department gleefully yelling, “We won the Cold War!” and “We’re number one!” That’s where the arrogance really took hold. Then came “shock therapy”: moving Russia from a communist dictatorship to a free-market democracy, overnight.

As these plans were drawn up in Washington, D.C., I was working a temporary duty assignment on the U.S. democracy program in Moscow. I saw the devastation, the pain, the hunger in the streets of Moscow as people tried to hold on through the transition. Russia was in deep depression and asking for American assistance. The Russian people I met wanted a new relationship with the United States and seemed prepared to welcome us as helpmates, if not yet as friends.

In the planning meetings back in Washington, I raised my hand a few times to encourage a slower pace. It seemed to me we might get better outcomes by pushing for a more gradual move from Russian communism to American-style free-market capitalism, maybe using a middle step of cooperatives. Every time I mentioned this idea, I was shut down immediately.

“Get the pain over quickly,” they said. “Let’s not suggest midterm solutions like cooperatives that have no place in the final outcome.” Humanitarian assistance just to help the Russian people get through the transition without starving to death would only be available as long as Russia complied with “shock therapy.”

Not surprisingly, shock therapy was a colossal failure. Neither free-market capitalism nor democracy took hold. Only corruption and organized crime blossomed. I have always felt we had a real opportunity at this juncture to make a friend of Russia, an opportunity we threw away. We had our boot to their neck when they were down.

I have always felt we had a real opportunity at this juncture to make a friend of Russia, an opportunity we threw away.

There wasn’t much else Russia could have done, but I’ve always felt there was plenty the U.S. could have done—if we had followed Ambassador Krol’s six tips for successful diplomacy.

1) Use the language. One of the first projects of our early Russia program was to make five copies of the Uniform Commercial Code of the United States to distribute to five major judicial centers in Russia. Was no one thinking that Russians speak Russian? That a commercial code, no matter how spectacular, would be useless in English in Russia? Was our expectation that the Russians could just copy (after translation) our laws to use in Russia, where all the sociocultural institutions work very differently?

2) Adapt. Adjust. Be flexible. Be creative. Ideology is not development. What we did in Russia in the early 1990s was attempt to transplant neoliberal ideology, an idealized version of American democracy and free-market economy, into Russia. What was required was learning from Russians how to work through the transition creatively—in ways new to both Russia and the United States—that would be effective in Russia. We were blinded by our own ideology.

3) Go out and discover. I remember walking all over Moscow, watching a bridal couple at the monument in the park and seeing the red flags waving as small groups of communists paraded through the streets, the slow repainting of the golden onions atop the churches and the artwork in the subway stops.

I remember walking through the falling snow one day to a meeting with the newly formed Russian Human Rights Committee and watching unusual military action at the Russian parliament building. The next day I mentioned the experience to an embassy colleague, who told me not to tell anyone else about it because we were not supposed to be wandering around Moscow at all, and definitely not alone (although for a USAID person that didn’t seem to be enforced as effectively).

4) Know and explain thyself. In the area I worked, democracy, what I saw happening was we were trying to impose on Russia an idealized image of democracy as we believed it worked in Kansas. First, we needed to understand U.S. democracy as it really is, not an ideological version. Understanding our own system, its benefits and flaws and how it actually works in Kansas is a key step in introducing that system to another country.

Second, what works in the United States may have very little similarity to what would work in Russia because democracy is a sociocultural institution. So not only do you have to understand your own system, but you must also understand the sociocultural conditions and institutions of Russia to transfer new ideas effectively. We had almost none of this information on Russian institutions.

5) Get out of the office. In my wanderings around Moscow, I met many people and observed social and commercial and religious and some political behaviors of the people of Moscow; most of my colleagues lived and worked on the embassy compound and only left for meetings.

What I found especially startling was that we were trying to support (and direct) this transition in a vacuum. We had almost none of the information I would have had in any developing country on which to base programming decisions. And the situation was even worse in the newly independent states of the former Soviet Union.

6) Learn to listen, listen to learn. My experience during this time was that no one on the U.S. side was listening. We had won the Cold War, so there was no need to listen. Our responsibility was to make sure Russia could never fight a cold war with us again. Along the way, if we could push free-market capitalism and democracy on them, all the better. It certainly didn’t work out that way.

We didn’t follow these six recommendations in the past and today reap the results. I hope the State Department and USAID will consider them as we face the international challenges of the 21st century. 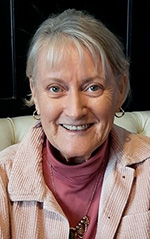 Kristin K. Loken is a retired FSO who served with USAID in Central America, the Middle East, Asia, Africa and, for a short time, Russia. She currently resides by the Potomac River in Falling Waters, West Virginia. 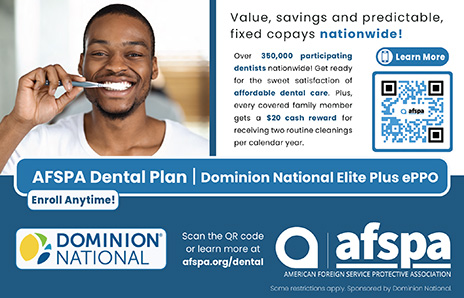