Election day in the Central African Republic in 1992 was busy. I sent all embassy personnel hither and yon as election observers. I, too, made the rounds of voting precincts in Bangui.

Voters lined up and waited patiently for their turn. They then marked their ballot and stuffed it into the box, always accompanied by a resounding shout—“a voté!”—by a nearby poll watcher. Everything went smoothly.

After closing, the precinct officials and party poll watchers hovered around the counting table to ensure that ballots were correctly tabulated. Then the box was sealed and transported to the Supreme Court for the final official tally. Nonetheless, it quickly became apparent that incumbent President André Kolingba was destined to lose.

Two days later, at mid-morning, I got a phone call at the office from Chief Justice Edouard Frank. “Ambassador,” he said, “they are going to kill me if I start the count.”

Whoa! I thought. “Sit tight, I’ll be right over,” I replied.

There was too much at stake for the nation and for the process to let it collapse at the end. I told my driver Robert to put on all the flags, and we drove to the Supreme Court. I found Justice Frank in his office. He was clearly shaken by the threat, emanating, he avowed, from the presidency; but after calming down, he realized his duty.

With my support, he agreed to go forward. So he and I, followed by the other justices, all in their judicial robes, walked across the courtyard to the court chamber. I took a front-row seat, and the process of counting began. It proceeded without interference.

I took a front-row seat, and the process of counting began.

Meanwhile, I contacted my German and French colleagues. At least one of us was present for the entire count. Kolingba came in fourth. (I was later told by a contact in the presidency that our presence in the court room had, indeed, caused a plan to disrupt the proceedings to abort.)

However, President Kolingba, who had obviously been misled by his entourage as to his popularity, was not yet done. That afternoon he emptied the prisons, apparently hoping to cause civil unrest so that he could declare martial law and nullify the election.

A key part of this plan was to release former President Jean-Bédel Bokassa, who was president from 1966 to 1976, declared himself Emperor Bokassa I and ruled as such until 1979. Kolingba thought that the people might either rise up to support the aging mentally diminished monarch or revolt against him. Either way, it could result in martial law.

There were no uprisings, however. The city remained tranquil while thousands of prisoners in their prison-pink shorts headed home. Bokassa’s family moved him quickly into a protected residence, where he rusticated and eventually died.

To his credit, Kolingba finally conceded. He acknowledged the validity of the results and the election of Ange-Félix Patassé as president. One of his final acts was to bestow the Order of Merit of the Central African Republic on me and my French, German and European Union colleagues.

Ironically, one of the first acts of President Patassé the next week was to award the four of us the same medal as a token of appreciation for our role in mandating the election. So we each have two. 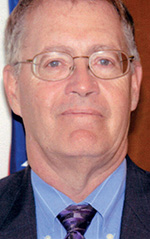 A career Africanist, Robert E. Gribbin was ambassador to the Central African Republic from 1992 to 1995. Subsequently, he was ambassador to Rwanda from 1996 to 1999. His memoir, In the Aftermath of Genocide—The U.S. Role in Rwanda (iUniverse, 2005), describes those years. His latest novels, The Last Rhino (iUniverse, 2020), weaves a tale of conservation efforts in the Congo, and The Serpent of the Nile (kdp.com, 2021) is a novel of South Sudan. Gribbin reviews books about Africa at www.rwandakenya.blogspot.com.