The Foreign Service Journal > June 2017 > The Golden Rule of Professionalism

In its opening months, the Trump administration has in many ways continued what it started in the campaign and transition. Previously unbroachable norms have been discarded, including habituated expectations of transparency and press access, a more genteel style of political discourse, and many foreign and domestic policy positions that until very recently would have been considered longresolved areas of bipartisan consensus.

(This observation is neither to criticize nor commend. The administration has in most cases proudly claimed the moniker of unconventional, and both supporters and detractors have typically agreed.)

For many of us in the Foreign Service—and in the Civil Service writ large—this has been an unmooring experience. The ideal of an apolitical bureaucracy seems nice, but in the face of unprecedented decisions and actions that seem to go beyond simple left-right partisanship, many seem to be struggling with the impulse to resist.

In the State Department, this has translated into a newly resurgent interest in understanding the specific limitations on political advocacy imposed by the Hatch Act and the Foreign Affairs Manual to better determine in what ways we as executive branch employees are permitted to resist or advocate.

I am writing today to make a case for the opposite response: This is a time to double-down on our nonpartisan professionalism, not to test its limits. The norm and function of an apolitical bureaucracy is more important and valuable than any one leader or policy: we must be able to continue serving effectively 10 presidents and 100 controversial policies from now.

We hold positions of privileged access, giving us more information and influence over the process of policy formation and implementation than normal citizens. For that privileged access to mean anything, political leaders must trust that our advice and implementation will be expert and unbiased, based on knowledge and experience rather than personal political leanings.

Public advocacy destroys that trust, ensuring that both our political masters and the voting public know that we do have a preferred “side” and implying that our level of agreement will affect the vigor with which we support, implement (or even resist) the decisions of those voted into office.

It’s easy to look at a policy that you consider to be objectively, undeniably and absolutely wrong-headed and say, “But it’s not partisan to resist that decision.” The problem is that by resisting a decision we disagree with, we make our policy preferences a relevant and acceptable point for discussion.

That may seem trivial when it’s a matter of advocating or resisting by simply declaring that you consider a single given policy decision to be disastrous. But what about the next time, the next president, the next Secretary? Once we’ve made it a legitimate point of consideration, who could blame newly elected officials for feeling the need to assess the level of actual or likely agreement with their policies before entrusting their implementation to the bureaucracy?

By asserting that policy implementation might be contingent on our opinion of the policy, we will have set things back 100 years to a time when the hallmark of bureaucratic dependability was political loyalty rather than professional competence.

Yes, some might say, but some of the policies and statements from this administration just go too far. They demand response. They demand resistance. In recent months, I’ve witnessed a groundswell of colleagues express that sentiment to varying degrees.

A number of them—in my Facebook feed at least—have articulated this imperative with a quote from Desmond Tutu that seems to capture well the general sentiment: “If you are neutral in situations of injustice, you have chosen the side of the oppressor.” Surely there is truth to this in a tautological sense—it is a good quote.

However, I can’t imagine that Archbishop Tutu would have considered any government employee in apartheid-era South Africa to be “neutral” in any meaningful sense. Similarly, executive branch employees publicly engaging in or calling for “resistance” to the Trump “regime” are engaging either in very shallow advocacy or very deep hypocrisy.

As executive branch employees, we are each part of the Trump administration. Anything else we do or say cannot escape that simple fact. This is not to call into question anyone’s sincerity who believes that a line has been crossed, thereby creating a moral imperative for resistance—but rather to point out that if you’ve judged that something really is so bad as to be in the territory of moral imperatives, then the only first credible step is to stop serving the administration.

This is not a call for all of us to quietly go along with every decision a political leader makes. Our responsibility (and right, and privilege) is to inform, advise and persuade our political leaders on what we consider to be the best decisions, drawing on the full breadth of our collective experience, knowledge and expertise. At the extreme, this includes a responsibility to make use of the Dissent Channel when we believe an already-made policy decision to be fundamentally unsound.

But the most recent publicized use of the Dissent Channel—in response to the January executive order on visa policy, “Protecting the Nation from Foreign Terrorist Entry into the United States,” commonly known as “the travel ban”—highlights the distinction between the policy advocacy within the system that is our responsibility, and the policy advocacy in public that is our doom.

The Dissent Channel cable itself was an excellent example of the proper role of the professional bureaucracy. Drawing from a wide range of knowledge and expertise, those responsible for the implementation of a new policy worked within the wellestablished channel to articulate clearly and compellingly the many likely negative ramifications of the policy.

However, the full text of the cable, along with the fact that it had collected close to 1,000 signatories, leaked to the media, apparently before the cable itself had even been submitted. This kind of leak (as with the leaking of the Syria dissent cable in 2016) undermines the Dissent Channel system. It gives the appearance— accurate or not—that the formal memorandizing of dissent was largely undertaken for the purpose of public advocacy via the leak.

That puts the political leadership of the administration on the defensive publicly, inevitably affecting any response to the cable within the now-preempted established process. Under the FAM, individual Foreign Service officers can’t write a press release articulating their disagreement with administration policy as a means of either public advocacy or political pressure. But leaking a Dissent Channel cable has the same effect while cloaking it under the auspices of a formal, protected process.

So there are certain types of withinthe- system policy advocacy that are our right—and actually our job—with the Dissent Channel process being the most extreme variation. On the flip side are the activities clearly prohibited by the Hatch Act or the FAM. In drawing a line somewhere in between them, just what higher standard of public nonpartisanship am I calling for?

But if you’re looking for an ideal moral code, things like “don’t kill” and “don’t steal” set a pretty low bar for social norms. The Golden Rule—to treat others as you would have them treat you—may be lacking in detail, but it at least sets a more elevated, ideal objective.

Similarly, the rules found in the FAM and Hatch Act are important to keep the Foreign Service officially nonpartisan, but ultimately do nothing more than tell us what is technically prohibited or required. This leaves a world of behavior, speech and activities that are technically permitted, but not necessarily wise if we care to maintain a productive and effective working relationship between the professional Foreign and Civil Service and our political leaders.

My formulation of the Golden Rule in terms of both policy and leader is deliberate, and highlights the various permitted behaviors that I think we should nonetheless circumscribe for the long-term health of the bureaucracy.

In the office, our implementation of even the most personally repugnant policies should do nothing to betray our opinion of them. No officer should try to maintain “personal credibility” or save face by ensuring that subordinates, local staff or external interlocutors know that they are implementing that policy under duress.

Doing so may have the desired effect of letting those personal contacts know that one is “with them” in recognizing that a given decision is foolhardy, counterproductive or distasteful. But in the long run, each of us is a part of one organization, and this kind of mixed messaging undermines our ability to operate effectively.

Our subordinates end up confused whether to follow the official policy with focused effort or follow leaders’ telegraphed preferences with a slow, minimized effort to check the block. External contacts don’t know whether to prepare for and respond to the officially stated policy or the personally delivered preference.

As for faithful service under opposed leaders, this is probably the most difficult standard. It is clearly permissible to forward or share a critical news article, meme or satirical clip, or to use a hashtag like #resist or #NotMyPresident. And no one instance of these seemingly trivial behaviors is going to be seized upon as an act of insubordination or disloyalty.

But in the aggregate, each of these things and any number of similar statements and actions clarify a preference. For anyone in a position to perceive that preference—from appointed leaders and managers to members of the voting public to colleagues and foreign audiences— it inevitably calls into question the extent to which orders will be followed, decisions will be implemented or the government is working with any unity of purpose.

For us to engage publicly in either advocacy or resistance means that we have an agenda. That perception of a bureaucracy with its own agenda—as opposed to one implementing the policies of the day with indiscriminate diligence, even when the policies have done a 180-degree turn—will make any future political leaders with an alternate agenda view government servants as a problem rather than a tool.

The bureaucracy should be like a screwdriver, equally useful to build a house or a cruise missile. We might hope we’re used for houses rather than missiles, but until a leader tries to use us to stab someone rather than turn a screw, it’s our job to be equally useful for all tasks. 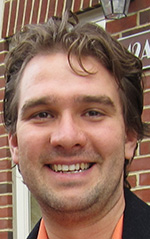 Matt Tompkins is currently a vice consul in Santo Domingo, and previously served in Guatemala City. Prior to joining the Foreign Service, he held intelligence and policy positions with the FBI and served as an Army officer. His Speaking Out column on nonpartisanship relating to election participation appeared in the October 2016 FSJ. 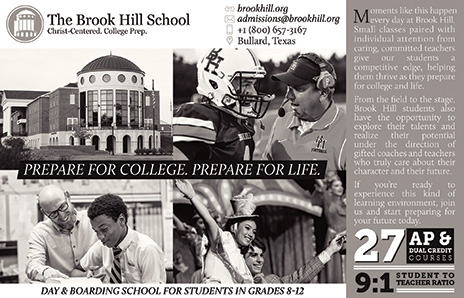 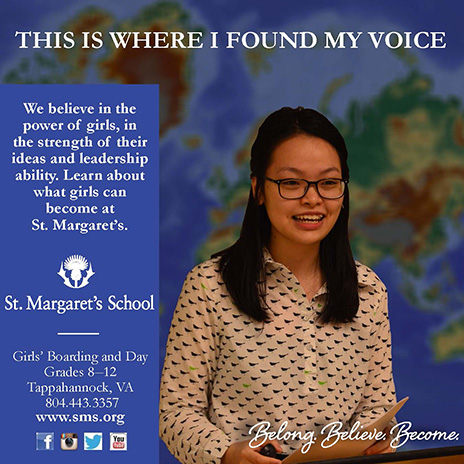 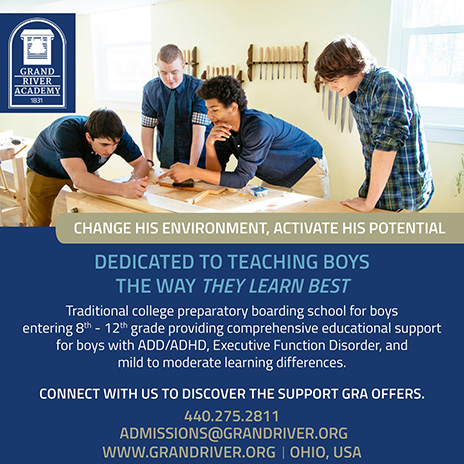 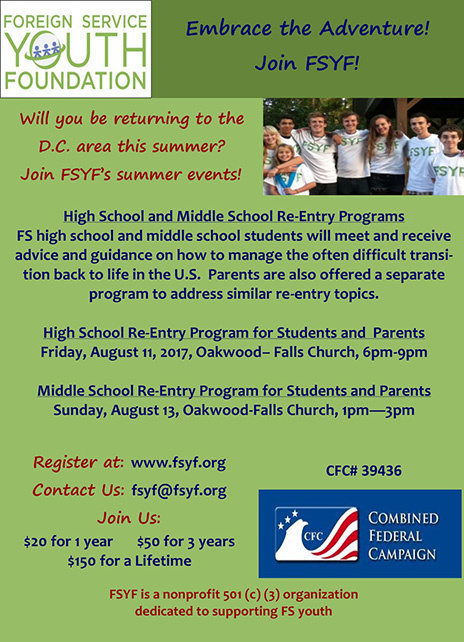 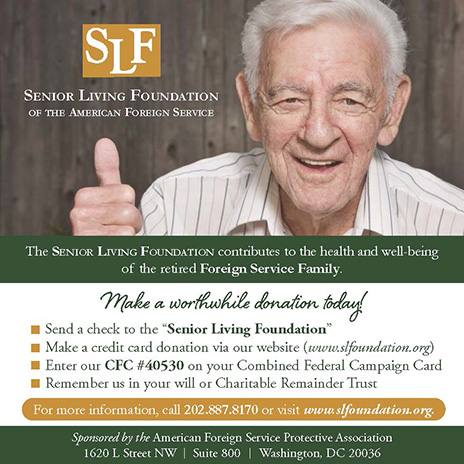