Seriously Not All Right: Five Wars in Ten Years, by Ron Capps 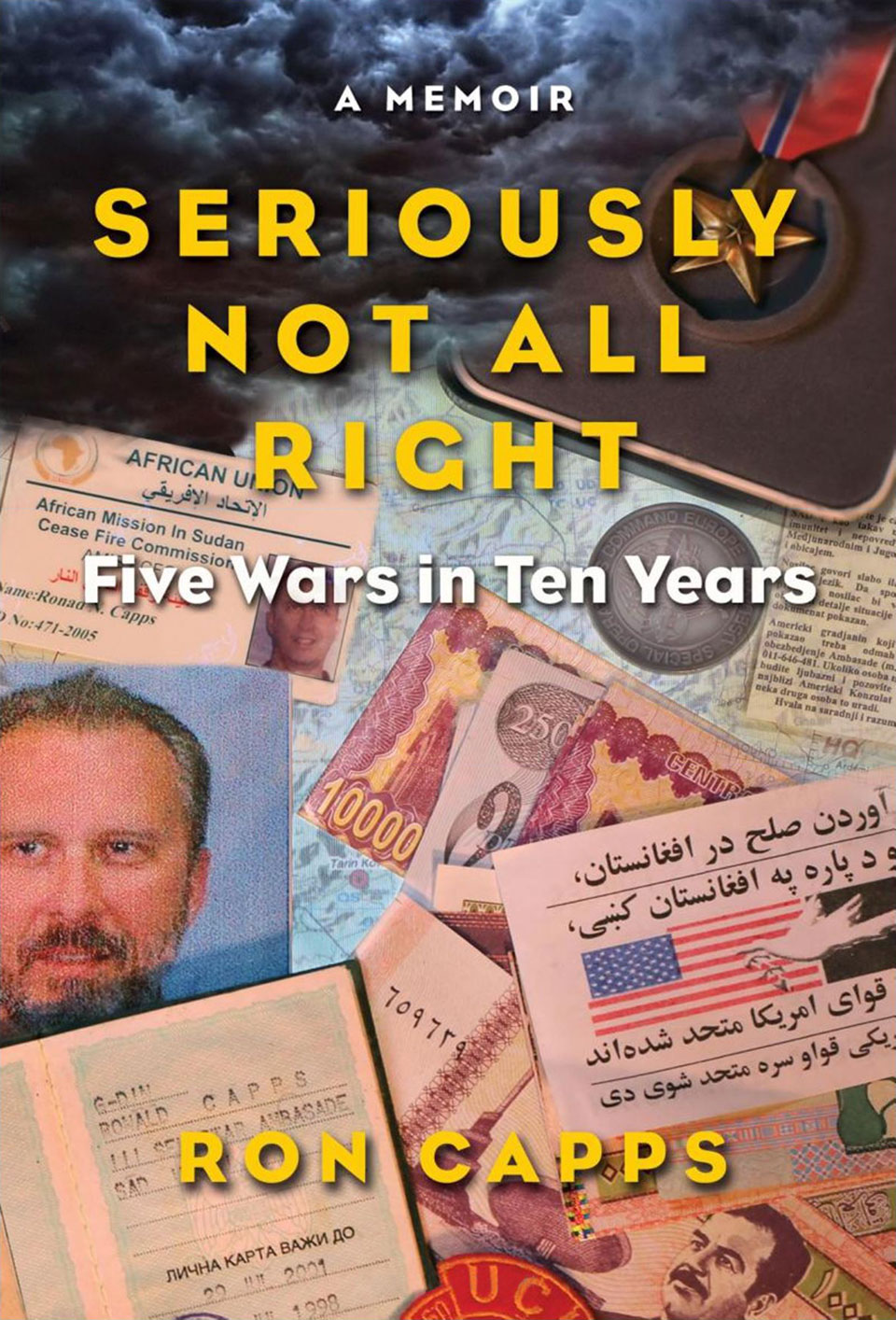 Seriously Not All Right: Five Wars in Ten Years

Reviewed by DOUGLAS A. KONEFF

In Seriously Not All Right: Five Wars in Ten Years, former FSO and Army veteran Ron Capps lays out in sometimes graphic detail his struggles with post-traumatic stress disorder over a 14-year Foreign Service career. It was a journey spent nearly exclusively in the most dangerous parts of the world, and one that nearly ended in 2005 with a pistol to his head in East Africa. As he writes, “I lost my sanity…and saw a successful career disintegrate along with a 20-year marriage.”

Capps’ journey raises two central questions. The first is, “How did he reach that point?” The answer is relevant to all of us in the Foreign Service today. A 2007 State Department survey revealed that 17 percent of FSOs serving in stressful environments acknowledged displaying some symptoms of PTSD. According to AFSA testimony before Congress the same year, the real percentage might be closer to 40 percent.

Matters have not improved since then, for more of us are serving in this type of environment than ever before: more than 1,100 last year alone. Between 2003 and 2013, the department noted a fivefold increase in FSOs serving in unaccompanied posts.

With the exception of a single breach of the “chain of command” in Darfur that saved lives, Capps lacked the authority to stop the violence. The result was a condition that Brett Litz, a Department of Veterans Affairs psychiatrist, describes as “moral injury”: the damage a person incurs when “failing to prevent, learning about or bearing witness to acts that transgress deeply held moral beliefs and expectations.”

The second question a reader might ask is, “Why did he continue taking these assignments, even after the emotional effects became apparent?” The answer is deeply complicated. Of course, military assignments (and Foreign Service assignments, for that matter) are not always a matter of choice, and Capps’ background made him a natural choice for these types of jobs.

This memoir shows us the cumulative effect of personal observations of human tragedy in Central Africa, Kosovo, Afghanistan, Iraq and Darfur.

Besides, as he notes, staff work in Washington, D.C., just did not hold his interest. Capps believed he was at his best when in the field, and whenever that option presented itself, he took it. In his own words, he “wanted to be the man.” It wasn’t until he realized he’d seen one corpse too many that he requested medical evacuation from Darfur back to the States in May 2006. At that point, his recovery finally began.

Writing has always been an integral part of Ron’s life, and putting his gruesome visions on paper helped him control these painful memories. Culling details from dozens and dozens of notebooks filled during a career spent in violent places, he began to find peace. He went on to create the Veterans Writing Project, a nonprofit program that helps veterans, service members and their families learn to write and, through writing, begin to heal and understand.

This is not just a book for Foreign Service officers or military officers. It is for everyone who has a family member, friend or colleague who has been affected by the ravages of PTSD. It will help us understand them, and know that they really can be “All Right.”

Douglas A. Koneff, a Foreign Service officer since 1993, is currently deputy principal officer in Ciudad Juarez.