In Support of Professional Nonpartisan Diplomacy

During this time of unusual attention to diplomacy in connection with the impeachment inquiry of President Donald Trump, we want to call attention to some of the strong voices speaking out in support of professional diplomacy and the U.S. Foreign Service. Here are just a few of them.

Whereas members of the Foreign Service take an oath to defend the Constitution of the United States and to remain above partisan and political considerations;

Whereas the work of the Foreign Service is vital to the national security, foreign policy, and commercial interests of the United States;

Whereas members of the Foreign Service often serve in extreme hardship and difficult security situations;

Whereas the knowledge and expertise of members of the Foreign Service are invaluable in shaping the foreign policy of the United States;

Whereas, through diplomatic engagement, the Foreign Service promotes partnerships that further good governance, the rule of law, and democratic institutions; and

Whereas the contributions of the Foreign Service are extraordinarily valuable to the United States:

Now therefore Be It Resolved, That the Senate—

Recognizes the importance of a nonpartisan Foreign Service in advancing the foreign policy of the United States;

Calls on all people of the United States to respect the nonpartisan, nonpolitical work of the Foreign Service;

Condemns political retaliation against members of the Foreign Service; and

The American Academy of Diplomacy stands with the diplomats who have recently followed their oath of office and appeared before Congress despite orders not to do so.

The women and men of the State Department, as well as our military and intelligence colleagues, take a solemn oath both as they begin their careers and then reaffirm it many times after during their service to our great nation.

The key words of that oath, which is established in law, are worth quoting here: “To support and defend the Constitution of the United States against all enemies foreign and domestic.” The oath is taken “freely and without mental reservation.” Senior leaders put their left hand on a bible (or an equivalent of another faith) and with right hand raised ask their God to help them meet this commitment.

The oath compels many things, but key among these are a belief in the rule of law and a belief that the purpose of the exercise of power and diplomacy is to promote, protect and defend the interests of the United States of America. Happily, most who take this oath never face the choice of following the law or following a contradictory order from their leaders. That was no longer true for some of our former colleagues. They met their responsibilities by honoring subpoenas to appear before the Congress even when reportedly told not to do so by the State Department. We admire their bravery and courage.

This matters for two reasons: First, Foreign Service and Civil Service employees at the State Department, like our military colleagues, make sacrifices to serve. It is crucial that they and all who take the oath of office believe in the legality and justice of their service. The oath is their guide to what it means to serve. Second, U.S. foreign policy is most effective and best executed when nations around the world know that it is based on the rule of law.

The oath is the beacon that lights this path.

Women Ambassadors Serving America is an organization of over 170 current and former U.S. ambassadors who have served faithfully under both Republican and Democratic administrations. The undersigned members of WASA call upon the President of the United States to ensure that no American diplomat at any level is singled out for retribution for partisan, political reasons. Similarly, we call upon Secretary of State Pompeo to follow the procedures and standards of the U.S. Department of State and to ensure that our country’s professional Foreign Service Officers— who swear an oath to uphold the Constitution—never suffer retaliation for political reasons.

President Trump’s reported remarks regarding former U.S. Ambassador to Ukraine Marie “Masha” Yovanovitch in a July 25 phone call with Ukrainian President Volodymyr Zelensky, as presented in the memorandum of conversation released by the White House, raise serious concerns. In particular, denigrating the Ambassador and stating that “she’s going to go through some things” … appears to be a threat of retaliation for political reasons, which is both shocking and inappropriate.

Ambassador Yovanovitch is a highly respected Senior Foreign Service Officer who has served the United States with remarkable commitment and distinction under numerous Republican and Democratic administrations.

For U.S. diplomacy to be an effective instrument of statecraft, it is vital that the non-partisan, nonpolitical work of the dedicated public servants of the U.S. Department of State be respected and honored—just as we honor the contributions of U.S. military service members and other government colleagues. That respect must begin at the highest levels of U.S. leadership, and be communicated consistently to international audiences, in private as well as public communication. To do otherwise is to undercut U.S. diplomatic efforts and the safety of U.S. personnel worldwide.

USAID: In Support of Colleagues Under Siege

As former Foreign Service Officers, civil servants and political appointees with the U.S. Agency for International Development, we have served under both Republican and Democratic administrations, in Washington, D.C., and throughout the developing world. We are writing in support of colleagues now under siege for their work as diplomats with the Department of State. Together, we spent our careers working to represent the policies and values of the United States. ….

A professional Foreign Service is key to the ability of the United States to develop and conduct a coherent foreign policy that protects our national interests. All of us, as Ambassador Yovanovitch stated in her deposition, took an oath when we joined to “support and defend the Constitution of the United States against all enemies, foreign and domestic” and “bear true faith and allegiance to the same.” As she said, we feel privileged to serve and are committed to do so on a nonpartisan basis “to strengthen our national security and promote our national interests.”

Our country needs a strong and vibrant Foreign Service, untainted by partisan political interference, to strengthen our relationships with countries around the world. If there is one small consolation all of us can take from recent events in Ukraine, it is that the country has been introduced to public servants like Ambassadors Marie Yovanovitch, Michael McKinley, William Taylor and Deputy Assistant Secretary George Kent. They represent the high integrity, capability and professionalism of career State Department officers, and we are proud to stand with them.

A Brief Tribute to Our Foreign Service

I can’t tell you how many times, in and out of uniform, I’ve been thanked for my service. But there’s another group of Americans who also deserve the thanks of a grateful nation and of a grateful people: our Foreign Service Officers (FSOs) and the other career and professional employees of the United States Department of State.

American influence in this world, regardless of the era, had been shaped in large measure by the diplomatic underpinnings of our foreign policy. … In the last several years things have gone badly for the Service and for the institution. Hiring is down, the budget is down, and morale is down. We have called upon one of the most professional cadres of women and men in the service of United States, our FSOs and Ambassadors, to discharge a chaotic, incoherent, and inward-looking foreign policy that has confused and frightened our allies, abetted the growing numbers of autocrats, and aided our enemies. …

From this quiet community has emerged one hero after another who have searched themselves, who have replayed their oaths of office over and over again and are resigning and/or are now speaking up to defend their Service, to defend their Department, and to defend our precious Constitution. Enter Ambassador Marie Yovanovitch: an immigrant whose family fled both the Soviet Union and the Nazis, who as a child was called Masha by her family, and whose uncommon service to our Nation landed her as Ambassador to Ukraine (a difficult posting by any measure). …

All Americans … and much of the rest of the world … should be deeply grateful for America’s Foreign Service and for the likes of Ambassadors Yovanovitch and [Ambassador Bill] Taylor, and thousands of others just like them who’ve served quietly, oftentimes thanklessly, sometime fatally … but always honorably … at the outer edge of American influence.

As these officers come forward now to speak, they are indeed doing their duty and honoring their loyalty to their oaths and to the precious principles of the American Constitution. … So, three cheers for Masha and for our Foreign Service. And for the American people, the next time you thank an American in uniform, take another second and thank God for our diplomats.

A Most Damaging Attack on Diplomacy

In my three and a half decades as a U.S. Foreign Service officer, proudly serving five presidents and ten secretaries of state from both parties, I’ve never seen an attack on diplomacy as damaging, to both the State Department as an institution and our international influence, as the one now underway. …

Ambassador Yovanovitch is not the first professional diplomat to find herself in political crosshairs in the history of the State Department. Trump is not the first demagogue to bully career personnel. And Secretary of State Mike Pompeo is not the first secretary of state derelict in his duty. But the damage from this assault—coming from within the executive branch itself, after nearly three years of unceasing diplomatic self-sabotage, and at a particularly fragile geopolitical moment—will likely prove to be even more severe to both diplomatic tradecraft and U.S. foreign policy.

At this time of great stress and rancor in our national political life, the American Foreign Service Association calls on all Americans to honor and respect the non-partisan, non-political work of the dedicated public servants of the U.S. Foreign Service.

Our members have taken an oath to the U.S. Constitution, and do their utmost to support the foreign policy of the United States under the leadership of the elected leaders of our democracy. We urge that their service, which at times is under the most serious hardship conditions and security risks, not be politicized, and that they not be dragged into partisan political battles.

Our country needs and deserves a professional, non-partisan Foreign Service. Our members pledge their lives to service to their country and its interests. Any attack on their integrity and commitment to non-partisan service does a great disservice to them, to their families and to our country. 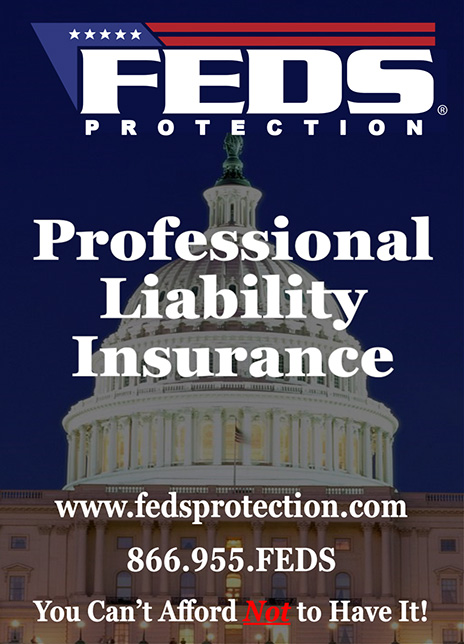