“What is the best advice for people who want to become diplomats?” a young adult in my college class asked the other day. Without hesitation, I shot out an answer: Listen.

A diplomat’s job is first to understand, I explained, and then relay the situation from the country they are in. Understanding will allow them to know the limits of American policy aims and the boundaries for their host nation’s leaders.

If diplomats use their senses in proportion to the quantity of their sensory organs they can more easily and effectively do their job. In a word: Listen twice as much as you speak, and communicate what you know twice as well as you think you understand it.

I write this article because, unfortunately for the world, too many diplomats fail to understand why the human body was designed as it is. They talk more than they listen, and that hurts our diplomatic efforts and the relationships between nations.

Poor relationships between nations can often lead to the worst of human endeavors—war. Having lost many colleagues to war and having seen the dead in the streets and the wounded in hospitals, I know the price of poor diplomacy.

Some background is in order. I spent a few years engaged in the diplomatic and policymaking arena as an Army officer assigned to assist or handle U.S. and foreign senior leaders (e.g., generals and admirals, ambassadors, cabinet secretaries, lawmakers, vice presidents and even a few presidents, prime ministers and a king).

I was often serving in a position that normally required someone of higher rank, so I was the most junior person in the room. That meant two things: First, I was the assumed if not delegated notetaker; and second, it was often forgotten that I was in the room.

Thus, as a proverbial fly on the wall, I observed diplomacy for many years. I saw good diplomats and great diplomats; but too often I witnessed disgraceful attempts at diplomacy by actors pretending to be diplomats or senior leaders. I won’t name any names here, but I do want to discuss what I believe makes great diplomats successful and what traits poor diplomats have in common.

Let’s start with the great diplomats and work our way back down the ladder to the things that should be avoided.

Great diplomats listen closely to what all their foreign colleagues say. They work all day and night, turning every event into a useful diplomatic engagement—every meal of the day, cocktails, sports, sight-seeing and, of course, official meetings.

They don’t just meet with people they like; they meet with all the key stakeholders on the most important national security issues, and they truly listen. A novice might accuse such diplomats of “going native”; but they are “native” only in their complete understanding of the country and region in which they operate.

When they speak, great diplomats know what points to raise and when to raise them. They don’t just read from a laundry list of talking points.

Further, they don’t just listen; they record. They take notes and every day summarize the notes into a format that is easily shared with others and that helps them to paint a clearer picture of the issues. They make sure that people know they are listening. Nothing gets you into next week’s meeting faster than being an attentive listener who gives feedback to the hosts. And, listening twice as much as they speak allows them to always know more about their peers than their peers know about them.

When they speak, great diplomats do so in a comfortable and disciplined manner. They are never overly official-sounding, and they don’t act like tenured, out-of-touch professors lecturing their counterparts. They know what points to raise and when to raise them. They don’t just read from a laundry list of talking points—but they know all the points that need to be raised from their lists.

Great diplomats never make people unnecessarily uncomfortable. They build a solid relationship, and that allows them to raise difficult topics in the right setting at the right time. Their measured speech doesn’t appear cold, but intelligent. They never come across as demeaning to their audience, and they know how to emphasize important matters without raising their voice or seeming out of character.

Great diplomats are not only good communicators in their meetings, but can pass on (in writing and orally) the outcomes of the dialogue in a way that leaves all interested parties clear about what lies ahead. They leave their diplomatic partners with a clear plan for the next step. They ensure that the next meeting is set and that the agenda for that meeting is simple and clear. This allows staff members on both sides of the issue to summarize the outcomes and prepare their seniors for the next event.

Great diplomats also send the notes from their meetings to their bosses in a usable format. They get the information out quickly, usually drafting the notes into a short memo by nightfall if the topic is time-sensitive.

Within a day or two they will craft a very useful longer memo and distribute it widely. The final memos are useful because they set the scene; lay out points of contention and agreement; and give clear options for policymakers to choose from—including to take no action at all and continue to talk.

Great diplomats also know that no communication method is truly secret, so they are discreet enough to hold very important discussion results for in-person meetings.

What Not to Do

Poor diplomats only pretend to listen. It’s clear to all parties that they are just rolling their talking points around in their mind, waiting for a break in the conversation to dump their insights.

Poor diplomats take notes in a way that makes the other speakers uncomfortable. If you ever see the other side pull back because of their fears about information being leaked, then close the notebooks and send out the staff members.

Poor diplomats talk more than they listen, and never let anyone else change the topic or enter the conversation. This technique will ensure that you are never invited to useful meetings and social events. No one wants to be lectured.

They build a solid relationship, and that allows them to raise difficult topics in the right setting at the right time.

Poor diplomats bore the audience. They make everyone dread the next encounter and will find everyone avoiding them. They hammer the same points in every encounter, but never resolve any issues. It’s easy for a superior to spot the diplomat who just can’t make any progress on an issue. Such a diplomat should be removed.

There are also destructive and selfish diplomats who degrade, in public, other parts of their own government to curry favor. This backstabbing confuses diplomatic partners and can handicap the entire policy effort in a nation.

Poor diplomats can’t write or speak succinctly. They give lots of details but can’t convey the main points. This leaves superiors and subordinates guessing about the outcomes of the meetings and the options that have closed or opened.

And that means they have wasted everyone’s time. If they cannot convey the options quickly and clearly enough for policymakers to make a timely decision, their work is fruitless. This same principle applies to intelligence officers. Learning to write clearly may be a lifelong task, but it is a critical weapon in the diplomat’s arsenal.

Diplomats seeking to improve their fieldcraft should take away three key points.

Listen first and often. Truly understand the people and the issues before you speak, or you may put yourself or your nation into an awkward position. If you truly listen and understand, you won’t make as many mistakes and bad promises.

Speak when you know where you want the conversation to go and how to get it there. Make the foreign leaders you are talking with think that accepting your policy prescription is their idea. If you hold your tongue and speak when it’s appropriate, you will get the golden ticket—the continuous invitation to return to all meetings. You won’t have to beg to see your key partners; they will want to have your company.

Communicate your insights back to others in your government in a way that clarifies your own understanding of the issues. They don’t have the insights you have into the nuances of the issues. You must ensure they get the whole picture—not in great detail, but in great clarity.

Be an excellent writer. The maxim always applies that you shouldn’t write to be understood; you should write so that you cannot be misunderstood. 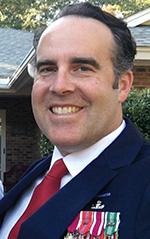 Jason Criss Howk, a retired foreign area officer and major in the U.S. Army, served 23 years as a soldier (and at times a soldier-diplomat) in interagency, intergovernmental, multinational and nongovernmental organization arenas. He spent more than a decade working on Afghan and Pakistan issues, serving in the Office of Military Cooperation-Afghanistan and the International Security Assistance Force headquarters. He retired in 2015 and continues to write, speak and advise on current national security and foreign policy topics. These observations are his own and do not represent the views of the Department of Defense or the U.S. government. His new book is The Qur’an: A Chronological Modern English Interpretation (Old Stone Press, 2017).