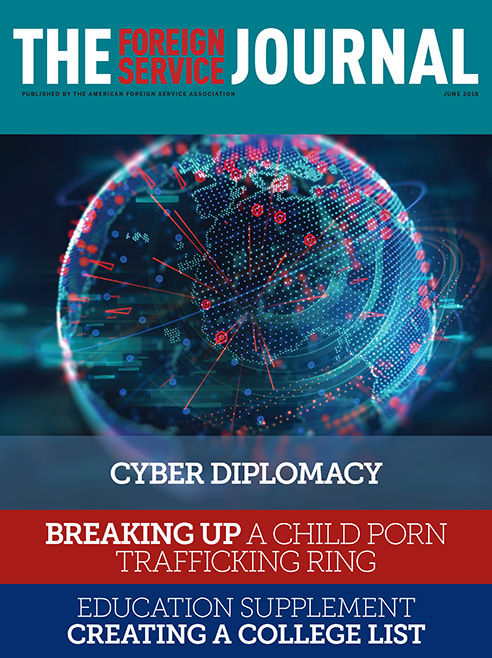 State’s Bureau of Diplomatic Security is uniquely equipped to tackle transnational crime. Here’s one example of a recent success.

The rise of the internet and cyber technologies constitutes one of the central foreign policy issues of the 21st century.

A Diplomat in a Cyber World: Working with CYBERCOM

An FSO and former ambassador discusses her work as a political adviser to U.S. Cyber Command.

Selected excerpts from FSJ coverage of information and communications technology over the years.

Going Home: How to Buy a House for Home Leave and R&R

For members of the U.S. Foreign Service, “home” is a complex concept, and buying a house can seem daunting.

Changes in student demographics and school admissions procedures point to a new approach to college applications.

The Vocational Education Option: A Student’s Search for Meaning in Today’s Economy

Given the changing world economy, the vocational-technical path can make a lot of sense.

An Interview with My Son

Rolling Moment of Silence Across the Globe