The Foreign Service Journal > December 2015 > The Usefulness of Cookie-Pushing

Retired Chicago Tribune foreign correspondent Richard C. Longworth discusses his 1977 “Primer for Diplomats,” a concise and still timely survey of the duties of diplomats and the importance of diplomacy.

From January 1977 through September 1979, Reverend Andrew Young—a former executive director of the Southern Christian Leadership Conference, a former member of Congress and a hero of the Civil Rights Movement—served as the U.S. ambassador to the United Nations.

Young, who had spent his life speaking bluntly and, as a member of Congress, independently, was ill-suited to the life of a circumspect administration official. He garnered attention overseas and caused heartburn in Washington with blunt, not-always-aligned-with-U.S.-policy statements. He described Zimbabwe’s 1979 election as “neofascist” and referred to the government of South Africa as “illegitimate,” a sentiment no doubt shared by many Americans but not accurate as a matter of U.S. foreign policy. His musings that Cuban troops in Angola could be viewed as a force for stability angered many in the United States.

Six months into Young’s tenure as ambassador, and in response to the civil rights icon’s apparent difficulties adapting to his new job, Chicago Tribune foreign correspondent Richard C. Longworth wrote his “Primer for Diplomats.” Appearing in the July 10, 1977, Tribune, Longworth’s remarkably timeless piece was both an explanation of why diplomacy mattered and a concise survey of the duties and responsibilities of an American diplomat.

Intrigued both by Longworth’s forceful opinions on what makes a good ambassador and his obvious familiarity with how embassies operate, I sat down this past summer with the two-time Pulitzer finalist to ask what inspired him to write the primer almost 40 years ago.

Cecile Shea: A theme of your piece seems to be that even extremely accomplished individuals may not be cut out for diplomacy.
Richard C. Longworth: Not everyone is cut out to be an ambassador, any more than good businessmen make good politicians or good journalists make good managers. Some do, most don’t. Diplomacy, like any profession, requires certain skills and personalities. Andy Young’s record on civil rights and in politics is stellar, because they suited his abilities and personality. But he was a poor ambassador because he wasn’t content to subdue his personal beliefs and abide by the rules of the profession. In other words, a good man in the wrong trade. I think my point is that diplomacy is terrifically important and, by and large, is best not left to amateurs. I admire professionals in all trades, and diplomacy is no exception.

CS: In “Primer,” you criticize Henry Kissinger’s shuttle diplomacy and argue that our nation should rely on on-the-ground diplomats. Do you think there is a role for Kissinger-style diplomacy? What should be the balance between special emissaries based in D.C. and the ambassador and his or her staff who are resident in the country?
RCL: Generally speaking, I think diplomacy is best done by people on the scene who know the territory, know the personalities, establish personal relationships and have to live with the consequences. The same, incidentally, goes for journalists. Parachute journalism has its place, but you can’t beat a resident correspondent who can see a story developing and knows how it developed.
That said, as far as parachute diplomacy [goes], this isn’t a hard and fast rule. There are occasions when a Washington big shot like Kissinger can be useful, if only because he has clout in the White House and the people on the scene know it. Secretary of State John Kerry probably was crucial to the Iran negotiations for this reason (and also because we have no formal embassy there, only a special interests section: this limits the scope and depth of our knowledge about the place).

CS: When I first read “A Primer for Diplomats,” I was amazed at how little has changed since the 1970s in terms of how embassies and the Operations Center function. How did you learn so much about embassy operations?
RCL: Journalists and diplomats cover the same beats, see each other all the time and talk shop. This was especially true in Moscow and Vienna, where we all covered the communist countries and needed to swap info just to keep up, and in Brussels, where journalists and diplomats spent many late nights waiting for European Economic Community (later European Union) ministers to emerge from their closed meetings to tell us what was going on. All this allowed for a lot of beer and a lot of chat—and I just listened.

CS: There aren’t a lot of foreign correspondents left overseas. It’s really a shame. I’ve always found my relationships with reporters to be mutually beneficial and professionally enriching. How important were your relationships with American and other diplomats?
RCL: Depends on the place. In places like London and Paris, where information is open and local officials are available, there’s no reason for diplomats to act as middlemen between journalists and their sources. We can get everything we need from government officials, business people, etc., the same way we do here—with a phone call or a lunch. In more authoritarian places, where information is limited or guarded, correspondents get their info where they find it, and often check with diplomats. Or if a journalist is parachuting into a place where he doesn’t live, embassies are excellent sources of background briefings, to bring the correspondent up to date fast.
A note here: this doesn’t necessarily mean getting a briefing from the U.S. embassy. I often found American diplomats too much on message, loath to give any facts or opinions that violated the current line of U.S. foreign policy. Generally, the British or Germans were best and most professional. But wherever I was, if I didn’t know the territory, I always made a point of calling at the embassies of neighboring countries. Generally, these countries hated each other, so sent their best diplomats to keep an eye on their neighbors. What they said was tainted, of course, and couldn’t be used without verification; but you do pick up a lot of gossip that way.
If I may say so, the decline in the number of U.S. correspondents abroad handicaps American foreign policy. As I mentioned, diplomats and correspondents often cover the same story. Sometimes these stories conflict (just as two correspondents covering the same story might file conflicting or differing stories, with different facts and different emphases). I suspect diplomats hate it when HQ responds to a cable by quoting a conflicting article in The New York Times. But the Times guy might be right. Sometimes, the embassies get it right, and sometimes (Vietnam, Iraq) they don’t. But if there are no correspondents on the scene, who’s to know?

CS: To be fair to my colleagues from Saigon and Baghdad, sometimes people aren’t that interested in what we have to say. Our official Dissent Channel came about to give officers in Saigon a way to get “the rest of the story” to the senior folks at State. I completely agree with you on the importance of journalists in educating the American people on what’s going on around the world and keeping those of us in the public sector on our toes. Without journalism, how can we have democracy?
RCL: You won’t get an argument from me on that. Democracy is based, first and last, on an informed electorate. Voters who are ignorant of what’s going on in, say, China or today’s Pakistan are, by definition, unequipped to cast a ballot.

CS: Speaking of the importance of journalism to a democracy, as long as most Americans have online access to reporting from the few newspapers that still have foreign bureaus, does it really matter that, say, the Chicago Tribune doesn’t have any foreign bureaus anymore?
RCL: Oh yes. Most Americans may have online access to foreign news, but that doesn’t mean they read it. How many people bother to go to the Times site, or The Guardian or Le Monde Diplomatique, to catch up on foreign news? Too many Americans get their news from networks like Fox or CNN. Some of those networks never had foreign correspondents; the rest barely pretend now to cover foreign news. Otherwise, Americans get their news (to the degree that Americans get any news these days) from local papers. These papers, fighting to stay in business, focus relentlessly on the local-local-local beats and bury foreign and national news way inside. My job, when I was overseas, was to target my stories especially to a Chicago audience, which often got me on the front page. The readers may have wanted only the sports news, but they had to get past my story to get it. It’s easier now to read a paper and get no foreign news at all.

CS: Do you have any advice for members of the Foreign Service dealing with the U.S. press?
RCL: We often do the same work but for different bosses. A diplomat’s main job is to represent and further the interests of the U.S. government. A correspondent’s main job is to get the facts and present them to the reader, even if they cause heartburn in Washington. Our first obligation is to the reader, and almost not at all to our government. We feel our job is to create an informed electorate. No diplomat would object to this, but the path to this end (again, see Iraq or Vietnam) can be pretty rocky. 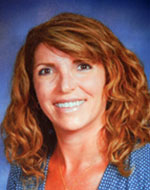 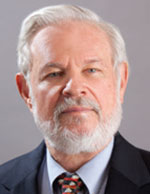 Cecile Shea, AFSA’s 2003 post representative of the year, is the State Department Fellow at the Chicago Council on Global Affairs. Her previous postings include Canada, Thailand, Israel, Scotland, Pacific Command and Japan. The views presented in this article are her own and not necessarily those of the State Department or U.S. government.

Richard C. Longworth reported from more than 80 countries during his career. After retiring from journalism in 2013, he became a distinguished fellow at the Chicago Council on Global Affairs, where he has focused on globalization’s effects on the Midwest and on the role of global cities in the 21st century. Longworth’s books include Global Squeeze (1998) and Caught in the Middle: America’s Heartland in the Age of Globalism (2009). Cecile Shea interviewed Mr. Longworth in Chicago on Aug. 21. 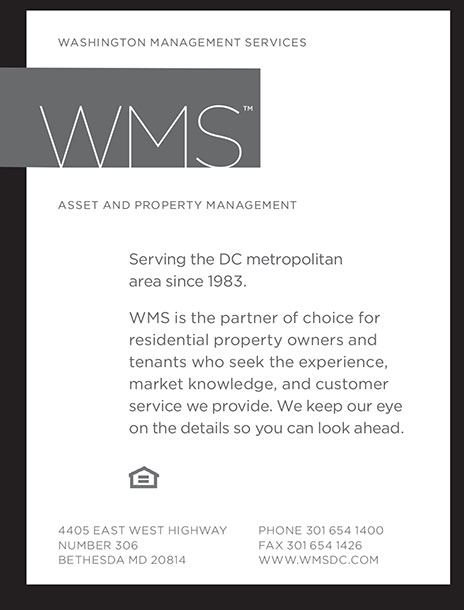 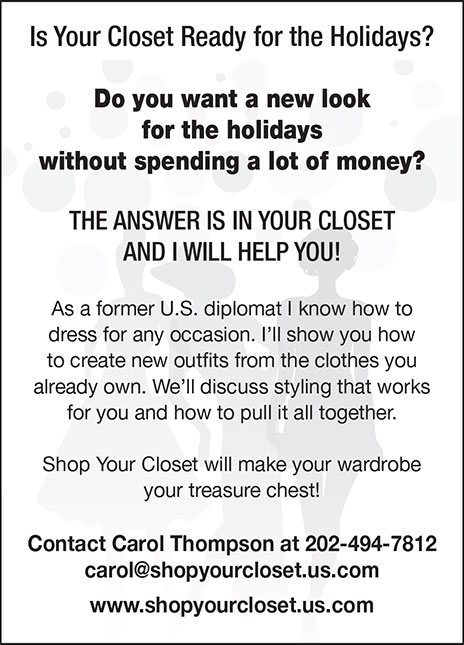 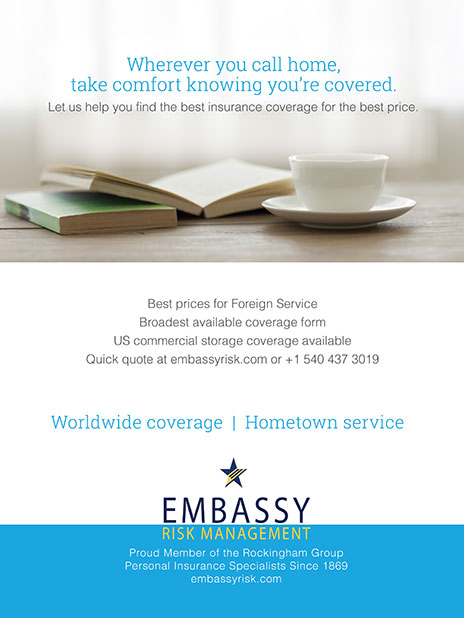