With the broad array of problems facing the United States and the world today, we need a strong, professional diplomatic service to look after our nation’s global interests. This has not always been the case. For more than a hundred years after independence, America’s foreign and diplomatic affairs were in the hands of amateurs.

There were two principal reasons for the lack of a professional diplomatic corps. First, during the colonial period, foreign affairs were handled out of London. Second, and perhaps most important, early American political leaders equated diplomacy and ambassadors with European monarchies and didn’t trust either. Thomas Jefferson, America’s first Secretary of State, believed that an independent America had no need for diplomats other than commercial consuls.

The senior American diplomatic representatives were ministers extraordinary and plenipotentiary, ranking below ambassadors, which was considered appropriate for a second-rate power. Embassy and consulate staffs, and commercial consuls, were individuals who had connections with the American ruling political elite. After elections, there were often wholesale changes in diplomatic and consular representation abroad. This patronage system reached a peak during the administration of Andrew Jackson, when the mantra in Washington was “to the victor belong the spoils.”

Late to the Dance

In the late 1800s, as a global economic power, the U.S. need for elevated representation led to sending ambassadors to the main European capitals. The first American ambassador was Thomas Bayard, appointed to the Court of St. James’s in 1893. Embassy secretaries, however, continued to come from the wealthy classes—individuals who could afford to live abroad on the meager salary paid to diplomatic secretaries.

It wasn’t until the Rogers Act of 1924, which consolidated the diplomatic and consular services, that career personnel were assigned to staff embassies and consulates. Some career people were also posted as ambassadors to some of the smaller countries.

Prior to World War II, American foreign policy was essentially passive, and concerned primarily with protecting commercial interests. But the United States emerged from the war as a superpower—economically, militarily and politically—and adopted a more activist, forward-leaning policy.

Do we have one?

A Profession or a Collection of Experts?

Let’s begin with an understanding of what constitutes a profession. Don Snider, a professor in the Strategic Studies Institute of the Army War College and a senior fellow in the Center for the Army Profession and Ethic at West Point, offers the following criteria.

Professionals are those who:

• Provide a vital service to society that it cannot provide for itself but must have to flourish.

• Work with expert (abstract) knowledge developed into human expertise (i.e., not routine or repetitive work) that takes years of study and experiential learning.

• Earn and maintain the trust of their society by the effective and ethical application of their expertise.

• Enjoy relative autonomy in the application of their work’s art and expertise.

Missing from Snider’s list is an additional element that I believe is essential to any profession: a formalized code of ethical behavior that is easily accessible and understood by members of the profession and by the general public.

In a talk at AFSA on May 29, 2014, Prof. Snider outlined the differences between professions and bureaucracies. As opposed to workers in a bureaucracy, members of a profession accept lifelong learning and unlimited personal liability; they measure effectiveness rather than efficiency; and they have a self-policed ethos.

An essential element of any career system, Prof. Snider believes, is a mechanism to provide basic standards and rules to protect it from political abuse. The ethical standards of a profession constitute a powerful means of controlling individual behavior in groups that must function in ambiguous, chaotic or dangerous situations.

By contrast, controls in a bureaucracy are based on promotion and monetary rewards. In addition, unlike bureaucracies, senior members of professions are stewards who serve as mentors to entry-level personnel and promote, preserve and protect the standards of the profession.

After more than 30 years in a calling that I dearly love, doing work that I would not trade for any other, I fear I may offend many by my conclusion that we are not yet a profession. In my view, the U.S. Foreign Service is a collection of highly intelligent, intensely dedicated and loyal experts in the art and craft of diplomacy.

Where Do We Miss the Mark?

While it is an inarguable fact that we provide a vital service to American society, the sad reality is that the majority of Americans, including those in positions of political leadership, don’t recognize or acknowledge what we do. As stated in American Diplomacy, edited by Paul Sharp and Geoffrey Wiseman, “with only a few minor exceptions, (professional) U.S. diplomats do not capture the popular imagination. … The United States relies extensively on diplomacy and diplomats, but has trouble acknowledging the fact.”

Similarly, though members of the Foreign Service have extensive experience working with abstract knowledge to perform tasks that are not routine, they fall short in the area of longterm learning.

In the military, training and education are required. In the Foreign Service, employees have to actively seek it out—even demand it.

Education. The Foreign Service Institute does an excellent job of providing language training, as well as some training in specific skills. What we lack is a system of career-long education designed to develop our diplomatic skills.

Unlike our military counterparts, who spend a significant percentage of their careers in long-term training, we in the Foreign Service are lucky to get much beyond language and tradecraft training. An Army officer, for instance, can spend up to four years of a 20-year career in training (see “The Army Approach to Leader Development,” FSJ, July-August 2012), with as much as two years of that time devoted to long-term (a year or more) education. In contrast, FS members are lucky to get such training once during a career.

In the military, training and education are required. In the Foreign Service, employees have to actively seek it out— even demand it. During my 30 years, I had two years of long-term training, including senior training at the National War College and the Senior Seminar.

More than one colleague warned me that so much training, taking me out of the “rating loop,” could be detrimental to my career. Until long-term career education is valued and rewarded by promotion boards and assignment panels, we will continue to be deficient in this area.

Ethics. There is no shortage of ethical regulations and prohibitions in our line of work, and no one can say that Foreign Service personnel are unethical in general. The current regulations, however, are proscriptive, couched in dense legal jargon and spread through the Foreign Affairs Manual, making them relatively hard to access.

To build the trust necessary to be truly effective, we need a clear, formal code of ethics that is prescriptive and aspirational, easy to understand and apply evenly and fairly, and understood by people who are not part of the Foreign Service. It is not that society does not trust us; it does not know what to expect from us.

Autonomy. Relative autonomy in the conduct of diplomacy is essential. In some assignments I had a great deal of room to operate because I worked in a country or area of little interest to the Washington bureaucratic and political establishments, or because I was in an area where communications with Washington were limited or nonexistent. In other assignments I experienced intense micromanagement.

When ambassadors visiting Washington have to ask permission to make appointments with members of Congress, as was the case in one bureau in which I worked, I have to conclude that members of the Foreign Service, regardless of rank, have little real autonomy.

How to Change the Situation

If the Foreign Service is to adequately serve the American people now and in the future, it is imperative that it become the professional service intended by legislation over the past 91 years. This is not an easy task. It requires political will from elected leadership to provide the necessary direction and resources. It also requires action on the part of every member of the Foreign Service.

Here are some of the actions I believe are necessary.

There should be training opportunities post-tenuring and at the mid-level designed to increase individual skills in primary career tracks, while also offering education in diplomacy and leadership.

Every member of the Foreign Service should be required to complete a year of academic study relevant to his or her career track before being eligible for promotion to the Senior Foreign Service.

The department should create a true “training float” of 10 to 15 percent above the level required to staff all authorized positions, to allow Foreign Service personnel to take long-term training without posts and bureaus having to suffer long gaps. This will require a commitment by the department’s leadership not to use these positions to meet future manpower requirements—a practice that consumed the two previous authorizations.

Ensure opportunities for professional development through assignments. In coordination with the White House, the department should ensure that an adequate number of senior positions (assistant secretary, ambassador, deputy assistant secretary, etc.) are designated to be filled by Foreign Service personnel.

Priority should also be given to assignment of Foreign Service personnel to lower-level positions, such as regional office directors and desk officers, as much as possible.

Attempts to obliterate the differences benefit neither, and do not contribute to national security in any meaningful way. Action needs to be taken to improve career prospects within both systems.

In addition, the Director General should be given more authority over discipline and career development of Foreign Service personnel.

Establish a formal code of ethics for the Foreign Service. An essential element of any career personnel system is a mechanism to provide basic standards and rules and to protect it from political abuse.

The American Foreign Service Association established a Committee on the Foreign Service Profession and Ethics in 2012 with the primary mission to develop such a code. I had the honor of being the first chair of the PEC and am happy to report that significant progress has been made on this during the past three years.

Working with the Institute of Global Ethics, the PEC conducted a worldwide survey of Foreign Service personnel and then began creating a draft code. Information on the PEC’s work can be found on AFSA’s website at www.afsa.org/ethics. Details on the results of the survey on professionalism and ethics can be found at www.bit.ly/1L1LoJq.

The first three steps I’ve outlined require buy-in from our political leadership. But the fourth—creation of a formal Foreign Service ethics code—is primarily our responsibility.

That the U.S. Foreign Service is made up of people who conduct themselves professionally is not in question—but we have yet to achieve true professional status. It’s not enough to call ourselves a profession. We must be acknowledged by those outside the fold as such. Fortunately, we have the ability to influence external opinion by acting as an organization to clearly define what we are, and what we aspire to be.

As a global power that must grapple with issues that affect not only the lives of every American, but the lives of people throughout the world, we need to field a diplomatic team that can do more than punch above its weight. We need to be represented by professionals in fact, as well as name. 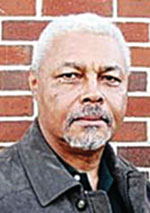 Charles A. Ray retired from the Foreign Service in 2012 after a 30-year career that included ambassadorships to Cambodia and Zimbabwe. Ambassador Ray also served as deputy assistant secretary of defense for prisoners of war/missing personnel affairs, deputy chief of mission in Freetown and consul general in Ho Chi Minh City, among many other assignments. Prior to joining the Foreign Service, Amb. Ray spent 20 years in the U.S. Army. He was the first chair of AFSA’s Committee on the Foreign Service Profession and Ethics, and does freelance writing and speaking.