The July-August issue explores the state of diplomacy today. 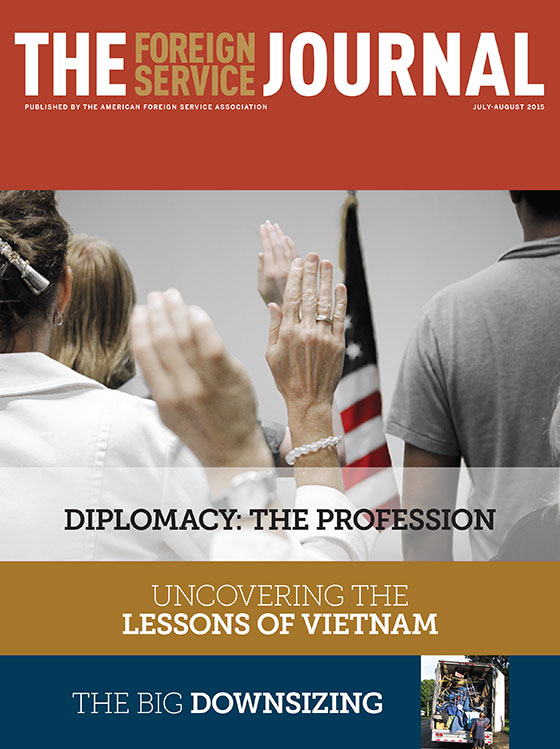 American Diplomacy at Risk: A Report from the American Academy of Diplomacy

The Foreign Service is being deliberately undermined, a new AAD report warns. The Academy offers 23 recommendations to reverse the threat to American diplomacy.

The State of the Foreign Service: Continuing the Conversation

Five Things You Should Know about the QDDR

A participant in developing the 2015 Quadrennial Development and Diplomacy Review summarizes its highlights for skeptics.

George Kennan On Diplomacy As a Profession

In 1961, the legendary diplomat talked with his colleagues at AFSA about the profession of diplomacy.

Uncovering the Lessons of Vietnam

Here are some lessons learned on the retirement transition from a member of the Foreign Service who's been there recently.