Boom! An explosion, then silence. A bazooka shell struck the building next to the hospital in Aden where I had just given birth to my second daughter, Elizabeth.

Now part of Yemen, the city was the capital of a British colony known as the Federation of South Arabia. In March 1965, local militants were already competing to take over after the Brits left, which they did three years later. (Sadly, a half-century later, violence is still Yemen’s best-known attribute.)

To reach Aden, my Foreign Service husband, David, our older daughter, Cynthia, and I had puddle-jumped across the Red Sea in the small plane of a local airline. From its window, I had looked down to see volcanic mountains—sharp, rugged, intensely black and completely bare—thrust directly from the sea around an off-center crater.

On a small, sea-level strip on the north side of the peninsula were the houses and port facilities of this major refueling stop on the lifeline to India. Surrounded by water, Aden receives no cooling desert breezes at night. Nine months of the year, the city is a steam bath at midnight, as well as at high noon.

When we first arrived, the atmosphere was relaxed and happy. Out walking at night, you could see parties on the roofs of all the buildings. It was a magical time filled with tradition.

The beautiful white ships of the P&O steamship company docked to refuel below our dining room window. They were outlined from bow to stern with strings of white lights. The ships, only in port for four hours at a time, came through the Suez Canal on their way to India. Before drawing the drapes at a dinner party, I would look to see if a ship was docked below.

In those narrow streets, assassinations were becoming more frequent.

The night before Christmas 1964, militants threw a grenade through a window where a party was in progress, killing a teenage girl home from England. After that, the sound of bombs exploding could be heard each evening. Visiting newspaper correspondents were amazed that we didn’t all run to the windows at each explosion, but we soon knew by the sound exactly where the bomb had gone off.

Although I continued shopping in the port area, I no longer went to the Crater— the center of Aden. In those narrow streets, assassinations were becoming more frequent. I worried about my husband who, as an economic officer, made frequent trips to businesses there.

Despite its troubles, Aden was still a thriving city. One of the most interesting aspects was the number of nationalities that formed the local population. In addition to Arabs, who mostly came from Yemen, local residents included Indians and Jews. Muslim women from Somalia and Christians from Eritrea worked as ayahs, taking care of children.

Shops were open according to the religions of their owners. On Fridays, Arab businesses were closed; on Saturdays, Jewish establishments; and on Sundays, the Indian stores.

During our two years there, we enjoyed many British pastimes, living as normal a life as we could. There were beaches with wire netting to keep sharks out, and we visited them frequently.

Shopping in the Crescent—an emporium that boasted products from the whole world—I often walked around a park with a statue of Queen Victoria seated. I could buy woolens from Scotland and silks from India. I loved the bone china from England and the fascinating clocks. Tourists from the refueling ships snapped up cameras and hi-fis at greatly reduced prices.

Looking back, I feel privileged to have witnessed the last days of the British Empire on that black rock. By the time Aden received its independence in 1967, we had already left. But I read in a magazine that the British moved the statue of Queen Victoria onto a ship, and the last troops marched aboard while the Highland Guard piped the “Stony Shores of Aden,” an old Scotch ballad. 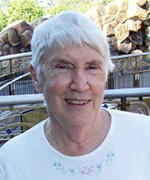 Kate Carr was posted with her FSO husband David in Aden for two out of the 18 years they spent in the Middle East. The Carrs left Aden sailing through the Suez Canal, which was closed five months later for eight years by the Six-Day War. David Carr retired from the Foreign Service in 1993, and the couple live in Fort Collins, Colorado.