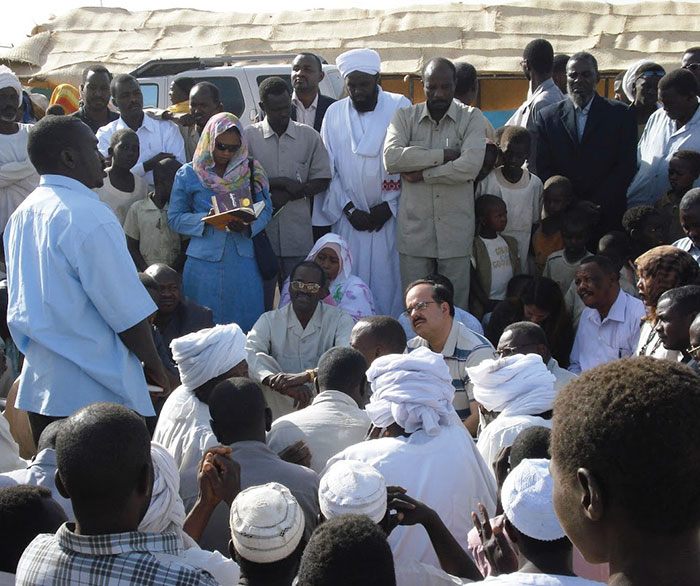 Glenn Beck once called me an “enemy of the state,” and “not a patriot.” He did this on CNN during prime time, before his descent into the fringes of apocalyptic Internet television, in reference to a single phrase from a 30-minute interview I did on Al-Jazeera (in Arabic) in October 2006. My concession that “there was U.S. arrogance and stupidity in Iraq” briefly but intensely caught the attention of the media and blogosphere.

Beck was joined in his outrage by Michelle Malkin, the New York Post, National Review and assorted bloggers, all participants in what Middle East scholar Marc Lynch called “the Fernandez Stupidstorm.” Lynch, one of the few Westerners who actually watched and understood the entire interview, was an informed defender, as was Robert Satloff of the Washington Institute for Near East Policy, writing in the Weekly Standard. My hometown newspaper, the Miami Herald, also came to my defense.

I received a dozen calls from total strangers telling me that I “should go back to Mexico (or Venezuela or Mecca or Tehran)” or congratulating me for “coming out against the war/sticking it to the Man.” Some good came out of the notoriety, too: I reconnected with an old Army buddy and with a good friend from high school. And a leading Egyptian magazine, Rose al-Youssef, produced a puff piece on “The Fate of the Man Who Told the Truth.”

Yet except for a few foreign policy cognoscenti and Middle East scholars, almost no one knew actually what they were talking about. Both the right and the left were wrong. I had neither come out against the war, nor broken new ground in what was one out of more than a hundred sentences I uttered.

“Mistakes Have Been Made”

Unknown to Beck and most people, the phrase wasn’t even mine. I had cribbed it from remarks that U.S. Ambassador to Iraq Zalmay Khalilzad had delivered a few weeks before my Al-Jazeera appearance. Speaking on Oct. 5, 2006, in Baquba, Amb. Khalilzad had admitted that “mistakes have been made over the past few years. There have been times when U.S. officials have behaved arrogantly and were not receptive to advice from local leaders.”

Ironically, Zal made his remarks in English, but they were mostly reported in Arabic. Mine were in Arabic, but were posted by Reuters in English. I had read about the ambassador’s remarks on the front page of the leading pan-Arab daily, Al-Hayyat, in an article titled “Khalilzad: Arrogance and Stupidity by U.S. in Iraq.” The article went on to say that he had been referring to American incompetence in the reconstruction of Iraq.

Ironically, Zal [Zalmay Khalilzad] made his remarks in English, but they were mostly reported in Arabic. Mine were in Arabic, but were posted by Reuters in English.

One of the ambassador’s speechwriters contacted me after the uproar over my interview, noting that “in his remarks at the opening of the Baquba [Provincial Reconstruction Team office] a few weeks ago, he said that some U.S. officials had made arrogant and foolish mistakes during the occupation of Iraq. This is not only stating the obvious, but is a prerequisite to regaining some semblance of credibility with Iraqi and regional audiences.”

While I fully concur with that sentiment, I also still agree with what one smart senior official told me at the time: “You got caught; Zal didn’t. He got away with it. And no one in this building is going to make things worse by dragging him down to cover for you.” But I also treasure another message, from one of our most distinguished ambassadors, who wrote “whatever it cost you at home, out here your candor won credibility both for you and for the U.S., and cost the U.S. nothing.”

My presence on Arab-language media had been the culmination of a challenge that has bedeviled public diplomacy officers ever since the U.S. Information Agency’s consolidation into the State Department, back in October 1999. The role of PD officers in the field was clear, and so was the work of functional PD bureaus in the R family—Public Affairs, Educational and Cultural Affairs, and International Information Programs. But PD offices in geographic bureaus—the direct descendants of what had been USIA area offices—had struggled for relevance. All too often a PD office director would be reduced to touting an exchange program or performing artist's tour to bored bureau leadership more interested in the latest political developments occurring in the field.

When I took over the PD shop in the Bureau of Near Eastern Affairs in June 2005, I confronted the same challenge. The first thing we did was consolidate all bureau PD functions in one office, NEA’s Office of Press and Public Diplomacy. Previously there had been an Iraq PD office, an NEA Press office and the PD office. I also secured a promise that NEA/PPD would one day move into Main State (which was finally fulfilled in 2013, long after I left NEA). My job was to be office director, supporting PD offices in 18 countries, not an Arabic-language spokesman; but I wound up wearing both hats.

I was aided in my work by dramatic media developments in the region that policymakers considered extremely important. The years after 9/11 coincided with the flowering of Arabic-language broadcast media. This was the heyday of Qatari-controlled Al-Jazeera and its rival, Saudi-funded Al-Arabiya, as well as the U.S. government’s star-crossed effort to compete in that space, Al- Hurra. Satellite channels proliferated. After the war, Iraq alone had dozens of them. There were broadcasters and talk shows of every sort, hungry for content and viewers.

Under the able leadership of Frank Finver, we constructed a little cell to try to provide official voices who could speak to these audiences. We were empowered by the vision and insight of Under Secretary Karen Hughes, a controversial figure who did a far better job than she has been given credit for. Hughes had been forced to take a group of journalists along for her first visit to the region, a “listening tour,” and the coverage had been brutal.

But it was Hughes who, despite understandable uneasiness from the Public Affairs Bureau, encouraged PD officers to speak out more frequently, especially on broadcast television. She also pushed through the first of the regional media hubs, in Dubai; set up a rapid response unit; worked to realign PD positions overseas to reflect new realities; and funded the first practical workshops in Arabic to prepare FSOs to speak live on television. 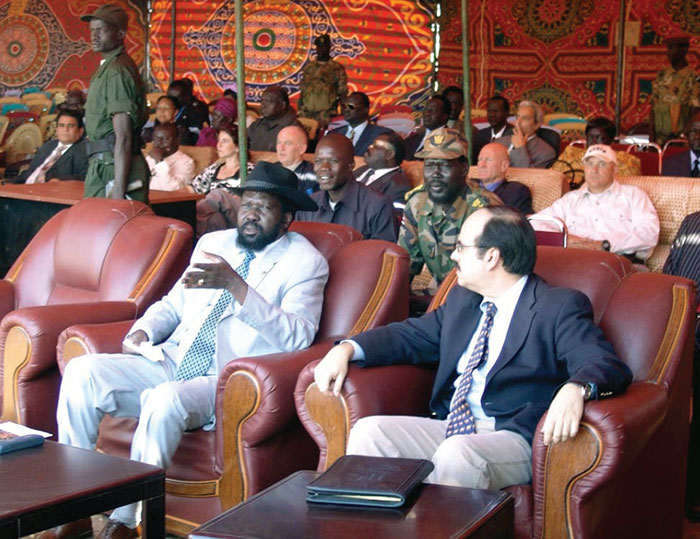 Meanwhile, our modest operation in NEA flourished. While our goal was to get the most senior department officials on the air, it usually fell to me to fill in when they begged off at the last moment. Satellite broadcasters wanted content and were eager for American guests, especially anyone who could engage audiences in Arabic, without filters or delays for translation. From 2005 to 2007, I carried out 71 percent of all NEA press appearances (426, most in Arabic), often subbing at the last moment for others.

We aimed to engage almost everyone in the region: local stations, Arab regime media and the Arabic service of Qol Israel, Islamist stations and the lively Lebanese stations tied to a particular party or confession (we did avoid stations connected to terrorist groups like Hamas and Hezbollah, and Iraqi insurgent groups, of course). But priority was given to the most popular stations: Al-Jazeera, Al-Arabiya and BBC Arabic Radio. Several years later, while serving as chargé d’affaires in Sudan, I was greeted at the Kalma Internally Displaced Persons Camp in Darfur by enthusiastic young refugees who claimed to have listened to me on BBC Arabic for years.

By far the most challenging of all venues were the shows featuring hourlong debates on Al-Jazeera. Ghassan Ben Jeddou’s “Open Dialogue” program (on which my notorious October 2006 interview occurred) from Beirut; Syrian Faisal al-Qassem’s “The Opposite Direction,” which often descended into shouting matches; and the more sedate “From Washington” program, hosted by Abderrahim Foukara from the station’s studios on K Street, were the most-watched programs on the most-watched channel in the Arab world.

I was not the first diplomat to venture into such forbidding terrain, to be sure. Veteran Arab-American PD officer Nabeel Khoury had begun doing those interviews at the beginning of the 2003 Iraq War. But I believe I was the first official American nonnative speaker to go on the debate shows and operate entirely in Arabic. Imagine going on live on “Crossfire” or “McLaughlin Group” in a language not your own, to debate a native speaker on the most contentious issue of the day! It was both exhilarating and terrifying.

Although I often had little time to prepare for “standups” (brief interviews on a breaking news item, usually done standing up and often at the mezzanine of the C Street entrance in the department), I usually had at least a few hours to prepare for the talk shows. I would take the latest press guidance and translate it by hand (the better to learn the vocabulary). Since the guidance was never long enough, I would glean whatever I could find from presidential remarks, from the Secretary of State and from senior officials, to supplement my talking points. The challenge came from the fact that the material was neither specific nor convincing enough for a fast-paced, dynamic media environment. You had to make your point quickly, or you would soon find yourself in uncharted territory.

The “Fernandez Stupidstorm” had a happy ending. Within 24 hours of the news breaking, I wrote up the usual, insincere “I misspoke” statement for release by PA and moved on. I took off a few days from press work and then returned to the fray. One Arab media wag joked upon my return that “Fernandez has now been liberated from Guantanamo after his recent misdeed.”

I was fortunate in the strong and constant support I received from Karen Hughes and from the NEA front office. The fact that we had been fully transparent with them all along about the scope of the challenge we faced, the risk involved and the volume and quality of our work, helped. It also helped that when senior officials looked at the full transcript prepared after the fact by the Open Source Center, they could see that I had defended rather than attacked the Bush administration. If I had truly wanted to denounce them, I would have used more of my allotted time to do so.

PD offices in geographic bureaus—the direct descendants of what had been USIA area offices—had struggled for relevance.

While others may draw different conclusions, the lessons I learned in those days, both before and during my brush with fame, have served me well in two tours as a chief of mission (in Sudan and Equatorial Guinea) and in my just-concluded stint as director of the Center for Strategic Counterterrorism Communications, a unique and worthy effort to conduct media outreach differently. Those lessons are:

• Be bold and unafraid in your dealings with the press.

• Document everything you do.

• Make sure to let your superiors know what you are doing and that it is difficult and inherently risky—before something bad happens.

• And, most important of all, don’t worry too much; enjoy your work and the people you interact with along the way. 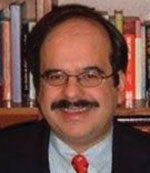 Alberto Miguel Fernandez spent 32 years as a public diplomacy officer in the Foreign Service, both with the U.S. Information Agency and the Department of State. He served as chief of mission in Sudan and Equatorial Guinea, in addition to tours in Afghanistan, Jordan, Guatemala, Syria, Nicaragua, Kuwait, the Dominican Republic and the United Arab Emirates. His last assignment before retiring from the Foreign Service in 2015 was as coordinator of the interagency Center for Strategic Counterterrorism Communications. He is a recipient of the Edward R. Murrow Award for Excellence in Public Diplomacy.