The Foreign Service Journal > May 2018 > Authoritarianism Gains in Southeast Asia

A new breed of autocrat seems to be taking root in Southeast Asia today. Is the “domino theory” finally playing out? 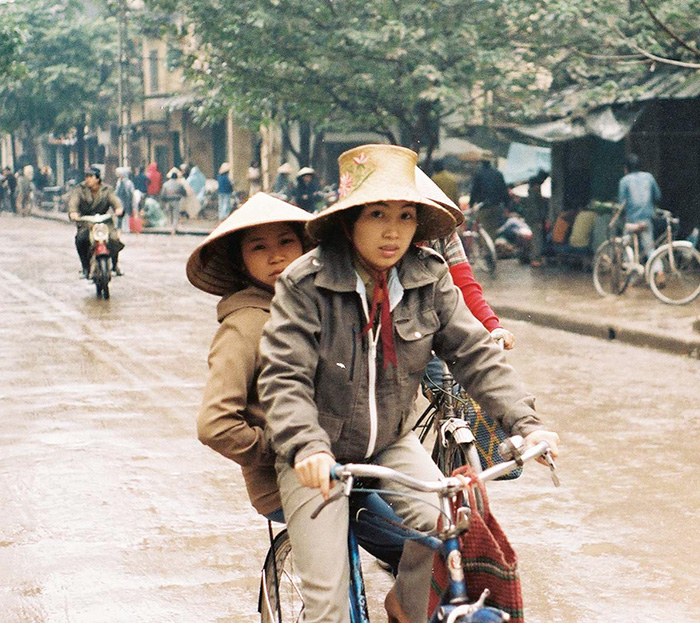 Women on bicycle in poor and cold Hanoi in 1988, when the regime first allowed foreign reporters in.
Ben Barber

It seems that the old “domino theory” is finally playing out; though not the original domino theory, which served to justify U.S. intervention in Vietnam. According to that theory, if we failed to win the war in Vietnam, communism would spread from Vietnam, Cambodia and Laos to take over U.S. allies from Bangkok to Singapore and Jakarta.

Today’s dominoes are not allies of Beijing or Moscow; nor do they practice central state economic planning. They are crony-capitalist, one-party states. They grow like bamboo, which spreads it shoots underground, past fences and across property lines and borders. Tough, flexible and expansive authoritarian regimes such as Vietnam have inspired former U.S. allies in Southeast Asia such as Thailand and the Philippines to stifle the press, curb democracy and quell critical voices that embarrass those in power.

In the shadow of China’s rise to world prominence during the recent period, elected leaders, independent courts, rule of law, religious tolerance and protection for minorities are being threatened or dispensed with in many Southeast Asian countries.

The United States poured two million American troops into Vietnam, Cambodia and Laos from 1965 to 1975, leaving 58,000 Americans dead and estimates of from 1.4 to 3.5 million civilian and combatant deaths in Vietnam, Cambodia and Laos. Presidents John F. Kennedy, Lyndon B. Johnson and Richard Nixon told us that we had to keep doubling down on troops, weapons and air power to prevent the dreaded domino effect, which would end our way of life.

Advised by Gen. William Westmoreland and other hawks during the Vietnam War, successive presidents vowed to bring our troops home, only to find it impossible to escape the political and military quagmire. The Soviet Union and China stood behind the communist forces in Indochina, fueling fear that if their surrogates won power in those desperately poor countries, this would pose a threat to America. In the end, the communist forces won. They were willing to suffer deeper and longer than we were. By 1975, our embassies were evacuated in Saigon, Vientiane and Phnom Penh. So we sat back and waited for the dominos to fall.

But by 1988, when the unified Vietnamese government finally allowed Western reporters in, it appeared that the communists had won the war but lost the peace. While people in Hanoi and Phnom Penh suffered from hunger and lack of medicine, electricity and soap, the more capitalist economies from Bangkok to Singapore were booming. While in Hanoi for the 1988 Tet New Year holiday, I saw people thin as rails sitting in cold damp houses and able to offer a visitor only unsweetened tea and candied vegetables. In a sharp contrast, Bangkok offered endless curbside restaurants providing prawns, fish, duck, rice and noodles.

So that year, without softening its absolute control over political power one bit, the communist regime in Hanoi opened its borders to foreign investment and trade. It allowed farmers to sell their rice on the open market instead of to the government at discounted prices. In one year Vietnam shot up to be the world’s second-largest rice exporter.

In the late 1980s, instead of the victorious North Vietnamese military forcing Thailand, Malaysia and the Philippines to become communist, the bustling Southeast Asian nations seduced the austere reds with an endless supply of consumer goods smuggled into Saigon. While government shops were mostly empty, the black markets sold Singaporean beer, Thai toothpaste, Malaysian pajamas, medicine, motorcycles, sugar, rice and televisions. This seduced the communist nations: they created crony capitalism with a socialist tinge.

Murray Hiebert, a Southeast Asia expert with the Center for Strategic and International Studies in Washington, told me in a recent interview that although the United States spilled its blood and treasure in Vietnam, Cambodia and Laos, and then re-engaged in the region under President Barack Obama, there is no longer a tight American connection to Indochina.

Vietnam, which Hiebert recently visited, is booming, but it seeks economic advantage out of closer ties to Washington. The United States recently sent an aircraft carrier on a friendly visit to Vietnam, a far cry from the days when U.S. warships attacked North Vietnam. Meanwhile China is building the Belt and Road Initiative to spread trade and influence—and it is not talking about human rights.

Today’s dominoes are not allies of Beijing or Moscow; nor do they practice central state economic planning.

Although the communists loosened central control over the economy, the regimes of Indochina remained ready to imprison, silence and punish those who would seek to seriously challenge authority. So by 1990, when communism had collapsed globally as an economic system from Moscow to Beijing, Prague, East Berlin and Indochina, Vietnam and its allies Cambodia and Laos kept the authoritarianism at the center of their political systems alive. And that is now spreading to other countries in the region.

China has advanced this process, its giant industrializing shadow falling across countries where an ethnic Chinese trading subculture has long been both admired and resented. In its early years of authoritarian capitalism, China showcased a non-Western way to get rich and stifle opposition at the same time, without democracy or respect for human rights. The Chinese Communist Party showed it was possible to save face, crush the opposition and still nurture a crony capitalism that supplied world markets.

Russia, too, provided a boost to autocrats worldwide as Vladimir Putin and his allies seized control of the Russian economy and media. Now Putin polls at 80 percent approval and has just been elected for another six-year term. There is no alternative view permitted in the Russian media.

“The real story of the state of democracy in Southeast Asia is not the threat of contemporary reversal—it is the strength of durable authoritarianism in the non-democracies,” Cornell University’s Thomas Pepinsky wrote recently in Australia National University's online publication, East Asia Forum.

“What makes the politics of disorder a thorny problem for Southeast Asian democracy is that these illiberal policies are popular among many citizens,” Pepinksy added. 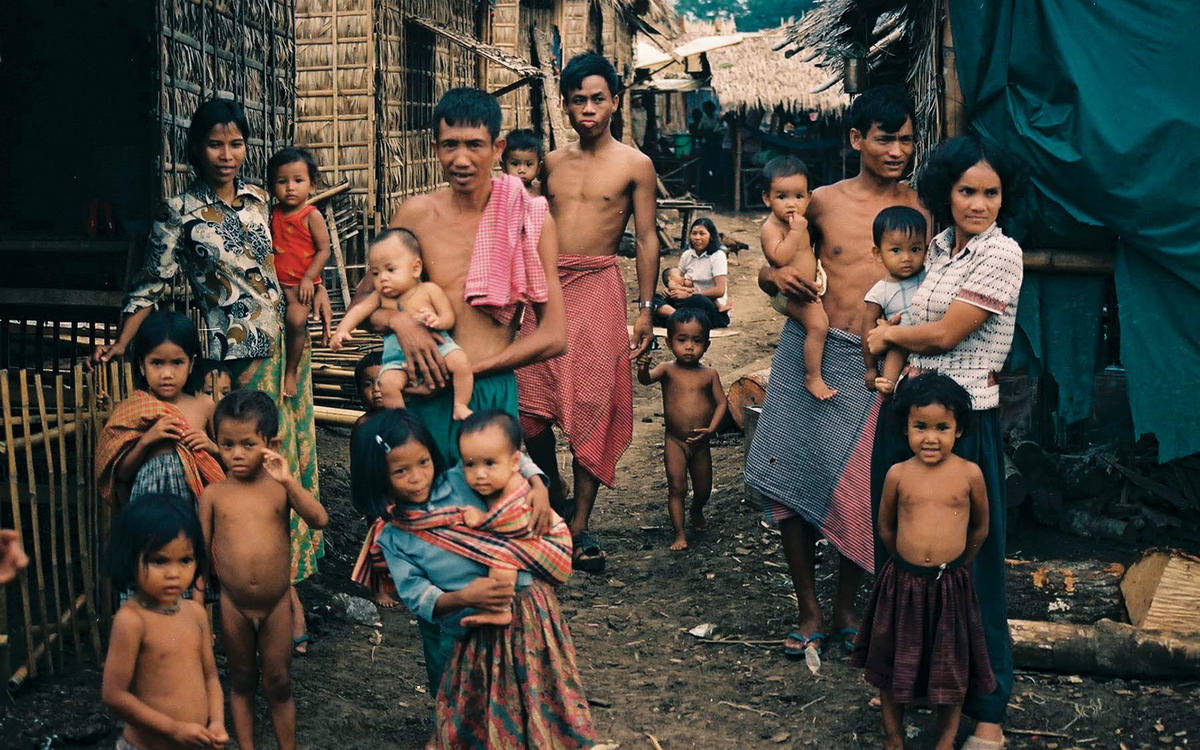 The only Khmer Rouge refugee camp in Thailand, shown here in 1988, was the most active in fighting the Vietnamese occupation of Cambodia just across the border. The camp was located on a main road leading to Bangkok, and many feared it would be the first “domino” to fall. But the Vietnamese never invaded, and the refugees were repatriated to Cambodia after the 1991 peace accord.
Ben Barber

Islamic Militancy and Other Factors

The failure of the 2010-2011 Arab Spring gave yet another boost to hardliners in Southeast Asia. From Egypt to Tunisia, Libya to Yemen, the fall of dictators led to chaos and Islamic militancy. Only the staunch monarchs in Morocco and the Persian Gulf kept the lid on and ensured domestic peace, at the cost of stifling the tender shoots of democracy.

This virulent religious view has already joined the authoritarian trend in Southeast Asia. Indonesian politics is living in the shadow of hardline Islamist groups, some of them linked to attacks on foreigners and Indonesian Christians. Other Islamic fighters have taken over parts of the Philippines.

Other factors behind the growth of authoritarianism have been population growth and ethnic rivalries. Some countries such as the Philippines failed to provide or sufficiently promote contraceptives to limit family size, and so tens of millions of young men found themselves without land or jobs. Ethnic rivalries could be kept from erupting by authoritarian regimes.

Burma has long used fear of restive separatist minorities to rally support for the most violent military repression. Karen, Kachin, Shan and other hill tribe fighters who made it through malarial jungles to the Thai border told us of rape, murder, burning villages, forcible recruitment as porters and other terror by Burma’s army. When peace talks seemed to bear fruit, the fighting would reignite, possibly to gain support from the ethnic Burman people who are the core of the county.

China showcased a non-Western way to get rich and stifle opposition at the same time, without democracy or respect for human rights.

“Southeast Asia is and always has been well on its way to being a democratic abyss,” Dan Slater of the University of Michigan wrote recently in the East Asia Forum.

The Trans-Pacific Partnership was to have linked together the U.S. economy with allies including Southeast Asia. But President Donald Trump pulled out of the accord, and it now languishes as China expands. A year after Trump’s inauguration, no one has been confirmed as assistant secretary of State for East Asian and Pacific affairs.

The ASEAN countries want trade with China but also want U.S. engagement in the region’s markets and diplomacy “as a hedge in case China gets rough,’’ says Hiebert.

It seems that the post-Vietnam War period, now receding in the rear-view mirror, was a booming time of openness, which may not survive the belated fall of the new dominoes. 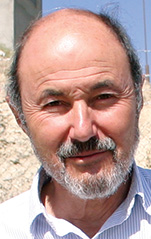 Ben Barber has written on foreign affairs since 1980 and has published in various outlets including The London Observer, USA Today, The Baltimore Sun, The Toronto Globe and Mail, The Huffington Post, McClatchy News and other publications. He was State Department bureau chief for The Washington Times, which nominated him for the Pulitzer Prize for a series on the Hmong in Laos, Thailand and the United States. From 2002 to 2010 he was a senior writer for USAID. His photojournalism book, Groundtruth: Work, Play and Conflict in the Third World (2014), is available on Amazon.