The Foreign Service Journal > May 2018 > What State Should Bring to the Table: Cultural and Language Expertise

When I served in Moscow I met with the head of Russia’s consular affairs bureau. I have forgotten his name, but will never forget what he told me about his career path.

He said that he had served with the Russian Ministry of Foreign Affairs for 21 years, and that 17 of them had been in Pyongyang. About his Korean-language skills, he said that if he was on the phone, Koreans thought he was Korean—he had no accent at all.

At the Russian Foreign Ministry, all my interlocutors spoke wonderful English and knew America well. All of them had been identified early in their careers as America experts, or at least English-speakers, and were put on career tracks that led to considerable time in North America. We always conversed in English, because their English was far better than my Russian.

No doubt the Russian diplomat who served 17 years in Pyongyang had a more difficult career than the diplomats who served in New York, Washington and Miami, but they all had one thing in common. All of them knew the language and culture of their assigned countries very well, and brought a high level of cultural and linguistic expertise to their tasks.

A Good Deal for Taxpayers

During my 25 years in the Department of State I have noticed that many other foreign ministries have a similar approach. These foreign ministries recognize that their interests are best served by developing diplomatic expertise over long years in similar cultural and linguistic environments. The taxpayers in these countries get a pretty good deal on language training when their diplomats return again and again to the same language environments.

Unless you have lived overseas for long periods, you might not understand why language and cultural awareness are so vital, and why they take so long to learn. To give a simple example, when I served in Manila we collected little gifts (pens, calendars, wine, etc.) and gave them to our local staff in a Christmas drawing. The holiday party was fun, and the staff left in a festive mood.

But when I tried the same thing years later in Hong Kong, the Chinese staff was subdued and even disappointed. A senior staff member came to my desk afterward and told me that they were all unhappy because they had “used up” their luck for the year on mere pens. Now they probably could not win the lottery.

Unless you have lived overseas for long periods, you might not understand why language and cultural awareness are so vital, and why they take so long to learn.

A better informed and more culturally astute officer would not have made this error. Of course, ruining a holiday party and dashing lottery hopes are relatively minor costs to bear. But imagine errors that ruin trade negotiations or even peace talks. Imagine a poor relationship with host-government officials when a plane goes down and we need to identify our citizens in a hospital or morgue. Imagine higher stakes than pens and calendars.

And realize that cultural and linguistic expertise are not built overnight, much less online. With apologies to the experts who claim you can learn Hebrew in three weeks, real linguistic and cultural expertise grow like vegetables, slowly and imperceptibly over a long period.

Before moving to a modest proposal to deepen the cultural and linguistic expertise of the Department of State, let me paint a contrast to the career path of the Russian friend I introduced in the first paragraph.

An American Foreign Service officer starts his career with some high school Spanish. The State Department, for whatever reason, decides not to build on that existing foundation. Instead, it teaches him Italian for six months and sends him to the Vatican for two years.

Now, after six years in English-speaking America, this officer is not conversant in any of the four languages he learned at great expense to taxpayers.

In the recent assignment cycle he bid on an Italian job and a Hungarian job, but received neither. Instead, the State Department assigned him to Shanghai via (you guessed it) one year of Chinese-language training. I am this officer.

My modest proposal is to move us around less, and incentivize us or force us (Pyongyang, anybody?) to concentrate on fewer areas and languages. Instead of the current helter-skelter approach to assignments, develop a system that truly enables the State Department to bring cultural and linguistic expertise to the table. When we do this right, we are outstanding and are a huge asset to the United States.

How do I know? Because there are many examples, current and historical, of Foreign Service officers who brought this expertise to bear to America’s benefit. We used to have more “China hands” and “Russia hands”—people who could be counted on to know their own country and the country in which they served.

In retrospect, I wish that my career had looked more like theirs. For various reasons—some of my own making, and others due to a system not organized to value long service in a few places—I have a little Russian, a little Hungarian, some rusty Italian and some even older Spanish. Let’s not even talk about Chinese.

We can do far better, and at lower cost. We can strengthen the State Department, better promote our national interest and give the taxpayers more value for their language training dollar. 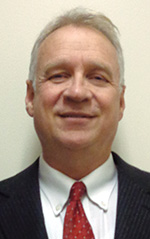 FSO Phil Skotte currently serves as the Bureau of Consular Affairs liaison with the intelligence community. He joined the Foreign Service in 1993 and has served previously in Manila, the Vatican, Hong Kong, Budapest and Moscow. His domestic assignments include work as a foreign policy adviser for special operations at the Pentagon and director of American Citizen Services worldwide. Prior to joining the Foreign Service, he worked as a commercial fisherman in Alaska, a schoolteacher, an athletic director and a ship’s carpenter. The views expressed in this article are those of the author and not necessarily those of the U.S. government. 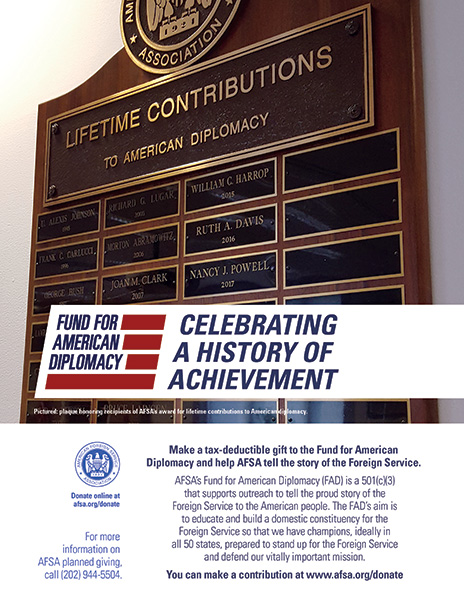