Other useful reports include McKinsey & Company studies; the Center for Strategic and International Studies’ “The Embassy of the Future;” the Foreign Affairs Council’s biennial reports; the American Academy of Diplomacy and the Stimson Center’s 2008 report, “A Foreign Affairs Budget for the Future;” and AAD’s 2012 “Diplomacy in a Time of Scarcity.” AAD’s newest report, “American Diplomacy at Risk,” released in April, recommends additional ways to strengthen the State Department.

The department values and draws from these insights. To enhance our institutional and human resource capacity, we look to shape and strengthen the Foreign Service workforce we will need for 2025 and beyond. It is essential we do so, urgently and smartly, if we are to advance America’s values, interests and national security goals—broadly defined—over the next quarter-century.

Looking at the landscape ahead of us, the United States—and more particularly the State Department and the Foreign Service—confronts three separate but interrelated challenges.

First, we face an unprecedented array of external threats and dangers that demand our attention and leadership. Today’s international environment is characterized by forces of disruptive change—messy, fast-paced and producing instability and unpredictability. Although the dangers of Cold War-era nuclear confrontation are not as great and immediate as they once were, other challenges have arisen that are more complex, virulent and dynamic than even just a generation ago.

Some are urgent and acute, requiring immediate action; others are chronic and protracted, but still require relentless attention. Some must be contained and managed; and others require concerted, collaborative intervention over a sustained period of time. Even a partial list of the challenges is dizzying:

Given the speed of transportation and information, the relentless news cycle and the social media revolution, we often face very short response times—whether to address the substance of the challenge or to get out our message about what we are doing. In many cases, analyzing the problem is relatively easy; devising prescriptions is harder, and applying a remedy harder still.

We face an unprecedented array of external threats and dangers that demand our attention and leadership.

Second, we must deal with a more complex domestic environment. From a high point during the Truman administration, the State Department’s preeminence in foreign policy has waned. Executive-legislative dynamics—notably, in regard to prerogatives, authorities, policy priorities and budgets—have affected the role and capacity of State and other departments in foreign policy.

Since 1945, and particularly since 2001, many more federal departments and agencies participate in foreign policy advocacy and execution. Congress, with its committees, powerful chairs, caucuses and activist individual members, is a consequential player.

Other actors have entered the foreign policy arena, as well: states, cities and localities; nongovernmental organizations, policy advocacy groups, and constituency, trade and commercial groups; the media; and the courts, usually via cases brought before them contesting prerogatives, legislative acts, obligations and rights, and compensation for terrorist acts.

Third, the State Department has internal stresses arising from feast-and-famine hiring and from institutional growing pains. Over the past 15 years, the department has undergone a significant transformation. Even more than before, we need great employees from diverse backgrounds, who are prepared to serve in tough places and do tough things.

We have gone through institutional shifts, folding in the U.S. Information Agency and the Arms Control and Disarmament Agency and forging a new relationship with the U.S. Agency for International Development. After 9/11, we added bureaus for Energy, Conflict Stabilization and Counterterrorism. We restructured other bureaus, shifting personnel to where they were most needed and staffing “mega” embassies. We added 500 Arabic-language speakers and 40 Pashto speakers. And we opened 20 posts in Muslim countries and focused greater attention on religious freedom, anti-Semitism, trafficking in persons, global health and global women’s issues.

That earlier surge in hiring has now screeched to a halt, barely keeping pace with attrition. And the outlook is for continued fiscal tightness, even as we risk losing seasoned employees with exceptional experience and expertise to retirement, selection-out or resignation as the economy improves and large cohorts compete for a relatively static number of promotion opportunities at higher grades. The large intakes from the Diplomatic Readiness Initiative and Diplomacy 3.0 now confront the predictable tightening of promotion rates as the number of higher-graded positions naturally tapers at mid- and senior levels.

All these trends put a premium on more, and better, employee engagement.

From a high point during the Truman administration, the State Department’s preeminence in foreign policy has waned.

We can predict with high confidence that over the next quarter-century, the world will continue to be a messy place that requires U.S. leadership. We can also forecast that more, not fewer, U.S. stakeholders will look to participate in foreign policy formulation and execution. That means we as a department must be much better managers, especially with regard to our talented employees.

The diplomatic knowledge, skills and competencies that have always marked Foreign Service excellence will be in greater, not lesser, demand. At the same time, President Barack Obama and Secretary of State John Kerry have challenged us to be more flexible—to adapt and learn at a much more accelerated pace—and achieve results that matter. With that mandate in mind, the Bureau of Human Resources is committed to an overarching goal: to recruit, retain and sustain a diverse workforce geared to succeed in 2025 and beyond. We are moving forward on three tracks.

First, we are partnering with AFSA to develop and implement a professional code of ethics for the Foreign Service, based on our core values of accountability, character, community, diversity, loyalty and service. Bringing these values into sharper relief—and tying them to who we are and to what we do that is unique and consequential for our nation—is essential for our conversations with Congress and the American people. We not only want to forge a more capable FS 2025 workforce, but also communicate our accomplishments strategically and well.

Second, we are focusing on improving operational effectiveness. One component is workforce flexibility: tapping into and expanding family member employment; and better using limited non-career hiring to meet short-term needs, notably for consular responsibilities. Another component is work-life wellness that builds employee empowerment and boosts morale and productivity.

We will also push greater Service efficiencies through standardization, regionalization and centralization of support functions, with an emphasis on impact—attaining diplomatic and foreign policy goals. By reducing structural rigidities, bottlenecks and complexity, employees can devote less time to internal coordination tasks and more time to delivering on goals.

Third, we want to devote greater resources to professional development. Partnering with the Foreign Service Institute and the Management Bureau’s Office of Management Policy, Rightsizing and Innovation, we are using the Culture of Leadership initiative to better align recruitment, training, bidding and assignments, and employee performance management. FSI is revamping many of its courses to concentrate on concrete, practical training and coaching, not just mentoring.

Within HR, we are advancing in three areas:

In overhauling the performance management system, we want to return time and value to employees, and accentuate personal growth and development. We are switching from a model that evaluates the six current competencies to one that appraises effectiveness, which integrates and implements the competencies, in three areas: people, policy and programs.

Our goal is not merely evaluative, but to build employees’ professional development, providing training and support so they become effective leaders, managers and diplomatic practitioners.

The State Department has internal stresses arising from feast-and-famine hiring and from institutional growing pains.

The Foreign Service is America’s front line. We are in the information business: identifying, analyzing, disseminating and making recommendations to prevent, preempt or solve problems. We are also in the networking business: identifying and cultivating programmatically influential people in all fields. And we are in the advocacy business: discussing, negotiating, persuading and convincing others to act with and for us.

None of that will change. We will continue to equip our employees with the resources and tools to succeed in an increasingly turbulent world.

At the same time, we know we are not the Foreign Service of 1950, 2001 or even 2010. More than ever, we need the very best people: the ones who see past the horizon; who are curious, innovative, tenacious; who show initiative, judgment, resilience, adaptability and perseverance. We’ve always had those employees, but it’s more important than ever to attract and prepare a workforce for the future, bearing in mind that such attributes are often best learned and honed through real-life experience.

The reforms we are launching are designed to do just that: build capacity, experience and perspective. We will retest, reevaluate and refresh policies and programs constantly. Our partnership with AFSA can both drive and smooth these changes.

A Foreign Service geared to and equipped for 2025 is not built in a day. But we are committed to that transformational goal. 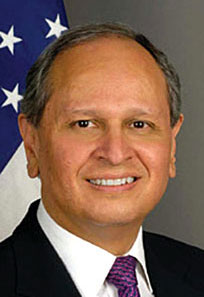 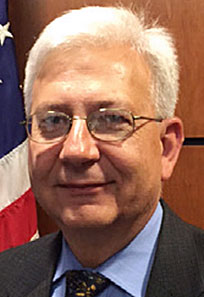 Arnold Chacón, a career member of the Foreign Service, was sworn in on Dec. 22, 2014, as Director General of the Foreign Service and Director of Human Resources. Prior to that, he served as ambassador to Guatemala (2011-2014), deputy chief of mission in Madrid (2008-2011) and deputy executive secretary in the State Department’s Executive Secretariat (2005-2007). He has also served in Latin America and Europe and at the U.S. Mission to the United Nations in New York.

Alex Karagiannis is a senior adviser to the Director General. A career member of the Foreign Service, he has previously served as DCM in Sofia, as an office director in the Bureau of European and Eurasian Affairs (twice) and as a visiting associate professor at The George Washington University.