I was assumed to be a spy when I was in seventh grade.
You see, I was an American living in Moscow, USSR,
And the oldest son of an American diplomat.
Accordingly, I was believed to be a threat to the Soviet Socialist Republic.
There were big, uniformed guards at the entrance to our apartment building,
Not so much to protect me from Russians,
But to keep track of my coming and going,
And to dispatch their spies to watch what I was up to.

You don’t believe me?
I was old enough, and had just enough Russian,
To go get a haircut on my own.
The barber shop was a few blocks away,
And I could walk there in just a few minutes.
Every time I went my guards would make a call,
So that two of their KGB agents could follow me.
They wanted me to know they were there,
Wearing coats on a warm day
When everyone else was in shirt sleeves,
Just in case I had any funny ideas.

I did have funny ideas.
I subscribed to Mad Magazine,
“Spy vs. Spy” was one of my favorite cartoons.
I was also reading Tolkien, books about Narnia,
And the great spy story, Kim by Rudyard Kipling.
Since I was sure my bedroom was bugged,
I used to talk and read things to my walls,
My very own information counter-offensive.
I wanted Them to know
That I knew They were there,
That I could play the Game too,
And I wanted to expose Them to the corrupting influence
Of a 12-year-old American Spy.

Jim Owen is the eldest son of the late FSO Robert I. Owen and Mary Owen. His father joined the Foreign Service at the end of World War II and served in the Dominican Republic, Finland, the Soviet Union, Germany and the former Yugoslavia, retiring in 1971. Born in Ciudad Trujillo (now Santo Domingo), Jim lived in Moscow twice during the 1950s, the second time as a middle-schooler in 1958-1959. Jim and his wife, Jan, settled in Maine in the early 1970s. To his delight, their twin daughters went just to Bangor schools until they left for college. Jim is now retired, and enjoys writing poetry. Photos courtesy of Jim Owen. 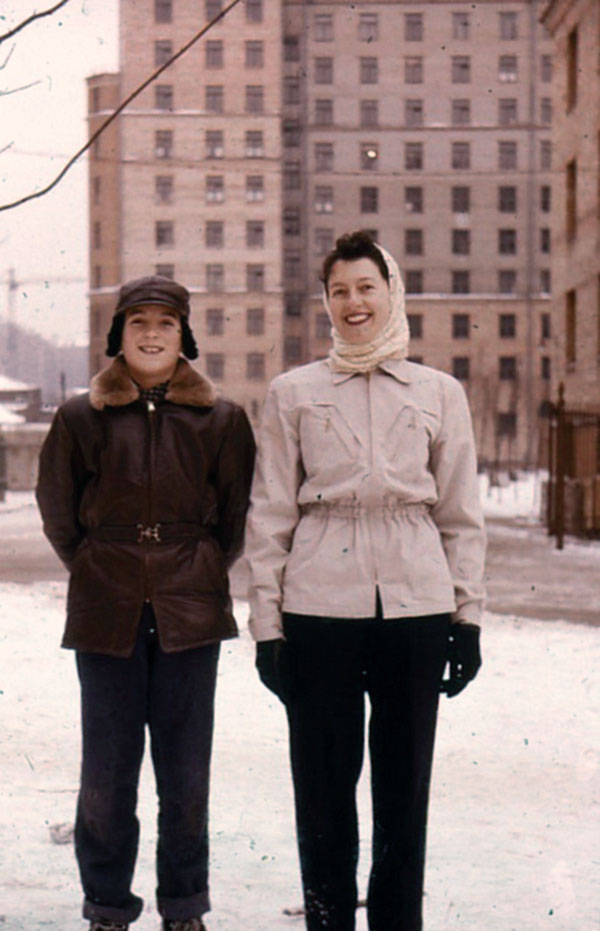 Jim Owen and his mother in front of their first apartment building. They were forced to move when the building was condemned. 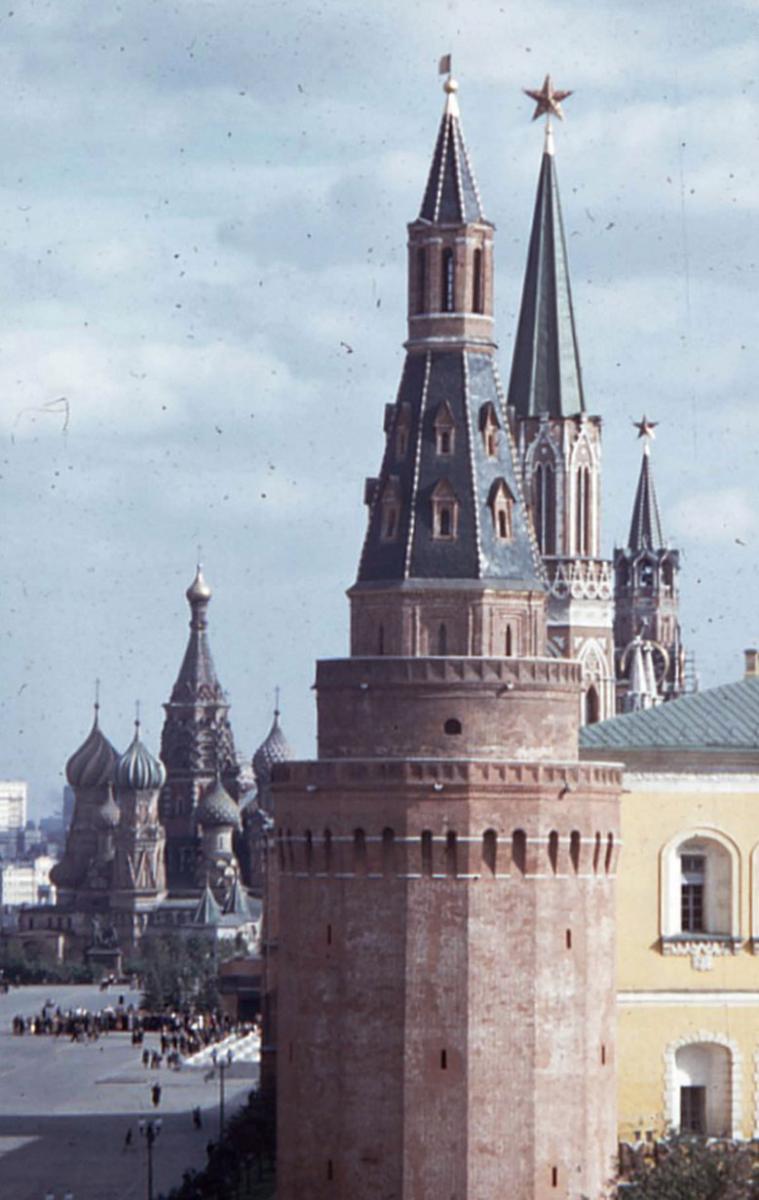 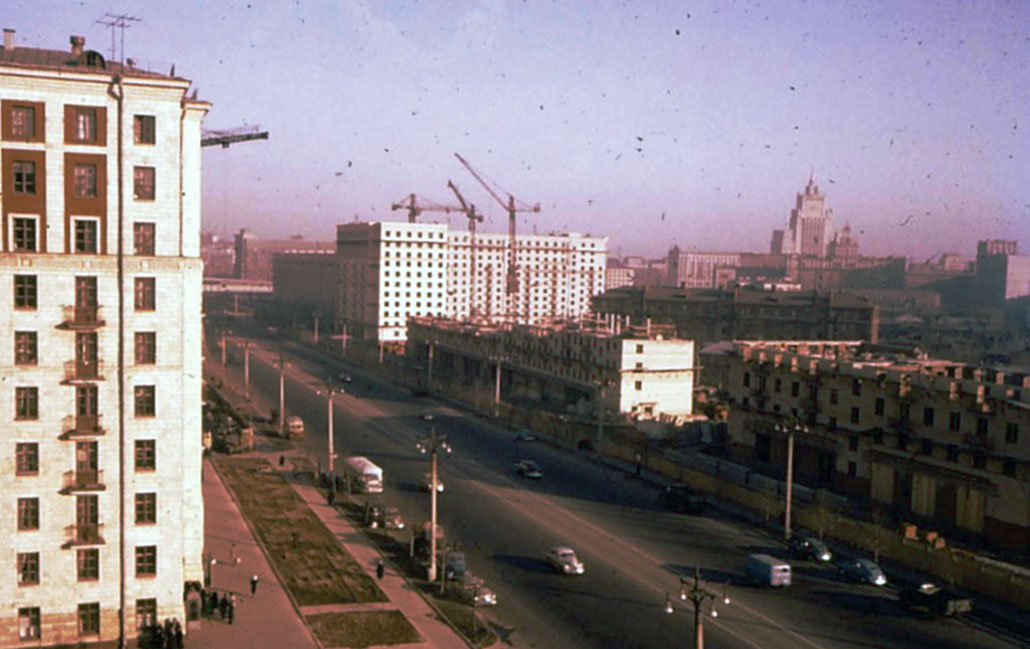 The view from their new apartment.