In Santo Domingo, U.S. Ambassador Raul Yzaguirre believed that education was the key to economic development and social stability in the Dominican Republic, and that improvement in education required an increase in the country’s budget. So Todd Haskell, the public affairs counselor, developed a strategic plan that included training and support for pro-education groups, a focused social media and traditional media campaign that supported education, and forward-leaning speeches and articles by Amb. Yzaguirre to endorse the efforts of a civic coalition.

The goal was to build political support for a long-ignored constitutional requirement that 4 percent of national income be devoted to education. Eventually, both major political party presidential candidates endorsed the concept; and after a closely fought election, the legislature enacted implementing legislation. One commentator called the ambassador’s vocal support a “tipping point” for its passage.

Ambassador Henry Ensher said Bethea’s work during a three-year assignment enhanced the overall political and commercial relationship between the United States and Algeria.

There should be no question that these examples demonstrate effective public diplomacy. Yet many in government are dissatisfied with how the global PD enterprise is measured and evaluated.

The Challenge of Measuring PD Work

The State Department and its predecessors have been trying various measurement and evaluation techniques for nearly a century. In 2006, the Office of Management and Budget rated public diplomacy field operations as “not performing—results not demonstrated.” The first problem, according to OMB, was that there was no “master strategy” to evaluate. If you don’t have clear objectives, how can you evaluate performance?

In September 2014, the United States Advisory Commission on Public Diplomacy issued a report, “Data-Driven Public Diplomacy,” that analyzed this challenge and made specific recommendations on how the State Department and the Broadcasting Board of Governors could use research to inform and evaluate PD campaigns and broadcasting programs.

The report reviewed major past projects like the “Advancing Public Diplomacy Impact Study,” which a few years ago compared favorability toward the United States among PD program participants to that of nonparticipants in seven countries. It looked to future improvements in Web and social media analytics, and made concrete recommendations: more research staff and money, exemptions from laws that restrict government surveys and data collection, and systematic data sharing among State and other agencies, notably the Defense Department.

The report marks an important step forward, and its recommendations are compelling. However, I think it’s fair to say that the commission’s viewpoint is Washington-centric. In my estimation, one improvement also described and endorsed by the commission outweighs all the others: making public affairs sections more strategic.

Many in government are dissatisfied with how the global public diplomacy enterprise is measured and evaluated.

The heart of public diplomacy resides in U.S. embassies, advancing U.S. interests and improving bilateral relations. Yes, there are important cross-cutting global issues that appeal to multilateral audiences, and they are being addressed in Washington and in the field. But most key decisions are still made in the capitals and major cities of the 189 countries where the United States maintains embassies and consulates. Every mission has a specific list of priorities to protect American security and national interests, and most of those priorities require support from sectors of the national public.

In my work as an instructor at the Foreign Service Institute, I have been able to look at scores of public diplomacy projects and programs around the world. I’ve seen very impressive work. But too often, public affairs sections seem disconnected from specific policy initiatives.

Many PD staffers have trouble articulating the links between their work and policy advocacy. Media activities too often do little more than repeat generic messages from Washington and promote embassy events. PD professionals feel that the approach is too reactive, and some complain that their mission’s front office changes priorities unexpectedly, appearing to be most interested in publicity and representational resources.

Harnessing public diplomacy more effectively to substantive mission priorities is the focus of an important initiative that is neither well known nor understood. In 2013, the under secretary for public diplomacy and public affairs (called R on State’s organization chart) asked all public affairs sections to draft a Public Diplomacy Implementation Plan. For its plan, each PA section is asked to:

• Explain how the public affairs office will advance each chosen objective, using all resources—from social media and grants to educational exchanges; and

• Describe what results can be expected from the effort.

The mandate doesn’t stop with a plan document, but involves reporting throughout the year. The Mission Activity Tracker, a companion Web-based data system, allows staff to record significant activities that follow from the plan, as well as results (e.g., audience feedback or favorable developments that can be linked to the event). The MAT has been around for more than 10 years, and has been improved to the point where it is intuitive and easily searchable. While there is no formal evaluation report, the implementation plan is to be reviewed and resubmitted annually.

Most posts submitted plans last year, and reaction from PD professionals has been constructive, judging from my interaction with FS and local staff. The great majority of them also feed data into the tracker.

The new system has the potential to provide Washington more granular and realistic evaluations at the same time that it makes public affairs sections more effective. Consider these benefits:

• Until now, most mission strategy papers have adopted broad PD goals about increasing mutual understanding or shaping the media narrative, without specifying which bilateral issues they address. The new document focuses on missionwide objectives.

• Both the planning documents and the activity tracker can be viewed by anyone who has access to State’s unclassified but protected OpenNet network. This allows PAOs to compare notes with other posts or read in on a future assignment. Desk officers can search and analyze reported activities across one or many posts. Some bureaus already use MAT entries instead of cables or email for routine reporting.

• The entire MAT suite (including a couple of tools still in development) uses a standard set of categories for audiences, programs and topical themes. That imposes uniform standards of practice and promotes accountability. PD expenditures at posts are now coded by categories to indicate how outlays correlate with stated priorities.

• The plans enable Washington to know much more concretely what posts have prioritized. That sets up a basis for tactical decisions and evaluation, as well.

All good news. So what’s the problem?

It’s a campaign approach—setting a strategy to solve a problem and evaluating progress at regular intervals.

The “strategic cycle” (Washington’s term for the planning suite) is new and fragile, and it is planted on stony ground.

While compliance was good the first year, deeper buy-in is far from guaranteed. There is a school of thought that “you just can’t measure success” when trying to change attitudes; so why try?

It is easy to treat the scheme as merely a paperwork exercise. Creating and following a strategy is a new discipline for most PAOs—one that has been neglected since State took over the PD function in 1999. Planning and logging activities involves the whole section—Foreign Service and local employees—and takes time, which is in scarce supply in the PD business.

The electronic tools are being improved, but will require further refinement. And that involves long-term budget support.

This second year of the initiative is critical. PAOs in the Near East and South Asia are only now submitting their first implementation plan. The Integrated Country Strategy exercise, a missionwide prerequisite for the PD Implementation Plan, was due last January for those regions. Public affairs officers will need incentives and training to adopt the new mindset. Regional bureaus will need to enforce compliance and use the system’s capabilities. And R will need to continue providing both thought leadership and money. It will take several years for the new system to become the norm.

The payoff will be a more muscular public diplomacy. It’s a campaign approach—setting a strategy to solve a problem and evaluating progress at regular intervals.

Instances of this new approach have been evident over the past few years. For example, the under secretary’s office has allocated extra funds to posts on the basis of competitive proposals specifying desired outcomes. That rewarded strategic thinking. This past year, the Washington PD bureaus have been conducting campaigns to advance global policy issues and cultural exchange initiatives.

Public diplomacy is about more than getting people to like America. It is an instrument to promote change and sway audiences in ways that benefit the United States: an investment treaty, perhaps, or military cooperation, or action to combat disease or limit damage to the environment.

The entire country team has a stake in making PD more strategic. The public affairs section is meant to be a full partner with the political, economic and other mission elements. The new tools and approach of the PD strategic cycle enhance the capabilities of the embassy at large.

Leaders in Washington, and especially those posted abroad, should give public diplomacy’s strategic cycle the support that it needs. 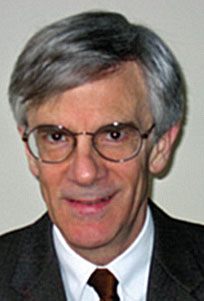