From Consul General to Police Volunteer

Police work offered me a way to keep on watching that endless parade of human experience that I loved as a consular officer.

BY ANN B. SIDES 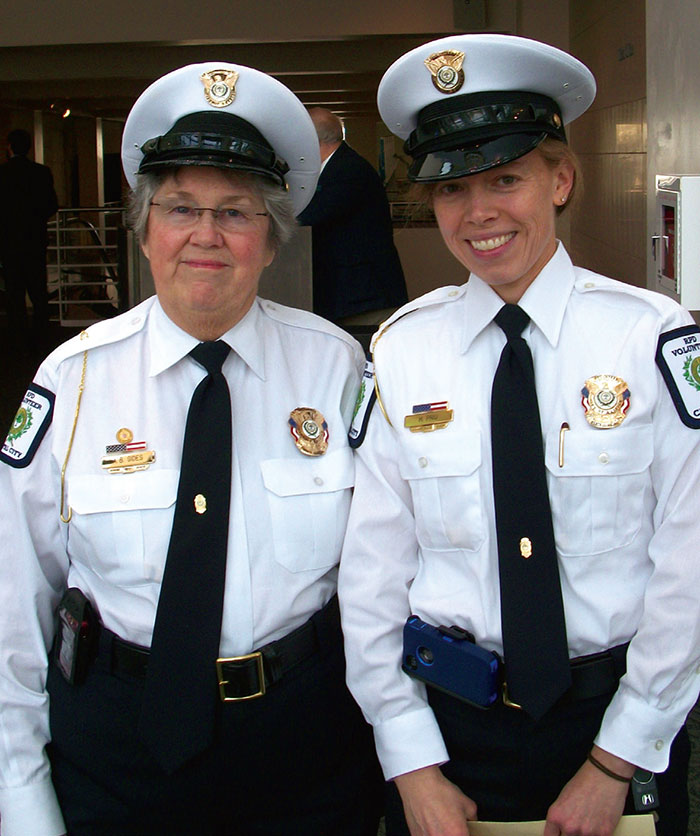 Ann Sides, left, and Heidi Priu, a former Secret Service agent, enjoy their work as volunteers with the Raleigh Police Department.
Courtesy of Ann B. Sides

“Police volunteer? Why on earth would you want to do that?!”

I’d met my fellow retired ladies for lunch, a monthly ritual. I was looking forward to telling them I’d at last found a volunteer program that excited me. I hadn’t expected such a skeptical response.

“I thought it sounded interesting,” I said. “I like working with people.”

“Will you be able to make arrests?”

“How will you feel if you have to see a dead body?”

In my career as a consular officer, I’d already seen my share of dead bodies, but it’s not a fact I talk about at the table with my lunch buddies.

Since becoming a Raleigh, North Carolina, police volunteer I haven’t viewed a single corpse, but I’ve had satisfying, responsible, varied assignments. I was drawn to police work because it offered me a way to keep on watching that endless parade of human experience that I loved as a consular officer. Most important of all, to me, is that I’ve been able to continue being a public servant and use many of the skills I acquired in 28 years as a Foreign Service officer.

Right now, I’m assigned to the Family Violence Intervention Unit. Every time a patrol officer files a report on what the cops call “a domestic,” a uniformed officer or detective from my unit follows up. Some “domestics” are very serious, leading to complex investigations, arrests for felonies, trials, protection orders and relocation of victims. They require many hours of the police officer’s time. Others concern conflicts that may be distressing to the people involved, but don’t land the participants in the hospital or in jail. That’s where I come in. I do most of my work on the phone, contacting the complainant and finding out if the problem is ongoing or resolved and whether there is anything further the police department can do. The idea is to try to prevent domestic violence, rather than just respond to it.

For example, I’ll connect the teenage son of an alcoholic with an Alateen group, the daughter of an aggressive dementia patient with a caregiver support circle, or the parents of a difficult teenager with a family counseling service. If my inquiries suggest the domestic conflict is escalating, I’ll take my notes to one of the uniformed officers or detectives I work with for further action.

Some of my cases are banal, some unbearably sad—especially if children are involved—and a few are just downright weird. With every case, I prepare a brief written record. It may be used in court and must be clear, concise and factual. As in consular work, I’m often eliciting personal information from people who may be scared, defensive or embarrassed. I have to be patient and tactful.

Raleigh isn’t the only American city with a police volunteer program: Provo, Utah; Bellevue, Washington; Huntington Beach, California; Clearwater, Florida; and dozens of other American municipal and county law enforcement bodies have volunteer organizations. They tend to be found particularly in places that have embraced a “community policing” approach to law enforcement, as Raleigh has. 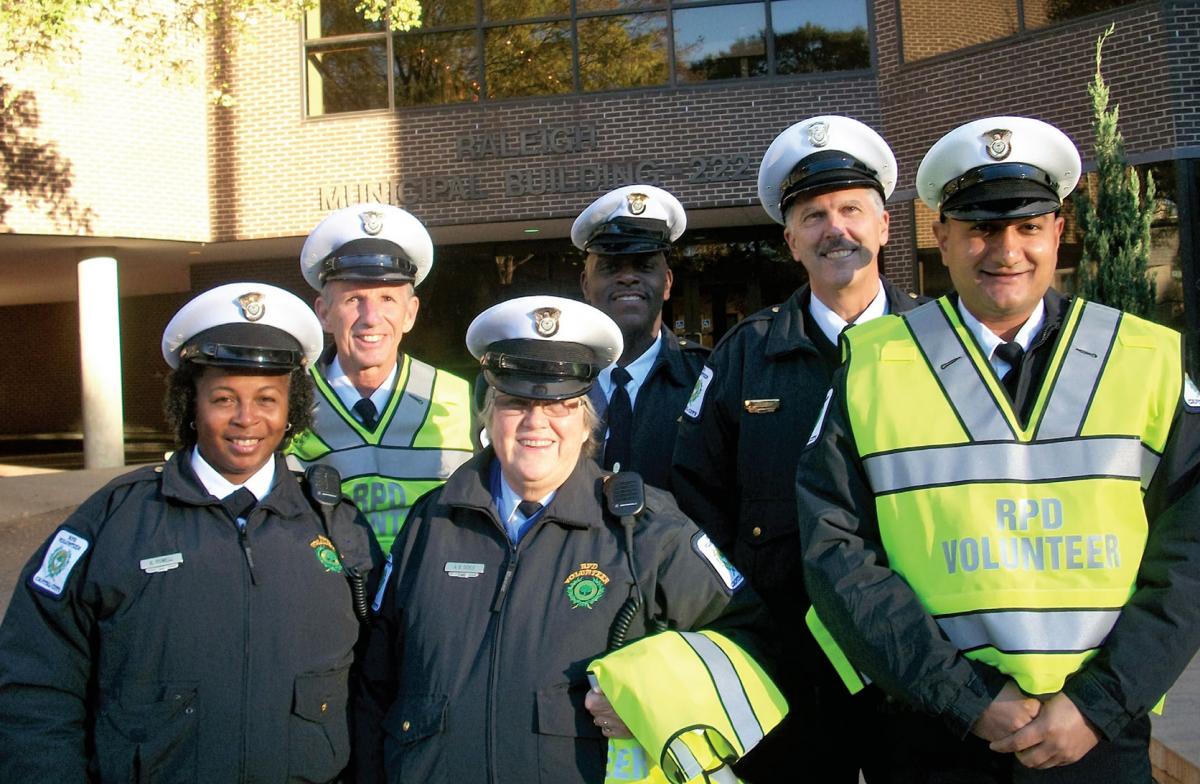 Raleigh Police Department volunteers served on the Christmas Parade detail in 2015. Ann Sides is at center foreground.
Courtesy of Ann B. Sides

Police volunteers aren’t cops. Although the City of Raleigh supplies our uniforms, we receive no financial benefit. Those uniforms are different from the uniforms of the sworn police officers with whom we work, and we have no more authority than any other citizen. Volunteers don’t carry weapons on duty, even if they have a permit to do so. We volunteers are, however, expected to look and act professional, be courteous to the public, respect confidentiality and use common sense.

When I joined the RPD volunteer program, I received 30 hours of classroom training. I spent an afternoon in the 911 center, watching the dispatchers coolly respond to all sorts of emergencies. My initiation also included riding an evening shift with a patrolman in one of the rougher parts of Raleigh. Before the shift ended, we’d responded to a serious accident. Nobody was badly hurt, but untangling it all took hours. While the cops took statements and sorted out the resulting traffic jam, I got a broom from the trunk and swept up the broken glass and debris.

Being a police volunteer may not be as exciting as “NYPD Blue,” but it offers fascinating insights into the collision between law and the human condition that cops, like consular officers, encounter on the job.

Before my assignment to Family Violence, I worked in a burglary unit, helping detectives by making follow-up calls to victims: “Anything else turned up missing? Did your neighbors notice anything?” I’ve also walked a beat at parades, helped keep order at concerts—I once danced an exuberant drunk back to his seat—and role-played for police training scenarios.

When I trained as a consular officer, I gained a lot of confidence practicing prison visits and visa interviews with role players at the Foreign Service Institute. As a police role player I’ve acted the part of rape victims, rioters and witnesses to crimes. In my least-favorite role I played a corpse, doused with fake blood and crumpled on the floor of an abandoned building among hundreds of dead cockroaches. That performance didn’t challenge my acting skills, but I did gain a close-up view of new police tactics as the officers rehearsed an “active shooter” response.

Force Multipliers for the Community

At the Raleigh Police Department, volunteers work in the records section, help with evidence storage, call shut-ins to check on their welfare, and provide extra manpower on special occasions such as New Year’s Eve, a POTUS visit and official ceremonies. Several volunteers are able to interpret foreign languages. Some of my colleagues patrol in specially marked RPD volunteer vehicles connected to the police communication system. They search for missing people and call in traffic accidents, road hazards and erratic drivers.

Two of my fellow volunteers rescued a stray toddler they found wandering down the middle of a busy four-lane road; and then they located his frantic mother. Another volunteer spotted a burglary in progress, called it in, observed as much as he could about the suspects and briefed the responding officers before they moved in for the arrest. Some of my colleagues put in long nights helping out at checkpoints set up to combat drunk driving. Being a police volunteer may not be as exciting as “NYPD Blue,” but it offers fascinating insights into the collision between law and the human condition that cops—like consular officers—encounter on the job.

The RPD volunteer program now has a spinoff for lovers of the outdoors—the Greenway Volunteers. They patrol the city park system’s paths and trails, helping keep these leafy refuges safe from muggers, flashers and other pests.

Raleigh’s police volunteer program is open to all adults who can pass a background check, not just senior citizens. Right now all 40 slots are filled, and there’s a waiting list. My colleagues include retired and active business executives, realtors, healthcare professionals, teachers, office workers, IT specialists, students, veterans and homemakers. At least two others besides me are former federal employees—one is retired from the CIA, and another is an ex-Secret Service agent.

Captain Tim Tomzak, who oversees our program, says of the volunteers: “They are more than extra eyes and ears. They provide service excellence to our community, in effect, a force multiplier. They’re a vital part of our police department family.”

Ann B. Sides was a Foreign Service consular officer from 1983 to 2011. Her overseas assignments included Niamey, Dakar, Oran, Belgrade (twice), Zagreb, Dublin, Sarajevo and Athens, where she served as consul general from 2004 to 2008. She is the author of Maggie Minds Her Business (CreateSpace, 2014), a consular-themed mystery novel set in Africa. 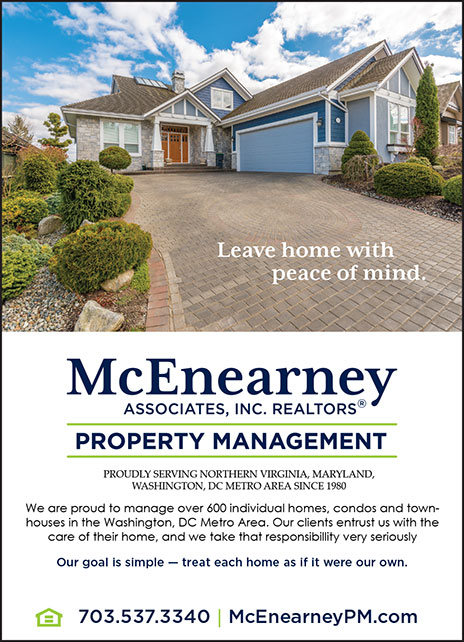 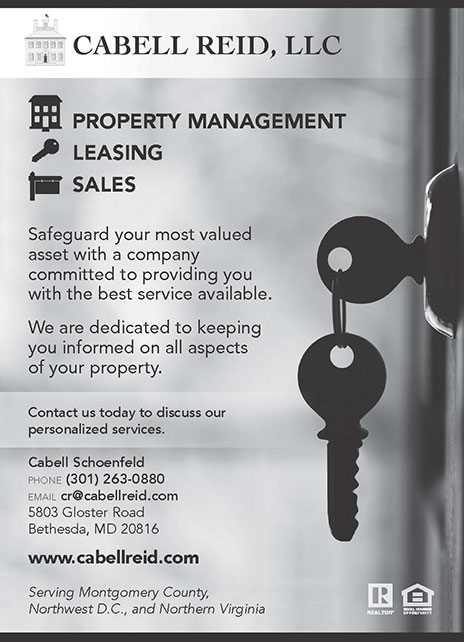 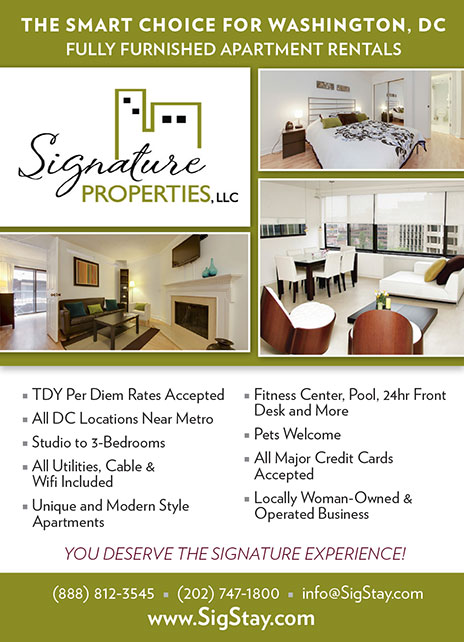