Creating a Culture of Inclusion at State

To establish diversity at State, it is essential to make inclusion count—in every promotion, job prospect and assignment.

It is imperative to develop a truly diverse workforce so that the Department of State will be able to devise and carry out the most effective foreign policies for our nation. That’s why we joined the Foreign Service. That’s why we competed for the Civil Service. But if we’re honest, we know the department has lost too many of us because of bias, quiet discrimination and indifference.

The January Government Accountability Office report on diversity failures at State doesn’t try to explain causality, but the numbers speak for themselves. Our problems begin at the beginning, with recruitment. Our rigorous testing process brings in smart, educated and intelligent FSOs, but it has also welcomed racists, sexists and those indifferent to both. And this moment in America has shown us just how dangerous a culture of indifference can be.

A solid start to changing that culture is to require the Board of Examiners, the gatekeepers, to be significantly diverse. A friend of mine was recently pulled from being an assessor to take a more prestigious job, which left the assessment team with no African Americans. That lack of diversity among gatekeepers can have a huge impact on whether a minority candidate is judged ready to represent America. Success could rest on whether a candidate was asked to speak about Kurt Vonnegut or Ibram X. Kendi.

Once you’re in, the skills the State Department values are clear. We are judged on our success in leadership, management and substantive knowledge. Rated highly on these in the Foreign Service, you’ll glide smoothly to promotion. Fail to meet the standards, and you will be low ranked and eventually removed.

State Department leadership says diversity and inclusion are important, but we know that no one is judged on their ability to help underrepresented officers improve their performance or secure important assignments. No one gets promoted because they burnished the quality of decision-making by expanding the diversity of viewpoints and backgrounds brought to the table. And no one is held back because their bureau, embassy, office or section lacks inclusiveness.

As the GAO report made clear, you can walk into meetings at State daily and know instantly that everyone who should be there isn’t. The homogeneity of race and gender around the table is the lived experience of those GAO charts. And the evidence is so stark that everyone notices, those who are underrepresented and those who are not. We have solvable problems. Where the department needs help is in holding itself accountable. Without accountability for those who select, assign and promote employees, it will continue to be easy and acceptable to overlook, leave out and avoid hiring both women and minority officers.

To finally get this right in the Foreign and Civil Service, every promotion, every job prospect and every assignment must depend, in part, on the employee’s ability to ensure inclusion and development of underrepresented talent. Just as I knew my ability to communicate in Arabic would help my supervisor advocate for my next promotion, today’s diplomats must know that their mentoring of underrepresented officers, for example, will strengthen their case for promotion. If you want the workforce to care, make it clear that embracing inclusion counts.

Unfortunately, shaping the department’s diversity and inclusion performance sits in too many places, including the Director General’s office and individual bureaus. An empowered Director General could make a difference. But responsibility for increasing diversity is so diffuse that everyone gets to throw up their hands and say, “Not me!” No one senior official has the responsibility or authority to focus on this foundational issue. Or to hold others to account.

We know the department programs that are supposed to help level the playing field for underrepresented minorities, and we also know they often falter under the burden of being “affirmative action” programs. When I joined the Foreign Service, my A-100 class of 52 had two Black people and 13 women. I remember attending a happy hour as a new FSO and overhearing a group of guys derisively speculating on which woman had used the Mustang program to get in because they “couldn’t pass the test.” The Mustang program, a process whereby experienced and qualified Civil Servants transfer into the Foreign Service as specialists, is a great program that benefits State by bringing experienced officers into the Service. But the stain of “special program,” unfair as it is, harms our colleagues and deprives us of badly needed expertise.

No one wants to undermine the professional Foreign Service by eliminating a healthy ladder to senior positions for any FSO, but there is no incentive for department-wide, bureau-wide or individual efforts to improve representation. Favors are paid. Favorites are rewarded. The process is opaque. The saying in the Civil Service is “women get the training; men get the jobs.”

The Individual vs. the Building

Many individual officers place inclusion as a priority. Fortunate ones, like me, benefit from these officers. I was lucky that they saw something in me that pushed them to sponsor me for jobs and promotions. But “the building” often works against such efforts.

When I interviewed to be a deputy chief of mission for a Black woman ambassador, I was thrilled. There are always so few, and she was dynamic! I was certain that my great interview would get me the job. But she told me she didn’t feel safe having an all-Black front office; she felt compelled to select a white male to protect herself. I thanked her for her honesty; I meant it, but when I got home, I cried. I felt betrayed by a culture that crushed the courage of even those who knew how important such courage was.

There is an unspoken presumption in the department, that all white officers took the written exam and are therefore worthy of being an FSO, and that all Black and Hispanic officers likely did not. It is a damaging assumption that burdens Pickering and Rangel Fellows, who belong to the only category of fellows who must take the written exam. They, who are often the cream of the crop, have been damaged by the ignorant bias of their peers and the indifference of department leadership to correcting the record.

We all know studies have shown that increasing diversity of all kinds among national security professionals improves policy outcomes. I and my success weren’t unique. I wasn’t special. But too many like me haven’t had the same support. The department must finally institutionalize and expand the successful efforts of individuals, because the department can get this right. The talent is there, the ability is there, and the time is now.

Getting On with It

We have the opportunity—when all of America is saying enough! Let’s get on with this!—to make employees at all levels know they must set aside their individual biases for the good of the organization. And if they can’t, they will not prosper at State. There is no reason to have this discussion again. We are America. We can do this. Every State Department employee should be asking when the following recommendations will be implemented for the good of the Foreign Service:

1. Intake. Ensure that of the four assessors examining new candidates, at least two come from underrepresented communities. As incentive to serve with the Board of Examiners, add one additional year for time in class for every two years spent as an examiner.

2. Promotion Precepts. Add “advancing inclusion” to the core precepts that are used by selection boards for recommending Foreign Service employees for promotion to the next grade and the senior ranks. I propose that promotions be based on leadership, management, intellectual and communications skills, substantive knowledge, advancing inclusion and interpersonal skills.

3. Centralized Accountability. Move the position of chief diversity officer to the Deputy Secretary’s office as a direct report, and empower that individual with authority and staff to collect and share data on diversity in assignments and promotions and to add verbiage to the EERs of officers with authority to make assignments. Ensure that that individual can partner with the Director General and bureaus to lay out benchmarks and goalposts to guarantee accountability.

4. Diversity Data by Bureau and Grade. Require an annual review and report-out of progress in increasing diversity by bureau and by grade. The review responsibility would lie with the chief diversity officer, supported by bureau front offices. The report would come from the Secretary of State.

5. Assignment Vetting. Require bureau front offices to vet their shortlists for chief of mission and deputy assistant secretary positions against equal employment opportunity case logs. The State Department Office of Civil Rights would provide the needed information, which must be taken into account somewhere in the assignment process. Currently, this does not happen, and problem officers can continue to expand the impact of their biases.

6. Conversion. Reform the mid-career conversion program to allow talented civil servants to more easily use their expertise as members of the Foreign Service.

7. Clarity and Accuracy. Ensure that the department increases accurate understanding of how all of the fellowship programs work. Providing accurate information about Pickering and Rangel Fellows, alone, should improve their standing in the department.

8. Recognition. Change the name of the “Equal Employment Opportunity Award” to the “Diversity and Inclusion Award.” This annual award recognizes outstanding accomplishments by a Foreign Service or Civil Service employee in furthering the goals of the department’s equal employment opportunity program. The name change is important because “equal employment opportunity” is a legal construct that is intended to prevent overt discrimination, but it does not get at the affirmative actions necessary to truly support minority officers in rising through the ranks. That informal mentorship, guidance and support is the difference between a successful career and one that stalls for lack of being truly included among those valued and expected to succeed. 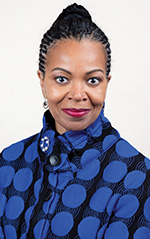 Ambassador Gina Abercrombie-Winstanley retired in 2018 following 32 years in the Foreign Service. Throughout her career, she has been a steadfast proponent of achieving excellence through diversity in organizations and breaking down barriers for women and minorities. She focused on counterterrorism and cybersecurity while serving as deputy coordinator for counterterrorism (2008-2012) and as a political adviser to U.S. Cyber Command in 2016. She was the first woman to lead a diplomatic mission in Saudi Arabia as consul general in Jeddah (2002-2005), where she actively supported gender equality. She was the longest-serving U.S. ambassador to the Republic of Malta (2012-2016) and also served in the White House (1998-2000), the Department of Defense (2001-2002) and on Capitol Hill (1997).

The author based this article on her June 17 testimony before the House Foreign Affairs Committee Subcommittee on Oversight and Investigations. 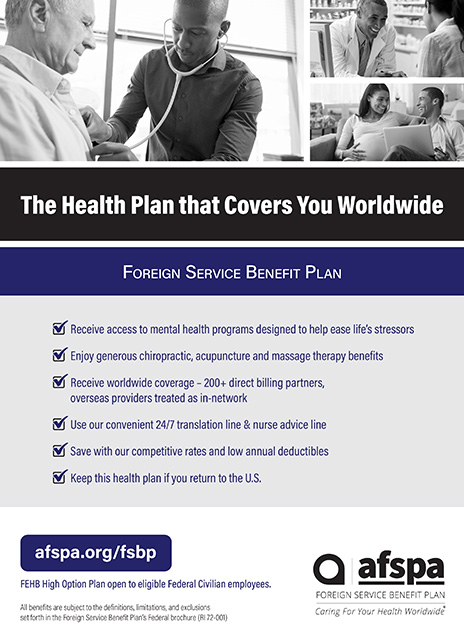