Why “27 Years and Out” Should Be Retired

This September I will retire from the U.S. Foreign Service. Not for lack of energy and commitment, as I sit squarely in my mid-50s and am in good health. Nor for lack of capability, if my last employee evaluation report in a senior overseas leadership position is to be credited. And not for any constraints on my readiness to serve.

Along with scores of other capable colleagues every year, I am moving on because of the Service’s long-standing requirement that we retire after 27 years unless selected to the Senior Foreign Service. It is the deal we signed up for, so those of us who don’t cross the threshold must accept the outcome. Whether this deal still makes sense for the Foreign Service is another question.

The 27-year threshold is the relic of an age of one-career couples and unsuited to the professional constraints faced today by single parents, dual-career partners, or just about anyone with a substantial life challenge. It is draining away experienced and skilled officers at a time of unprecedented challenge to our interests and ideals overseas, and it may play a role in limiting diversity in our senior ranks.

The 27-year “Time in Service” (TIS) limit in the Foreign Service mirrors the U.S. military, where officers have that number of years to make flag rank—the one-star ranks of brigadier general for the Army, Air Force and Marine Corps, and rear admiral for the Navy—or face mandatory retirement. And some of the justifications for the system are similar for both the military and the diplomatic corps.

First, the limitation ensures “pass-through” in the ranks, opening opportunities for the next generation of officers to move through the system as longer-serving officers are retired. Like most bureaucracies, we have a pyramid-shaped organization at the State Department. We need more mid-level diplomats than we do ambassadors and deputy assistant secretaries. There is not room for everyone to be selected for the Senior Foreign Service, and using upward progression as an incentive for superior performance is beneficial.

A second argument for the TIS limit, unspoken in polite company, is that it rids the system of underperforming bureaucratic deadwood. This argument is less convincing. Like the military, the Foreign Service uses up-or-out all along the way, thinning the ranks at each step in promotion; anyone making our Service’s most senior “pre-flag” rank (FS-1, the protocol equivalent of a colonel) has been pushed forward by at least three promotion boards and should be a strong officer.

While we still occasionally see underperformers marking time at the FS-1 rank, the reality is that most of those pushed out of the Service are still capable of strong contributions and valuable mentoring. Many will have been recommended for elevation to the Senior Foreign Service by the annual selection panels, falling short because of limited allotted slots for new senior officers.

Why 27 Is Not Working

The arbitrary 27-year TIS limit, instituted almost 75 years ago, is a throwback to a time when Foreign Service officers were male, and uncompensated wives were expected to promote their husbands’ careers by organizing and hosting dinner parties. Men could be expected to make assignment choices based solely on advancing their career path toward promotion to flag rank, even though it meant expecting their wives to shoulder family responsibilities in addition to representational duties.

The 27-year rule is draining away experienced and skilled officers at a time of unprecedented challenge to our interests and ideals overseas, and it may play a role in limiting diversity in our senior ranks.

In the modern American family, with couples juggling two careers, single parents struggling with childcare options and everyone facing eldercare dilemmas, the direct career path to flag rank may be elusive as officers balance work and home responsibilities. FSOs have always faced tough choices to maintain an overseas career, it is true, but societal change in recent decades has amplified those challenges.

As enlightened as our agency may have become about work-life balance, the reality is that the career clock still offers just 27 years—and those with the flexibility to take the killer job will have a leg up. Those who take a “lateral” assignment to be near a parent, to go to a post that can meet the special needs of a child or to favor the career opportunity of a partner may well run out of time. The challenge may be even more pronounced in coming years as the department has again reduced the number of positions overseas in the wake of Iraq and Afghanistan drawdowns.

Another troubling aspect of the 27-year rule is its unfairness given sometimes wildly divergent opportunities to demonstrate readiness for senior-level duties. From 2000 to 2010 there were huge percentage differences in promotion rates among the five areas of endeavor into which FSOs are divided: consular, economic, management, political and public diplomacy officers. FSOs in some areas stood a much better chance of moving into FS-1 positions early and demonstrating senior-level leadership over a span of several years.

Selection boards are faced with a difficult job in discerning among a pool of capable, high-performing candidates, few of whom may have obvious blemishes. As such, they have almost no choice but to consider as stronger the candidate who has served exceptionally in a series of senior FS-1 or senior-stretch positions as compared to the candidate with a shorter résumé. This is the reality that may cut down any number of great candidates who take their time getting to FS-1 and then mix in at-grade but family-friendly jobs out of personal necessity.

Finally, while we are inarguably a more representative diplomatic service today than we were in the 1950s, that diversity falls off precipitously in the senior ranks. It is worth considering whether the 27-year limit plays a role in that outcome. In recent reflections on the role of race and gender at the Department of State, some current and former officers have pointed to the assignment process as a barrier to advancement, arguing that they were passed over repeatedly for promotable jobs for which they were qualified.

Given that assignments are likely to remain heavily influenced by the subjective views of section heads, office directors and various front offices, along with the “corridor,” there is no certain way to eliminate this potential bias. Relaxing the TIS limit—and possibly extending “Time in Class” limits at earlier grades—is one possible way to mitigate the harm and improve the chances that every employee will have several realistic shots at advancement.

Two modest changes could substantially ease the costs to our diplomatic readiness and to our officers and their families.

In short, the result of the current TIS threshold is that the Department of State, an institution built around human capital, is losing quality officers too early. This is a loss to our foreign policy. More, at a time when foreign audiences are questioning the inclusiveness and fairness of American institutions, the rule may be perpetuating an outdated profile among our senior ranks.

Given that our Service, like the military, probably still requires a time-limited mechanism to select its senior ranks and ensure pass-through within the system, radical changes to Senior Foreign Service selection might be ill-advised. Two modest changes, however, could substantially ease the costs to our diplomatic readiness and to our officers and their families.

First, extend the 27-year TIS threshold to 30 years in recognition of the reality that equally effective officers in today’s Service will take different paths to FS-1—whether owing to divergent skill-code promotion rates, timeouts brought on by family crises or the vagaries of luck in landing (or not being able to take) that magically mentored job that opens opportunities. This is a change the Department of State can make without a change in law.

Second, adopt a five-year noncareer appointment option for officers failing to cross the senior threshold. This appointment would allow those choosing not to retire to work for five additional years, full time, bidding for jobs at their retirement rank. These appointees should face automatic retirement if they cannot find a job in the regular bid cycle (they either fill a need or they don’t).

Such a five-year window would allow officers to contribute their experience and skills to U.S. diplomacy as and where needed, without having to be shoehorned into the 50-percent time of the current “retired annuitant” opportunities (it would also mirror an approach the military takes in giving officers more years to adjust to their final rank and retirement status).

Embassies and bureaus still want full-time senior professionals, officers who can be there every day to contribute their knowledge: leading interagency processes, responding to urgent requests, running multimillion-dollar programs, and mentoring newer officers and specialists to strengthen the future generations of our diplomatic corps. An optional, needs-based five-year appointment after the final senior threshold review would allow skilled and in-demand officers to meet those needs.

It is time to reconsider a Time-in-Service number that is past its usefulness, is not legislated, and is detrimental both to officers and to the Service itself. The State Department borrowed it from the military, a different institution with distinctly better employment preferences available to its retirees.

Let’s address the needs of the future now, with our most critical resource: our people. Let’s retire the 27-year threshold. 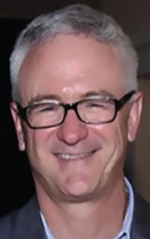 Ted Craig has been a member of the Foreign Service since 1991, serving overseas most recently in Islamabad.