From the FSJ Archive—Diversity in the Foreign Service

Diversity—Not Just a Cause for the Underrepresented 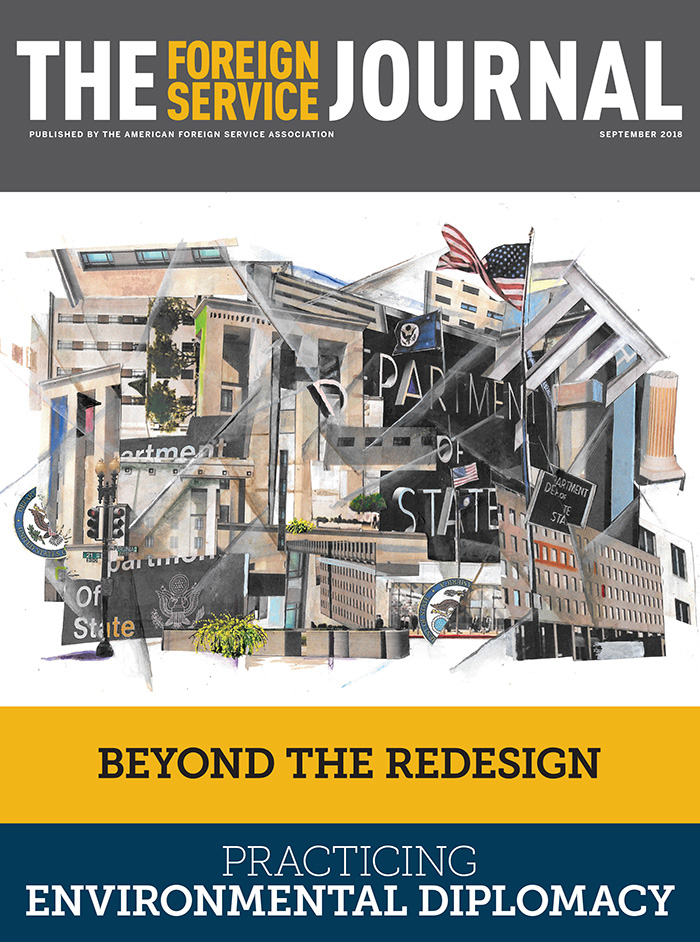 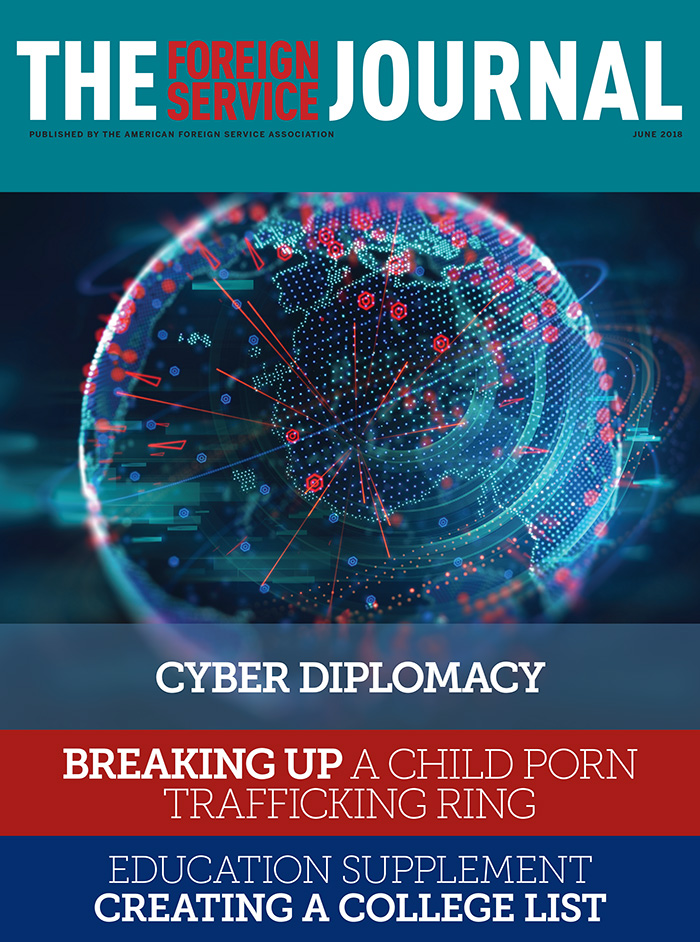 Just days after the Battle of Gettysburg, Bassett and other black leaders organized a recruiting drive for black soldiers. Bassett had the honor of being the second speaker of the night, making his speech immediately preceding [Frederick] Douglass. The following excerpt explains why he, too, was considered such an effective orator:

“Men of color, to arms! Now or never! This is our golden moment. The government of the United States calls for every able-bodied colored man to enter the army for three years of service and join in fighting the battles of liberty and the Union. A new era is open to us. For generations we have suffered under the horrors of slavery, outrage and wrong; our manhood has been denied, our citizenship blotted out, our souls seared and burned, our spirits cowed and crushed, and the hopes of the future of our race involved in doubts and darkness. 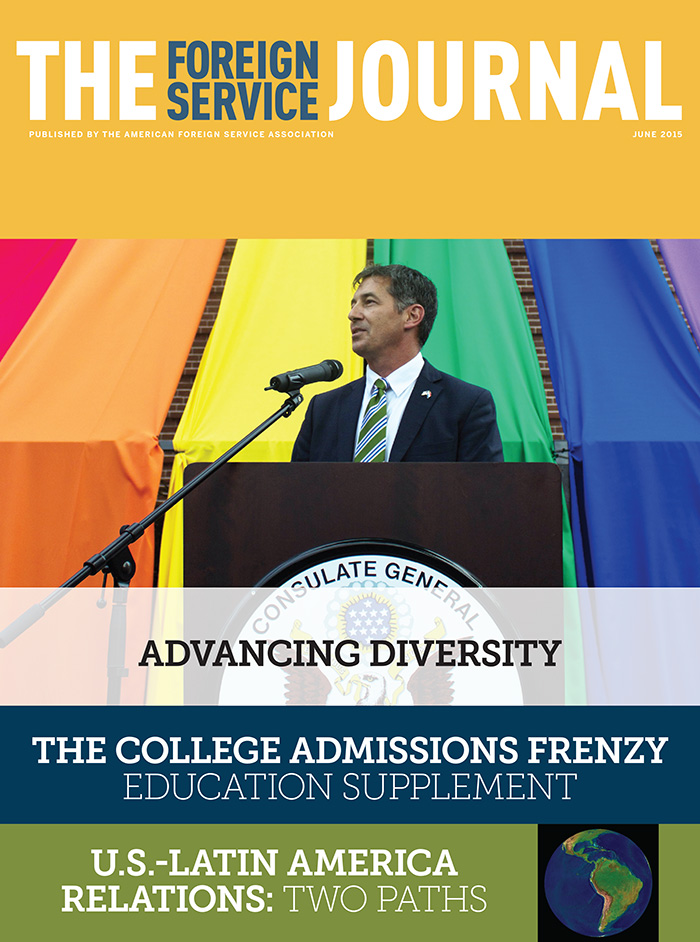 The different perspectives that come from embracing diversity can give the United States a kind of asymmetric advantage—the challenge is to leverage that advantage.

It is no secret that the Foreign Service needs more diversity. According to the 2014 promotion statistics, gender and racial disparity persists in promotions and the gaps widen at the Senior Foreign Service level. …

We believe that a robust mentorship program is vital to achieving and sustaining greater diversity in the Foreign Service. The State Department’s advancements in recruiting minorities and ensuring equity across the diversity spectrum should be expanded to sustain diversity into the senior ranks. 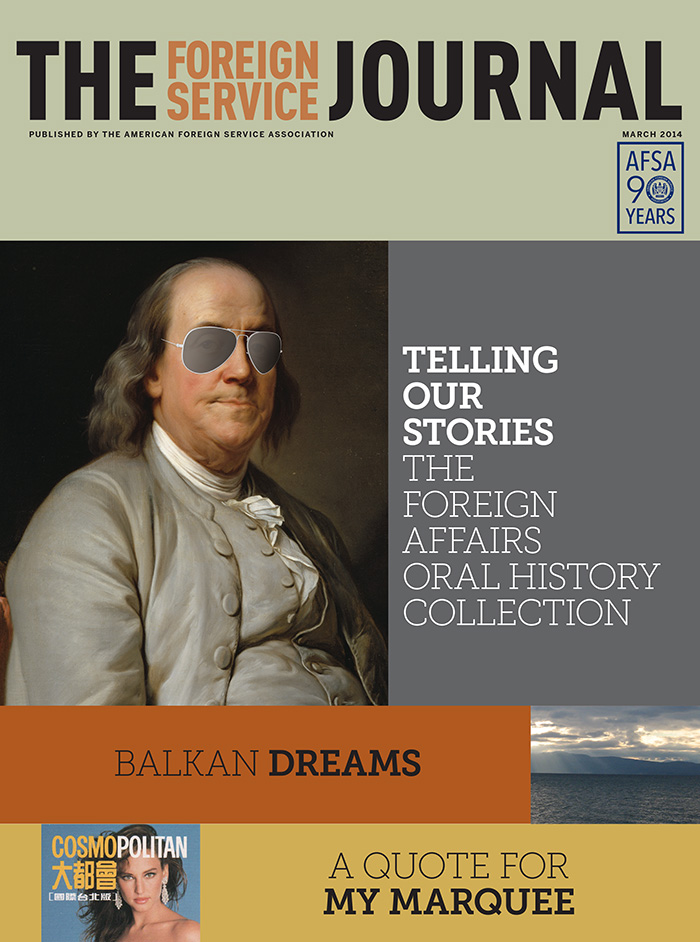 A great deal of energy has gone into better recruitment, and those efforts should continue and be expanded. …

But that needs to be accompanied by a broader effort—not only on behalf of Hispanics, but to benefit everyone at USAID—to cultivate a diverse Senior Management Group cadre. … If a qualified Hispanic (or other minority) has applied for an SMG position, there must be a compelling reason not to select that candidate. “I like this person more” is just not acceptable. 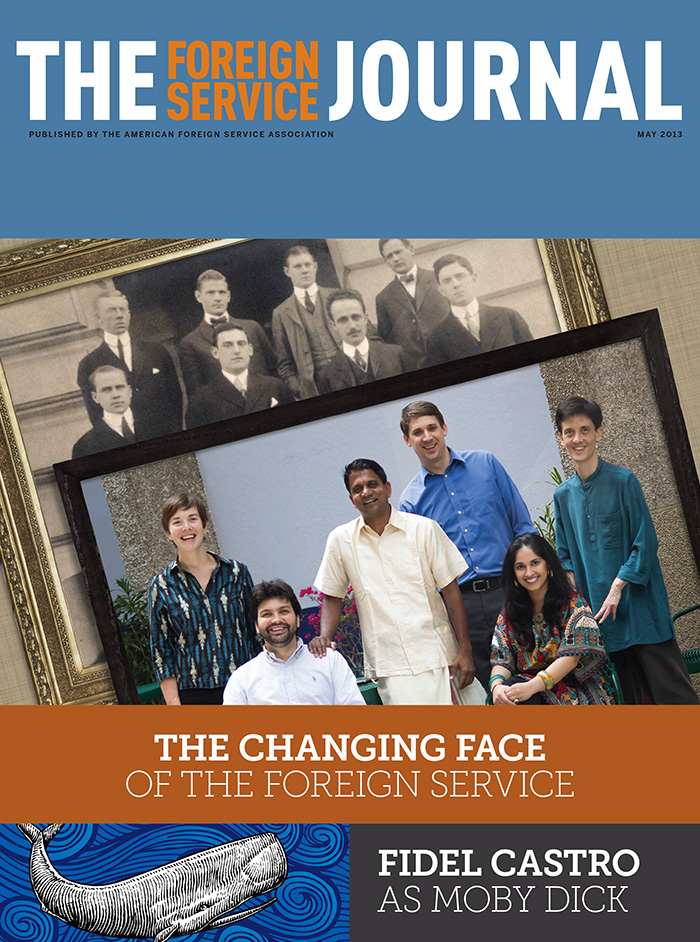 TLG, as the group is usually referred to, quickly began to focus on outreach to senior State Department officials, with the goal of advancing long-term personnel and management goals. …

Today, the informal mentoring program Davis and Dumas launched four decades ago has grown into a robust organization, comprising more than 300 active-duty Foreign Service officers and Civil Service employees, associate members and retired employees of the Department of State and the U.S. Agency for International Development. It is also the oldest of the 12 State Department employee affinity groups recognized by the Office of Civil Rights.

The Issue of Race, Ethnicity 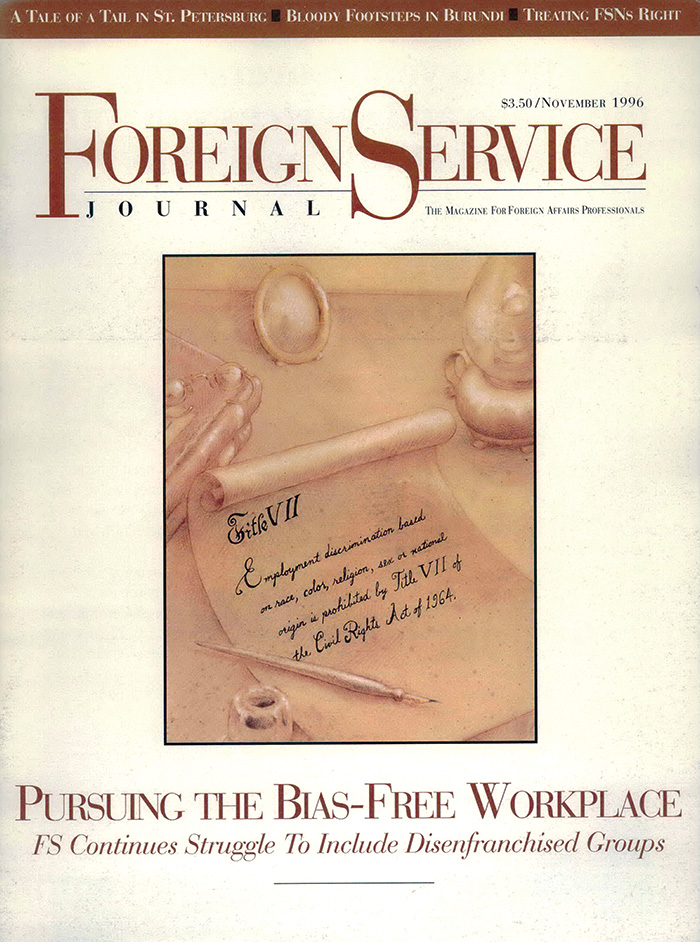 Neither blacks nor other minorities made much headway in the Service until the U.S. civil rights movement swept the country in the mid-1960s. When that decade opened, only 17 of 3,732 FSOs were black. …

President Jimmy Carter, backed by Secretary of State Cyrus Vance, was credited with increasing the number of black political appointees as ambassadors between 1977 and 1981. …

During this period, [Terrence] Todman himself was named ambassador to Spain. Carter’s appointment of Andrew Young as U.S. ambassador to the United Nations, the first time a black had been named to such a high-profile policymaking level in U.S. government, became an important milestone for minorities as well. During the Reagan administration, 11 black career diplomats were named as ambassadors. Fewer black ambassadors were appointed in the Bush administration, although black appointees fared better during Clinton’s first four years.

The Case for Racial Diversity in the Foreign Service 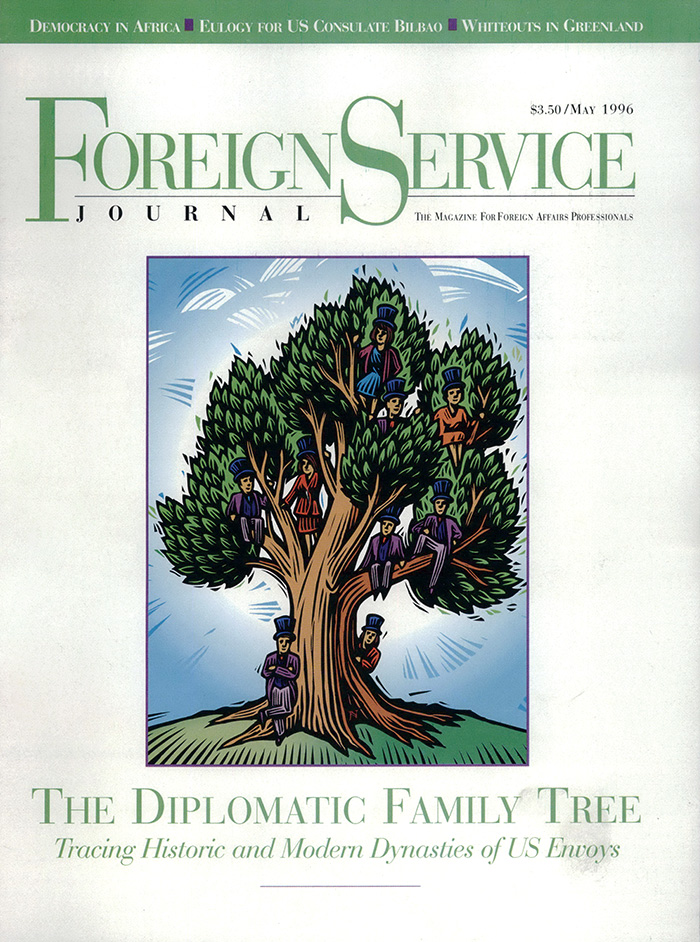 Professionals of the foreign affairs community often complain that the Foreign Service and the State Department—unlike the agencies of Defense and Agriculture—do not have powerful constituencies in American society and in Congress. This handicap, which becomes especially painful when Congress takes up the foreign affairs budget, exists partially because many Americans, including some members of Congress, view the Foreign Service as elitist and irrelevant to the interests of the common person.

This unflattering impression of the Foreign Service would change and the State Department would find it easier to earn badly needed congressional support if the Foreign Service reflected the diverse communities throughout the country and made fuller use of all members of the American family. 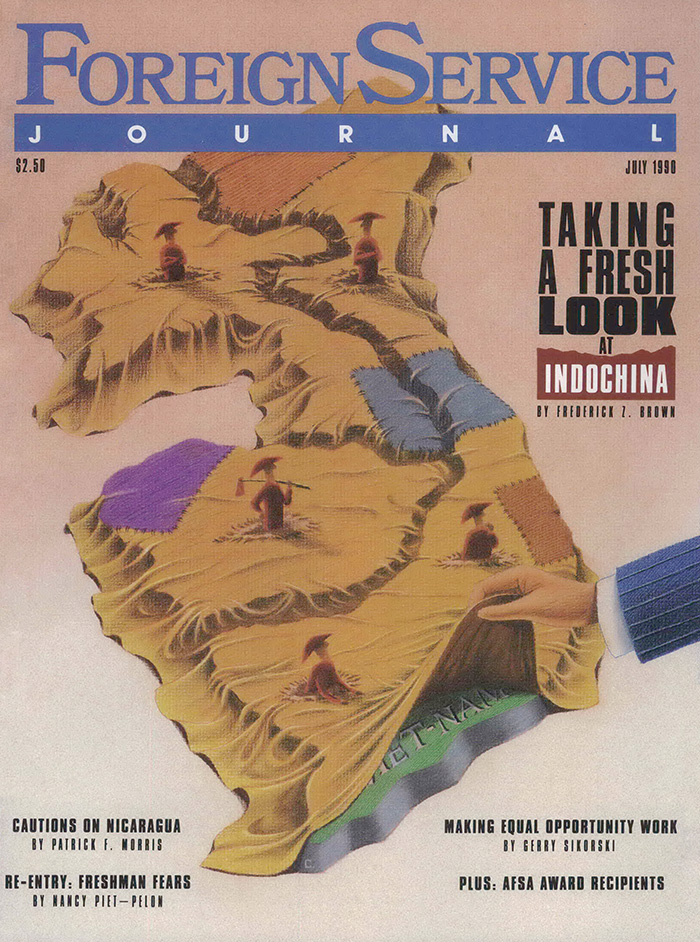 The Senior Foreign Service may be the last bastion of discrimination in the Foreign Service. I respect and admire those who have worked their way to the top and survived the rigorous training and hardships. However, I am discouraged by inequality in a system that appears to stack the deck in favor of a select few. …

Congress can and will pass legislation and hold oversight hearings, but it is up to the officials at the State Department to carry out policies of equal opportunity and equal representation. Reports and studies can identify the problems, but the solutions can come only from action.

The Status of Women 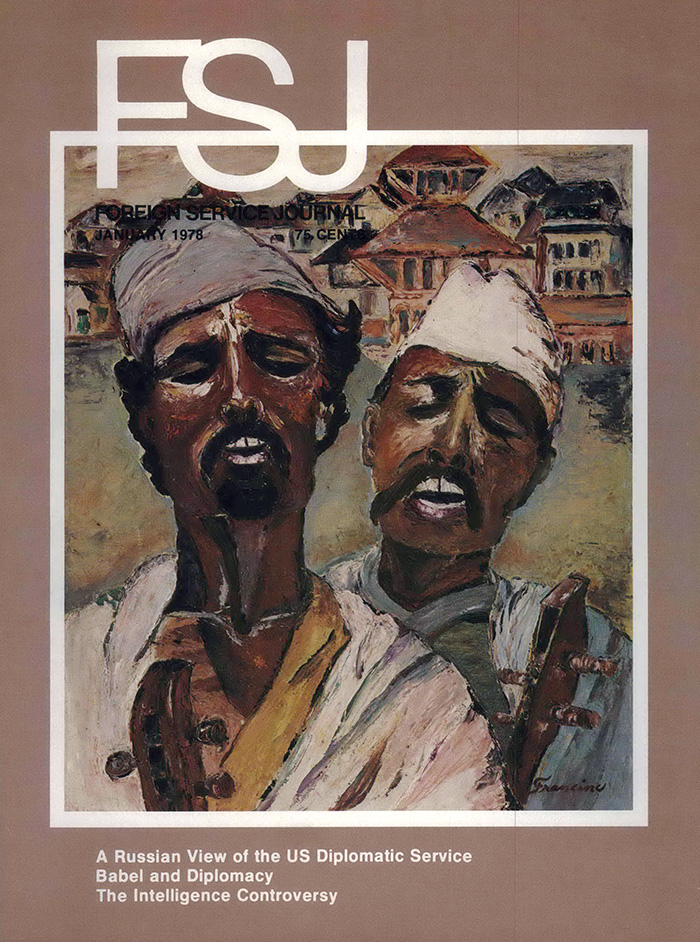 I believe the real test of equality is the extent to which a woman is expected to carry her full share of the workload and is actively supported in doing so. I wonder how many other women have had written into their efficiency report that Ms. Jones is a capable officer, but unfortunately the work she was assigned to do did not justify a recommendation for promotion. Whose failure was that?

If a supervisor really wants to get the most out of a woman assigned to the mission—and I suspect some secretly see themselves as martyrs doomed to carry an extra burden for the sake of women’s lib—perhaps he should ask himself a few soul-searching questions:

Do you assign a woman officer the same workload, both in substance and volume, that you would assign a male officer of the same grade and experience?

Do you find yourself looking around for jobs “suitable for women”?

Do you try to “help her out” by taking over the more challenging assignments, rather than letting her take what comes? …

The questions above are not hypothetical. They derive from actual situations in which I have found myself on one occasion or another. I believe the real loser, in the last analysis, was the United States Government, which was not getting the full benefit of the talents it was paying for.

Beyond the Call of Duty 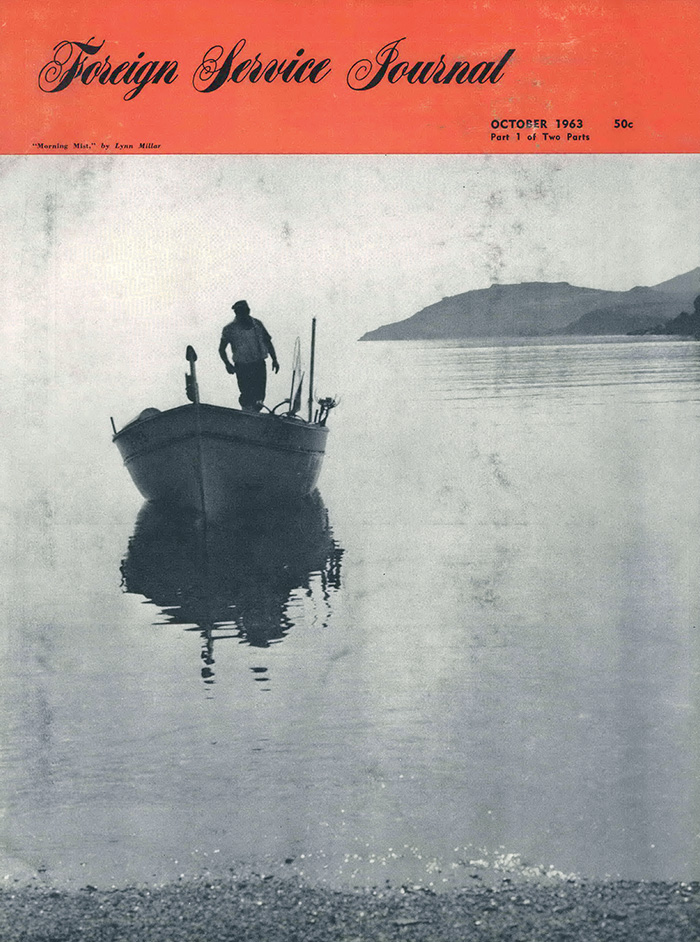 It isn’t often that we get an opportunity to submit a performance rating on the Secretary of State. But there was a quality about Secretary Rusk’s recent testimony on civil rights [legislation that became the Civil Rights Act of 1964] before the Senate Committee on Commerce which came through clearly in the television reportage and which we thought it well to impart to our readers, especially those overseas, who were not within camera range.

It was certainly within the scope of the Secretary’s responsibilities to point out that the failure of the United States to live up in practice to what it preaches in its Constitution and Declaration of Independence is exploited by the communists in their attempts to belittle the U. S. claim to leadership of the Free World. It was also most appropriate for the Secretary to reveal how difficult it is to carry on correct diplomatic relations with representatives of other countries whose color subjects them to the kind of discrimination and injury to their personal dignity which some people in this country still practice toward more than ten percent of the United States citizenry. …

Then, quite deliberately, he committed the Department and the Foreign Service in the following passage: “So, let me stress again, the interest of the Department of State in this bill reaches far beyond obtaining decent treatment for non-white diplomats and visitors. We are directly and comprehensively concerned with obtaining decent treatment for all human beings, including American citizens.” …

This attitude goes to the heart of the problem. Despite the decisions of the courts, the decrees of the Executive Branch, and even eventual laws by Congress, the only permanent solution to this issue lies in the attitude of the individual to his fellow man. All of us in the Service who deal constantly and intimately with people of all races and colors might well think of these things. 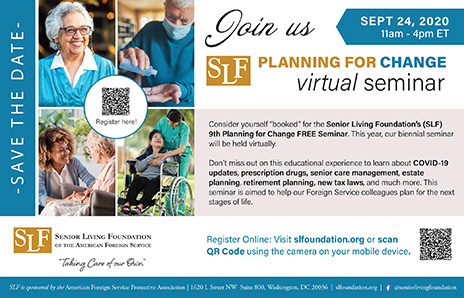