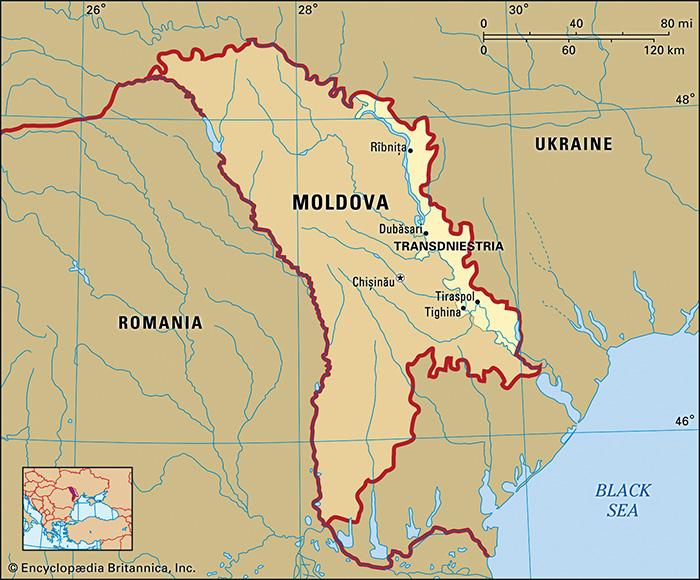 The separatist enclave of Transdniestria in Moldova.
Encyclopædia Britannica

When the Cold War ended and the Soviet Union collapsed in the early 1990s, large numbers of Soviet troops and vast stores of arms and ammunition were left scattered around central and eastern Europe. Over the next decade and a half, the United States and many European allies cooperated with Russia and post-Soviet states to withdraw former Soviet forces back to Russia and eliminate large portions of the military stockpiles.

The results of this effort reduced the conventional military confrontation on the European continent to a level that had not been seen, arguably, for a couple of centuries. Since it was the outbreak of war in Europe that involved the U.S. in the two global conflicts of the 20th century, and the competition with the USSR over Europe that drew America into more than 40 years of global cold war, this deep reduction in the danger of military clashes in Europe was a major plus for U.S. security.

Much of the USSR’s arms and ammunition needed to fight a southwestern front in a third world war was stored in the Moldavian Soviet Socialist Republic, which after the dissolution of the Soviet Union became the independent Republic of Moldova. A brief war in 1992 divided Moldova, with a de facto separatist entity on the left (east) bank of the Dniestr River, better known as Transdniestria. The bulk of the former Soviet military assets was located there, guarded by a small contingent of Russian troops, some of whom also served as peacekeepers.

From the outset, the Republic of Moldova demanded the Russian troops be withdrawn, but the presence of the enormous stocks of arms (well over 500 tanks, armored personnel carriers and heavy artillery) and ammunition (some 42,000 metric tons) complicated the situation.

The international body charged with negotiating a political settlement to the Transdniestrian conflict—the Organization for Security and Cooperation in Europe, or OSCE—was also mandated to assist with the withdrawal of Russian troops, arms and ammunition. The Russians agreed in principle, and by 1999 decent progress had been made in troop withdrawals, but relatively less in reducing the stocks of arms and ammunition.

I arrived in Moldova as head of the OSCE mission, lent to the organization by the U.S. Department of State, a few months before the November 1999 Istanbul OSCE Summit gave a major boost to efforts to get the Russian soldiers and arms out of Moldova. In signing a new deal on conventional arms control throughout Europe, Russia agreed to withdraw its military from Moldova by the end of 2002. This marked one of the high points of post–Cold War U.S.-Russia cooperation.

There may have been a high-level agreement on Russian withdrawal from Moldova, but plenty of practical issues needed to be worked out to make it happen. I developed close working relations with the Russian commander in Transdniestria and senior Russian defense officials in Moscow, but the withdrawal was going to cost plenty, and Russia was very short on funds after the economic crash of 1998.

My American counterpart at OSCE headquarters in Vienna helped establish a voluntary fund to which governments could contribute to assist in the Russian withdrawal. The United States made a substantial contribution, and I traveled to many European capitals in a successful effort to raise some $30 million for the effort.

Getting the money was only part of the problem, however. I then had to negotiate an agreement with the Russians on how they would receive and use the funds. The donor states understandably wanted to make sure their contributions went for the designated purpose, not just into the Russian state budget.

In roughly six months more than 20,000 metric tons of ammunition were removed to Russia and fully verified under the procedures negotiated in 2000.

We also had to agree with the Russians on innumerable specific questions (e.g., how much would we pay to destroy a tank, or to ship it back to Russia?). Finally, we needed to agree on how the process would be inspected, so that accomplishment of the task could be properly verified.

I spent almost a week in Moscow in late 2000 negotiating a comprehensive agreement. The Russian Foreign Ministry gave me the use of an office on the sixth floor of its headquarters, along with a computer. I met regularly with about two dozen officers and lawyers from the ministries of Defense and Foreign Affairs. We agreed on prices, timing and inspection, using personnel from the OSCE mission to Moldova and—in Russia—international staff from NATO’s arms control unit, all under the auspices of the Treaty on Conventional Forces in Europe.

As the effort began in earnest in 2001, we had to overcome significant local resistance from the Transdniestrian authorities. Some opposed the Russian withdrawal because they believed it would leave them with less protection in their dispute with the recognized government of Moldova. Others probably hoped to gain financially by selling some of the military equipment.

Both the Russian commander and I were hanged in effigy by angry crowds in Transdniestria, but strong intervention from the Russian deputy minister of defense and former Prime Minister Evgeniy Primakov, Putin’s special representative for the Transdniestrian conflict, helped to overcome the local resistance.

By the end of 2001, more than 500 pieces of heavy military weaponry were destroyed or removed from Moldova, along with far greater stores of noncombat and logistical equipment and supplies. Russia received a one-year extension at the 2002 OSCE Summit, and in early 2003 efforts began in earnest to withdraw the ammunition from the Russian base in the village of Colbasna on the border with Ukraine.

Contrary to some prognostications, in roughly six months more than 20,000 metric tons of ammunition were removed to Russia and fully verified under the procedures negotiated in 2000.

Unfortunately, a dispute over the failure of a proposed political settlement negotiated unilaterally by Russia in November 2003 halted ammunition withdrawals in early 2004, and they have not resumed. A negligible Russian force of 1,500 troops remains in Moldova’s Transdniestrian region.

Nonetheless, I do not consider this effort from 1999 to 2003 a failure. The major Russian weapons were all removed, as were many of the troops. The danger of armed conflict, especially accidental conflict with Russia, was greatly reduced. With the involvement and leadership of American diplomats, this region—and, as a result, Europe and the United States—was a bit safer for a time. 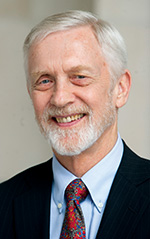 William H. Hill is a global fellow at the Wilson Center. A retired Foreign Service officer, he is an expert on Russia and the former Soviet Union, East-West relations and European multilateral diplomacy. He served two terms—January 2003-July 2006 and June 1999-November 2001—as head of the OSCE Mission to Moldova, where he was charged with negotiation of a political settlement to the Transdniestrian conflict and facilitation of the withdrawal of Russian forces, arms and ammunition from Moldova.