The March issue focuses on notes to the new administration. 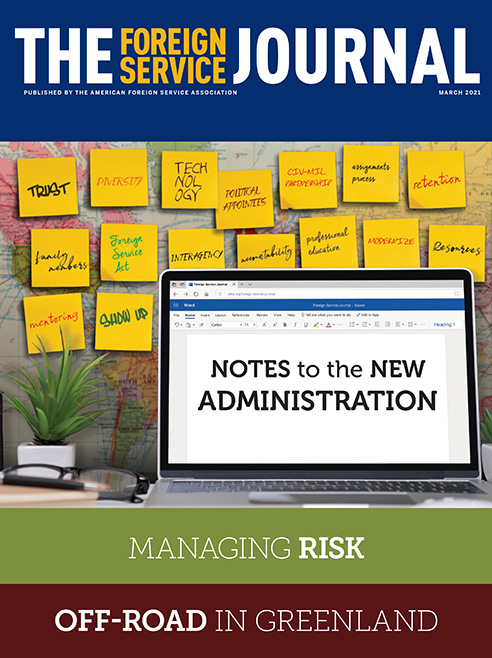 State’s Influence on Foreign Policy: Is This Really as Good as It Gets?

How to “get out of our own way” and secure a seat at the foreign policy table.

Eight steps to rebuild U.S. credibility as a world leader and a society worthy of emulation.

BY SHERRY L. MUELLER AND JOEL A. FISCHMAN

Notes to the New Administration

The Legacy of Jackie Robinson

Through baseball diplomacy the youth of Romania and Uganda learned important lessons.

Although John M. Francis and son Charles are not well known, they share an important distinction: Both served as ambassadors—in the same countries.

What We Need Now

Off-Road with the Foreign Service

One Morning in Nuuk

A Clash of Bureaucracies: Looking Back to Look Ahead