On my first tour in security operations, in 1981, the fully armored vehicle (FAV) program was still part of the Division of Technical Services in the Office of Security (SY/T). But the Office of Security (now Diplomatic Security) had decided it needed a special agent in charge of armored car distribution, so we had Irving Bridgewater embedded in our office space, in charge of the FAV program.

By 1981 the State Department was no longer armoring only Cadillacs. SY had discovered that a Chevrolet Caprice Classic— when equipped with a luxury interior, an upgraded suspension system and a powerful V8 engine—produced a very statesmanlike vehicle. SY found that it could buy and equip almost two Caprice Classics for the cost of every Cadillac they turned out. The cars were still armored at Hess and Eisenstadt, a manufacturer of custom automobile bodies, but we were saving money by working with a less expensive vehicle.

There were some problems, however. The suspensions on all FAVs were carrying much more weight than they were designed to support, and bumpy roads could cause suspension parts to wear out, bend or even break. To solve this, we had traveling Seabee (construction battalion) teams of car mechanics who were trained to service the armored cars, and we tried to keep extra suspension parts in stock.

We also had a good support system in place with the Chevrolet dealer near State’s Springfield, Virginia, warehouse; they could usually get parts for us quickly. The FAVs were fuel-injected, but deploying an armored car to a high-altitude post like Quito (over 8,000 feet) caused the car’s performance to drag noticeably.

When the ambassador’s limo needed replacement in La Paz, Bolivia, it was time for some extra engineering. The altitude at post (12,000 feet) meant that a normal FAV would gasp for air everywhere it traveled. Irv Bridgewater and Hess and Eisenstadt consulted Chevrolet. Chevrolet suggested we work with a speed shop to bring the car up to specs.

When the ambassador’s limo needed replacement in La Paz, Bolivia, it was time for some extra engineering.

After a little design work, the speed shop recommended putting a supercharger on the new car. The normal approach would be to mount it on top of the engine, cut a hole in the hood and weld a big scoop over the hole to provide access for the blower and to channel air to its intake.

We decided that such a car would draw attention to itself, so a special mount was designed to hold the supercharger next to the engine at a lower point on the block where it could be connected to the motor by a toothed drive belt.

I transferred to Panama at about this point in the FAV’s design. The car was procured, armored and sent to the speed shop, which installed the blower and expressed satisfaction with the car’s performance. Arrangements were made to ship the car to Bolivia’s only port on the Pacific coast; the two Seabees from Panama were to meet the car and drive it up the mountain roads to La Paz.

Our Seabees met the car, brought it through customs with assistance from the embassy, and took turns driving it to La Paz. They said later that it was possible to burn rubber off the tires at any speed allowed by the mountain roads, so they discreetly replaced all four tires when it reached its destination.

The ambassador discovered quickly that he could easily lose his Bolivian motorcycle escort whenever he wanted to, for he now had the fastest car in all Bolivia. 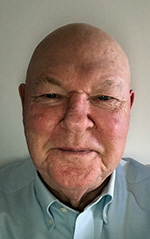 George S. Herrmann is a retired security engineering officer from the Bureau of Diplomatic Security. When this event took place, he was operations branch chief for SY/T and then officer-in-charge of the engineering services center in Panama.