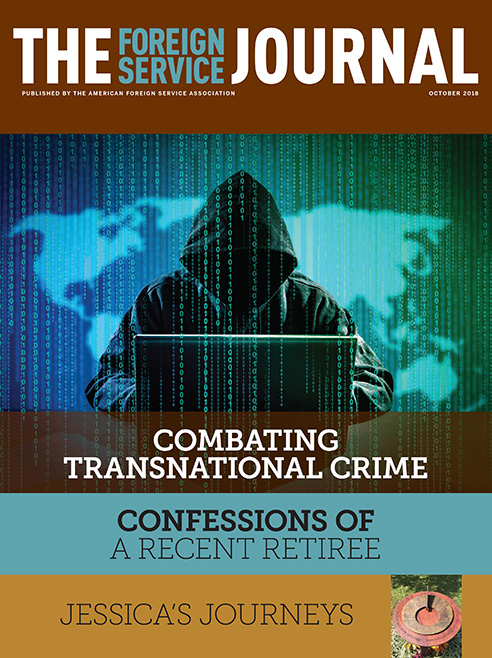 Illicit Trade and Our Global Response

Illegal trade is a growing threat to the community of nations, the world’s population and earth’s environment. Recognition that criminals don’t stovepipe is the key to an effective response.

10 Things I Wish I Had Known: Confessions of a Recent Retiree

Not just tales of many travels during a too-short life, they are the story of an FS community that supported Jessica—and supports us all.

We Work Hard for the Money