The Foreign Service Journal > October 2018 > Making It in Mongolia: Surviving One of the Coldest Capitals

It’s the first day of our last spring in Mongolia. The smog has temporarily lifted over Ulaanbaatar’s city center, and the sky is back to a beautiful shade of blue. It seems like the entire embassy community is outside: kids riding bikes, playing tag and digging in melting snow and ice. Spring has finally arrived.

Though it seems like the blink of an eye, almost three years have passed since we first landed here. Thinking back to my initial burst of excitement and anxiety, I realize how fond I have grown of this place and its people. That is not to say that life here is without challenges: horrendous air pollution in the extremely cold and long winters, limited health care, isolation from pretty much anywhere else in the world and expensive airline tickets to get out.

Though I already considered myself a seasoned Foreign Service spouse, this was our first post where I could not speak the local language—and not for a lack of trying. Being bilingual, I thought I had an advantage; I worked tediously with a tutor memorizing a new alphabet, but the utter lack of cognates in this very foreign tongue left me flustered.

But I kept telling myself we joined the Foreign Service to experience the foreign, and finding my way around with a toddler-level vocabulary made it all the more adventurous.

We arrived in summer, with weather wildly alternating between hot, cool and rainy. After a few short weeks of perfect fall temperatures, we headed into winter. I prepared to keep myself busy indoors with work at a local university. In that first year I learned a valuable lesson: have back-up plans in case jobs don’t survive economic hardships in developing nations.

When the temperatures dropped to -30 F on a regular basis during our second winter, I became a pro at getting my family dressed and out the door in the dark morning hours. The secret? Layers of long underwear, snow pants, long winter parkas, sheep fur-lined boots and a collection of locally purchased (and affordable) cashmere and yak legwarmers, hats, scarves and mittens.

I learned to store my family’s winter accessories in individual bins next to the door and to allow plenty of time to wrangle my kids into them while shouting orders to use the bathroom before zipping up snow pants.

I also learned to laugh when my hair froze in a matter of minutes as we waited for the bus. And I learned to take photos to remember those rushed mornings very quickly, before cellphone batteries succumbed to the cold.

The long winters also gave me time to do something completely different. I started practicing yoga at a nearby studio and soon found myself training to become a yoga teacher, memorizing pose names in Sanskrit from a training manual that had been hastily translated from Mongolian.

Yoga gave me a space outside the embassy “bubble” and time to reflect on the roller coaster of Foreign Service life while building physical fitness. I continue to grow as a teacher, reminding myself and my students to connect our bodies and our minds as we experience life wherever it may take us.

As naïve as it may sound, each overseas assignment is truly what you make of it. Yes, there were many moments of frustration with Mongolia’s bureaucracy, lack of organization, terrible traffic and serious pollution—but there was also its beauty.

I spent time with eagle hunters in the far west observing their skills; dug around in the Gobi Desert for dinosaur fossils with my kids; went dog sledding on a frozen river; drank fermented mare’s milk; and rode camels and horses while taking in the stark splendor and vast open spaces of the steppe.

And I became an expert winter outfitter who discovered a passion for yoga along the way. So what if I ended up with food poisoning again or felt obligated to consume more vodka and mutton during local holidays than anyone should have to in a lifetime? This is the foreign we signed up for. 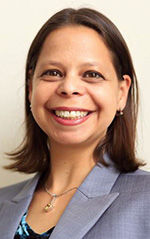 Nicole Schaefer-McDaniel and her husband, FSO John McDaniel, joined the Foreign Service community in 2009. They have served in Brazil, Austria and Mongolia. Their next assignment is Wuhan.