The Foreign Service Journal > October 2018 > What Is It We’re Doing Again? Time to Rethink How the State Department Communicates

Imagine your typical brown bag lunch. Yes, that one. The one where no one actually brings a lunch. The speaker is a visiting senior official from Washington. Staff from across the embassy come to hear Washington’s priorities, a senior leader’s view of the world or ways we can all better execute our mission.

Unfortunately, all too often, the speaker’s remarks are limited to: “You are all doing an excellent job. The relationship with host country X is extremely important for Washington. It’s really an honor to be here with you. Now what questions do you have?” Awkward silence.

No, this is not an article about how to improve brown bag lunches. The vignette I offer above is symptomatic of a larger State Department problem—ineffective, unclear and infrequent communication.

One of the aspects of State Department culture that struck me most when I first entered the Foreign Service was the lack of communication both between leadership and subordinates and among units, offices, embassies, bureaus and agencies. Most communication was restricted to the task at hand. Very little was focused on looking beyond the most immediate project to the overriding principles that help us achieve our goals.

Imagine if that visiting senior official had outlined his office, bureau or agency’s goals, and then began a conversation about how the embassy in the host country fits in.

I’m not the only one to notice this. The 2017 Listening Tour Report noted the following:

• “People say that unclear priorities leave them seeking guidance that for too many does not come from their managers or their chain of command.”

• “People report that the frequency and coherency of communication—both top-to-bottom and across the web—needed to inform, coordinate and inspire action is wildly deficient for what is required.”

• “People talk about unwritten and unstated rules about who is allowed to talk to who[m] in the chain of command … [and] people question their level of seniority or experience in being able to contribute ideas or concerns.”

So we clearly have a communication problem. What do we do about it?

First, we need to better communicate our priorities and values. While many of us bemoan the ritual of producing Integrated Country Strategies, Joint Regional Strategies and the like, we only compound that error by subsequently putting those strategies on a shelf, where they sit, never to be spoken of again.

In my prior service in the U.S. Army, nearly every commander at the company level (FS-4 equivalent in rank) and above had what are called “Flat A** Rules.” (Nothing is official in the Army until it has an acronym, so we called them FARs for short.) FARs were the principles by which each organization operated. They transcended the next crisis and the one after that. They applied to all members and all tasks. Consider them the core principles of an organization.

Back to the brown bag example. Imagine if that visiting senior official had outlined his office, bureau or agency’s goals, and then began a conversation about how the embassy in the host country fits in. Or imagine if she had thought about what values her office, bureau or agency needed to be successful, and then discussed those values with the group. Imagine how the participants would leave feeling like they were part of a bigger team, contributing to a bigger mission.

Second, we need to improve the frequency and coherence of our communication. The department’s tendency to work in stovepipes and communicate only in our own verticals—rather than horizontally—is a common weakness of large organizations. Because we mostly transmit and receive information through our chains of command, we miss out on how our work affects and is affected by others.

The economic section misses the anecdote from the political section’s labor officer about illegal foreign workers, for example. Or the public diplomacy section doesn’t get introduced to the promising young businesswoman (and economic section contact) who would make a great candidate for an exchange program.

More interagency and interoffice communication can help remedy this. Interagency working groups on topics such as trade and investment or counterterrorism are an excellent start, but working group members need to find ways to keep up the information sharing between meetings. One way to do this is through better use of technology like the Foreign Affairs Network, a Google- and cloud-based platform available to State Department and all foreign affairs agency employees that enables sharing of up-to-SBU (sensitive but unclassified)information, regardless of whether the user is on OpenNet.

Through FAN, users can collaborate in real time, such as by sharing and editing documents without having to email files to each other; create a team drive for file sharing and storage; or design a Google site for posting articles and other up-to-date information—all tools that can facilitate information sharing and collaboration without the need for more meetings. Low-tech solutions also work: copying others on emails, picking up the phone or walking down the hall to talk to a colleague.

To improve the frequency and clarity of our communication, we also need to reward staff for putting as much work into building contacts within the U.S. government as within host countries. We should emulate the best practices of desk officers who spend their first few weeks in Washington cultivating the network they need to advance policy priorities. Find the staff whose portfolio overlaps or complements yours, build relationships with them and seek them out when making decisions, or when you come across new information that you know would benefit them.

An occasional leveling of our hierarchies would also help promote communication. Take the typical senior staff meeting, for example. These meetings serve to relay information among the unit’s senior leaders. In a well-functioning organization, this information and guidance will make its way to those below the most-senior levels. Even then, however, the nuance and tone of the information are often lost.

Unfortunately, this phenomenon works in the other direction, too, as the most creative, unconventional ideas often lose their nuance or are stripped out entirely on their way up the chain. Leaders can remedy this by following the famously simple “Leadership by Walking Around” principle: seek out conversations with junior employees; take the long way back to your office one afternoon; find an outlet from the isolation of command.

Finally, communicating better as a department means removing obstacles to communication, both physical and cultural. The federal government is already moving to open workspaces, with the explicit goal of increasing collaboration and communication.

As we do so, we should consider research from Stanford and University of California Berkeley professors who found that the results of moves to open office spaces are mixed. Success or failure, they found, depends on leaders communicating the vision behind the new space and having positive attitudes about the move, and allowing teams the latitude to adapt work spaces to their needs.

To improve the frequency and clarity of our communication, we also need to reward staff for putting as much work into building contacts within the U.S. government as within host countries.

With this research in mind, I believe the department’s move to open work-spaces can be a net positive. Simply put, you are more likely to talk to people you see. Why does interagency communication work better in the field than in Washington? Because in the field we see our interagency colleagues in the cafeteria, in the halls and after work. We develop relationships, which then smooth the flow of information.

Having more State Department employees serve in other agencies as liaisons or political advisers could help address those physical barriers—such as distance—that can’t be removed.

Cultural inhibitions to information sharing are just as formidable as physical barriers. Here the department’s culture of individual (rather than team) success, of risk avoidance and of hierarchy often cause officers to err on the side of keeping their mouths shut. That hand doesn’t go up; that other section or agency isn’t added to the cc line. We should do better at promoting a culture of transparency, which encourages all team members to speak up, share information and ask questions.

Leaders can set a positive example in this regard by inviting feedback and debate. The most effective leaders know that one of their primary jobs is to guide and inspire. As we progress up the ranks, we seem to lose the dynamism and passion that first led us to the State Department. We maintain our laser focus on making and executing policy and programs, but often forget that a leader’s primary job is to empower others.

We need a renewed focus on communication at the State Department. When we communicate our values and priorities, improve the precision and frequency of our conversations, and remove physical and cultural obstacles to collaboration, we create an empowered workforce that sees the broader purpose of its work. We create teams that seek out the opportunity to build bonds of trust with others across the department and interagency. And we create leaders who value transparency and inclusivity.

That’s a message worth spreading. 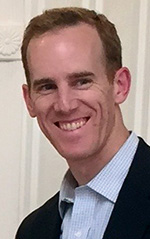 Peter Lohman joined the Foreign Service in 2009. He is currently an economic officer in Jakarta. His previous postings include Jerusalem, Chennai and Washington, D.C. He was a cavalry officer in the U.S. Army from 2001 to 2005.