A wall on the Mexican border; family separation; tightening of rules governing asylum; the end of Deferred Action for Childhood Arrivals; termination of Temporary Protected Status; and now, we hear, an effort to make it more difficult for immigrants here legally to become citizens. The Trump administration has reacted to the problems on our southern border by trying to increase border security to keep people out. Missing from the current debate is a focus on mitigating the push factors of migration for those who can walk to the United States.

In the summer of 2014 reports of unaccompanied children from Central America pouring across our southwestern border were national news—they featured in New York Times headlines, lively discussions on cable news and spirited debate in Congress. There seemed to be no stopping this mass migration of young people fleeing violence, poor governance and lack of economic opportunity. The media, and Congress, demanded action.

I was confirmed as the next U.S. ambassador to Honduras in July of that year, and was politely told to get down there and “do something” about the unaccompanied minor crisis. When I arrived in Tegucigalpa in August, I found that the embassy was already intensely focused on trying to improve conditions that were driving the migration. In fact, I could readily articulate a mantra for our activities: We are working with the Hondurans to reduce violence, improve governance and create economic opportunities such that Hondurans would see their future in Honduras, and not in the United States.

The problem was, something wasn’t working. Hondurans, especially family units and unaccompanied children, continued to head to the southwest border in huge numbers. It’s not that we weren’t running great programs in Honduras and elsewhere in Central America—we were. But, inevitably, over time those programs had become focused on outputs rather than results. How many people did we train? Did we have the right people at the table? How were we measuring success? And while we were running programs designed to make Honduras safer, more prosperous and better governed, we weren’t focused specifically on reducing migration.

At the time, Honduras was still among the most violent nonwar zones in the world. In fact, the murder rate had peaked in 2012 at 86 per 100,000 (that number in the U.S. is slightly less than five) and had only come down marginally since then. And the murder rate in the communities most subject to conflict was much higher. It was difficult to create economic opportunities and attack poor governance and corruption when people feared for their lives, and when the police weren’t present in the tough neighborhoods. It was no wonder so many people, including young people, were heading north.

We had to try something new.

Factors That Changed the Dynamic

As is often the case, several factors came together to change the dynamic in Honduras and led to what became the Place- Based Strategy. In Washington, the termination of law enforcement programs in Iraq freed up millions of dollars in the Bureau of International Narcotics and Law Enforcement (INL). That money needed a new home. When the director of Western Hemisphere programs in INL asked his team for ideas—he needed a plan within the hour—a talented program officer jumped on it.

She had recently returned from a temporary assignment in Honduras, where she had seen that INL wasn’t working in some of the most violent neighborhoods (everyone said you couldn’t) and, in many cases, was not in sync with USAID programs. She produced a paper highlighting the most progressive thinking by USAID and INL teams, which centered on co-designing and coimplementing interventions in the toughest neighborhoods in Honduras to get at the root causes of homicides, preventing and deterring them from happening.

Almost simultaneously, but independently, USAID had sent both American and Honduran staff members to Los Angeles to learn about that city’s successful model for reducing gang violence. The LA model targeted those most likely to commit violence or become its victims and—unlike many programs, including in Honduras—made community policing central to success.

Finally, USAID’s Office of Transition Initiatives was already at work in Honduras, experimenting with community policing and with a targeting system similar to the LA model. When we decided that we would focus efforts on reducing violence, and specifically the homicide rate, we could build on the solid base that OTI had already begun creating.

This happy coincidence of ideas, money and experimentation was followed in November 2014 by a visit to Honduras by INL Assistant Secretary Bill Brownfield. He pitched a “Bold New Initiative” to reduce violence, and thus reduce northbound migration. It was an INL-heavy concept, one that still needed to be integrated with USAID and OTI, but having Brownfield’s weight, money and enthusiasm behind a new initiative was crucial. Because the Los Angeles model preached something quite compatible with the Bold New Initiative, and since USAID was already headed in a similar direction, the agency was receptive.

The enthusiasm on all fronts convinced me that it was worth trying. Brownfield and I briefed Honduran President Juan Orlando Hernández, who was cautiously enthusiastic, and the initiative, now renamed the “Place-Based Strategy,” was born.

Following the initial pitch and approval, the hard work began. INL and USAID met for a two-day offsite in Tegucigalpa to develop a co-implementation plan and agreement, which they sent to me for approval. The proposal was important because it outlined the necessary components of the PBS model: We decided what to focus on (homicides) and where (three neighborhoods in San Pedro Sula, the so-called murder capital of the world), and we decided who would do what.

Building on longstanding OTI programming, INL would focus on getting the police back into these most violent neighborhoods and introducing a community policing model. It would also focus on gang rehabilitation and inoculating young kids to gang membership through their Gang Resistance Education and Training prevention program. USAID would focus on prevention programs, education, outreach centers, secondary prevention counseling for those families most at risk and community organizing.

But none of these programs would operate independently or in a vacuum. Rather than implementing a series of programs, both INL and USAID would listen to the communities and deliver services that the communities believed would reduce violence. Working together, they’d all be focused on the most violent neighborhoods in Honduras; and they’d all be trying to identify those at risk of committing violence and becoming victims of violence. How is the Place-Based Strategy different from what we did previously? What’s the secret sauce?

According to the embassy’s PBS team, the three keys to success are: (1) a laser focus on the “hottest” areas and the “hottest” people—those most at risk; (2) INL and USAID co-designing and co-implementing programs (not just “coordinating”); and (3), the police and community taking co-responsibility for security in these most violent areas. James Watson, USAID director in Honduras during the first years of PBS, said that it’s essential for law enforcement to understand and value the softer programs like education, counseling and community centers, and that it’s equally important that civil society and the community understand that PBS won’t work without a strong community policing presence.

Local leaders, not embassy officers, are the key drivers of change. It probably sounds easy and certainly sounds like common sense. But, in fact, this approach was new, different, radical … and successful.

How Successful Is It?

PBS is designed specifically to reduce violence in the most violent communities. Has it done that?

Let’s compare those dramatic numbers to other extremely violent communities in Honduras. In La Lima, where INL runs programs but USAID does not, there were 99 murders in 2014 and 73 in 2017. In Choloma, where USAID manages programs but INL can’t because of police vetting issues, there were 194 homicides in 2014 and 216 in 2017. Clearly, the PBS can play a dramatic role in reducing violence.

Sustainability is, of course, crucial to the long-term success of PBS. As the Honduran government and other communities across Honduras saw the success of PBS, they clamored to adopt the model elsewhere. As the newer neighborhoods adopt and adapt the successful model of the three pilot communities, USAID and INL can gradually reduce their roles. Members of the Honduran National Police now learn the community policing model at the academy, not from U.S. trainers. Local ownership of PBS was and remains the goal. 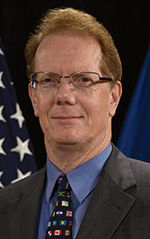 James D. Nealon was ambassador to Honduras from 2014 to 2017. He is currently a Wilson Center Global Fellow. A Foreign Service officer from 1984 to 2017, he served in 10 overseas posts in the Americas, Europe and Asia. He served as deputy chief of mission in Montevideo, Lima and Ottawa, and as civilian deputy to the commander of the U.S. Southern Command. Ambassador Nealon ended his government career in 2018 as assistant secretary for international affairs at the Department of Homeland Security. 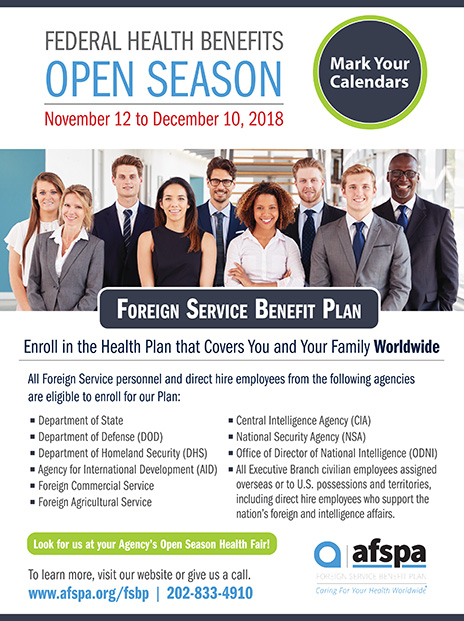 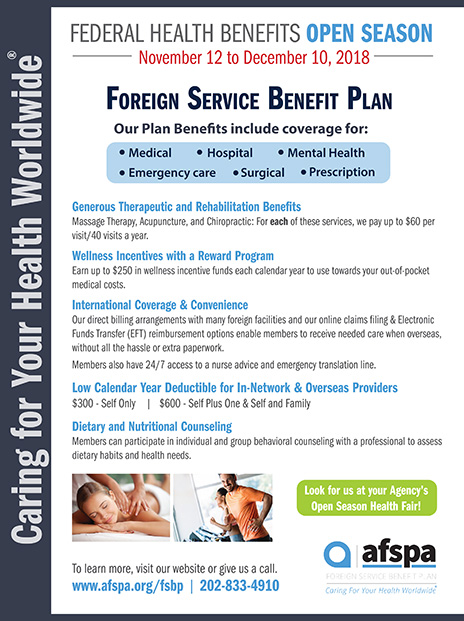 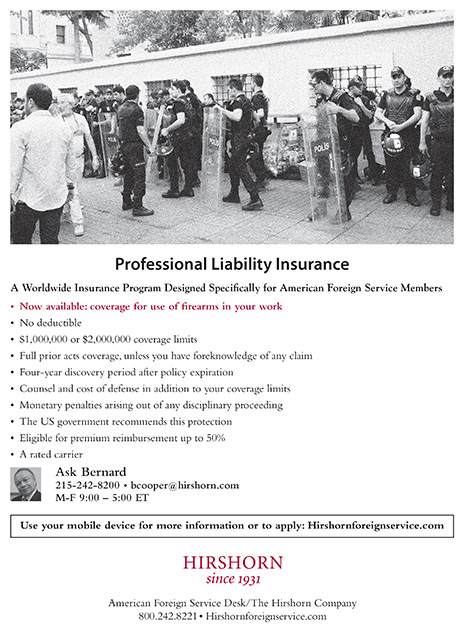 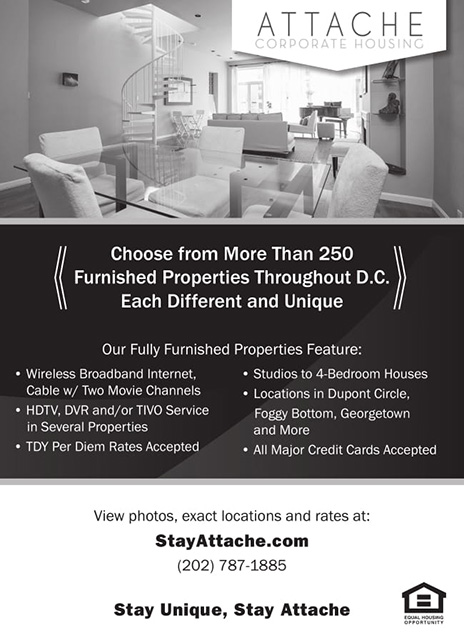