The September issue focuses on AFSA Awards and Dissent. 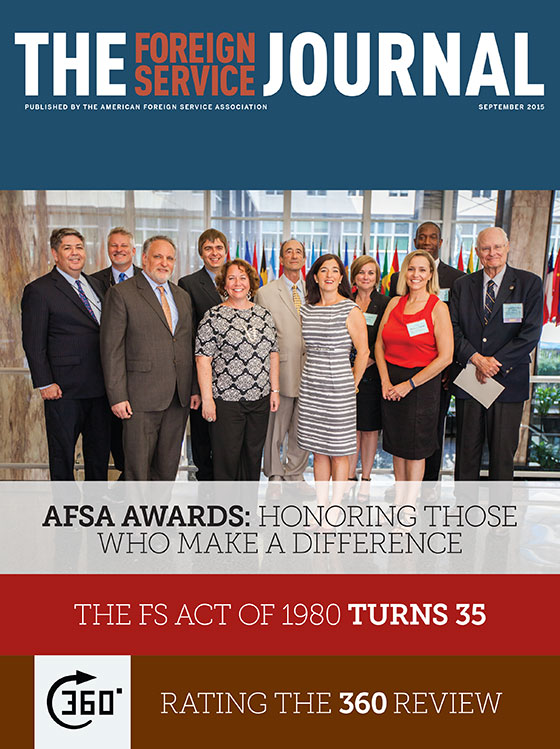 A Lifetime of Public Service: An Interview with William C. Harrop

The recipient of AFSA’s 2015 Lifetime Contributions to American Diplomacy Award talks about his Foreign Service career, his pioneering role in AFSA and his view of the challenges before the Foreign Service today.

Clearing the Air in New Delhi

How one FSO used constructive dissent to advance a sensible approach to air pollution in India.

The Foreign Service Act of 1980 became law in early 1981. A year later, the FSJ asked Congress, State management and AFSA leadership to evaluate its implementation. Here are their responses.

Going Back to Work: A Step-by-Step Guide for Foreign Service Spouses

One of the great challenges of Foreign Service life is how an FS spouse can maintain or develop a career. Here are some practical tips.