How the 1619 Project Can Help Public Diplomacy

To be effective, U.S. public diplomacy should make a point of presenting how Americans wrestle collectively with acknowledging our own history, including past sins, and try to improve along an arc of moral justice that is spelled out in our Declaration of Independence and Constitution.

An excellent subject for such a presentation is The New York Times’ 1619 Project, which was launched in August 2019 to mark the 400th anniversary of the beginning of American slavery. An ongoing initiative in print and digital form with articles and photos, “it aims to reframe the country’s history by placing the consequences of slavery and the contributions of Black Americans at the very center of our national narrative,” the Times states.

Not only is the project an important focal point in the discussion of the problem of racism taking place in the United States today, but the controversy surrounding it illustrates both the complexities of the issue and the give and take of vigorous debate in a democracy.

To make clear where I’m coming from with this, I’m going to back up for a moment. In a previous life, when I taught eighth grade social studies, I began our Constitution module with a lesson on fractions: the three-fifths clause. For a moment, my students shed their awkwardness and aloofness to agree in unison: “That’s messed up, Mr. Fer.” Indeed.

That year, I pledged a graduate chapter of Alpha Phi Alpha, the country’s oldest predominantly African American fraternity, and the first one to integrate. Of the organization’s renowned members (including Martin Luther King Jr., Thurgood Marshall, Jesse Owens and Duke Ellington), Paul Robeson was the one I most admired.

Quite possibly the most well-rounded American to ever live, Robeson was the definition of a Renaissance person, truly excellent in half a dozen disparate fields: athletics, drama, singing, activism, linguistics and law. Yet no one in the United States seemed to know who he was.

Through further reading I discovered that Robeson’s life was destroyed by the witch hunts of the Red Scare days, and his legacy carefully erased from history, ironically just as Stalin did to his rivals in the Soviet Union. My research also showed me that Paul Robeson had significant faults. His extramarital exploits were as varied and frequent as his public engagements, a flaw I find indefensible, especially after reading his wife’s touching biography of her husband.

Robeson also was a staunch promoter of Stalin, even when the facts of his barbaric reign were revealed and verified. To many, this lapse in judgment warrants the treatment Robeson received in life, as well as the lack of attention he receives in death. To a smaller group—in which I count myself—it provides the opportunity to examine a great person in totality, serious flaws and all. While I cannot defend Stalin, I can understand how Robeson, who once charged the United States with genocide against African American people, could make such a difficult choice between the Soviet Union and his home country.

As a public diplomacy officer, I’ve tried to promote opportunities to engage foreign audiences on such difficult topics—which exist in the United States and in every other country in the world—to show how to articulate and evaluate tough problems, to show how democracy works.

In 2013, during my second tour, I suggested we put together a panel of alumni and American officers to discuss Senator William J. Fulbright, a man who launched the world’s most renowned scholarship with the aim to bridge cultures and save humanity, yet also voted against every piece of civil rights legislation that crossed his desk. I was turned down.

Today the sins of racism in the United States and the complexities of the characters on all sides are out in the open. There is no reason not to point to the vitality of democracy on display in this moment.

Some argue that the 1619 Project is politically motivated and historically inaccurate, and that it perpetuates the racism it claims to reject. In presenting it fairly and most usefully, we need to include critical commentary on some of the project’s assertions, as well as the differing views on its purposes, assumptions and effects.

Significantly, one of the historians enlisted to fact-check by The New York Times, Leslie M. Harris of Northwestern University, said in a March 2020 Politico article that the Times ignored her fact-checks.

There is no reason not to point to the vitality of democracy on display in this moment.

An expert in African American life and slavery in the pre–Civil War era, Professor Harris had been asked to validate one of lead author Nikole Hannah-Jones’ central assertions—namely, that protecting slavery was “one critical reason” the colonists declared independence from Britain.

Harris “vigorously disputed the claim,” as she put it, countering that while slavery was an issue during the Revolutionary period, the protection of slavery was not one of the main reasons the 13 colonies went to war.

Harris’ concern, as she explained, was that such “overstated claims” and inaccuracies could undermine the “spirit of 1619,” which was to cast Black Americans in the spotlight they deserved from the beginning of settlements in America.

What a display of Fitzgeraldian intelligence we’d give if we could hold the following thoughts in our mind and present them at public events: 1) African American contributions should stand front and center in the descriptions of America’s development, before and after 1776. 2) Ignoring the valid fact-checks of experts is bad journalism.

Thoughtful, discerning, critical assessments like those put forward by Leslie Harris are exactly what we should be showcasing as the best of America.

In another enlightening exchange, Conor Friedersdorf, a staff writer at The Atlantic, hosted a podcast, The Philanthropy Roundtable, in which Harris and Columbia University Professor John McWhorter, also African American, debated the value of efforts like 1619.

Though he levied significant criticism at Hannah-Jones’ contention of 1619 as the “true founding” of the United States, McWhorter said he would tell this to young Black Americans and new immigrants to America:

“In terms of what makes America unique, 1776 or various years thereabouts, are absolutely crucial, beyond the flags and the songs. I would tell them that this land was built on the backs of unpaid laborers and enslaved people, and that went far back beyond 1776. … But frankly, I would also tell that young Black person to resist the idea of supposing that the entire history of the United States must be reduced to a story of how well people were doing in learning of how to think of Black people as equals.”

Harris largely agreed, adding: “The message is not just that there was a big problem—and there was—in terms of the ideals of freedom and the continuation of slavery. It’s that how do people think through that? What were the limits on their thinking? And why did it take so long for it to end? … These are important questions because we need to understand how change happens historically. … We have tales of intergenerational struggle and possibility in this country.”

McWhorter and Harris’ debate over the 1619 Project shows Americans at their best: championing free speech; embracing the marketplace of ideas, complexity and nuance; and neither heaping outrage on nor giving a free pass to controversial statements.

The 1619 Project staff and Nikole Hannah-Jones won a Pulitzer Prize for their efforts, but their work should not be exempt from a thorough examination. “Newspapers should have no friends,” Joseph Pulitzer said—and therefore, their journalists should have the thick skins, open minds and gracious egos to accept and learn from valid criticism.

To her credit, Hannah-Jones told The Atlantic that she accepted general criticism and planned to better contextualize 1619’s claims in a forthcoming textbook.

American minds may be too mesmerized by their own media machines to engage each other in liberal discourse, but that doesn’t mean we can’t set a better example abroad.

In fact, it was up to her employer, The New York Times, to have spoken up, to insist on accuracy. Yet the Times doubled down, revealing another aspect of the 1619 Project controversy: In the environment of extreme political polarization in the U.S. today, our moneyed and partisan media machines have found it unprofitable to present both sides fairly.

This pervasive media bias is tough to witness from abroad, especially while championing American democratic ideals in public. Perhaps PD practitioners can do what American media refuse to do: allow for and encourage open, respectful analysis in the marketplace of ideas.

There are currently hundreds if not thousands of media literacy programs funded, executed and sustained through U.S. diplomatic missions across the world. We should use these opportunities to present such difficult issues to foreign audiences in the spirit (if not the practice) of American freedom of speech and the press.

Showcasing the Marketplace of Ideas

For example: We frequently criticize countries in which oligarchs control most media outlets and therefore what publics get to consume. We should accompany the same criticism with the admission that The Washington Post is owned by the world’s richest man, The New York Times’ market cap runs in the billions and News Corp’s billions more. How do the bottom lines at those publicly traded companies influence which headlines make it above the fold?

We rightly champion freedom of religion the world over and immediately denounce anti-Semitism whenever it surfaces in public channels. Those are the right things to do. But should “hate speech” be banned? Who determines what is hate speech? Where does it go once it is disallowed on mainstream platforms?

Foreign audiences should be able to consider venture capitalist Joe Lonsdale’s argument in defense of free speech without fear of being shushed or canceled: “As a Jewish man whose 100-year-old Bubbie (grandmother) lost many of her close and extended family in the Holocaust, I am disgusted by people who deny it. But when we restrict the free and open debate of ideas—no matter how asinine—we put ourselves into dangerous territory that leads to arbitrary violations of our liberty.”

Visitors to our overseas PD events should be able to view rapper Killer Mike’s anguished appeal to Atlantans after the George Floyd killing, and analyze why he had to say to CNN: “Stop feeding fear and anger every day.”

They should be encouraged to wonder why journalists like Matthew Yglesias and Glenn Greenwald left Vox and The Intercept, outlets they co-founded.

This piece, itself, with its pointed callout of American mainstream media, should be picked apart via critical thinking, kindness and cooperation, not agitation or us-versus-them dismissals.

American minds may be too mesmerized by their own media machines to engage each other in liberal discourse, but that doesn’t mean we can’t set a better example abroad.

During the Cold War, public diplomacy played an outsized role in showing audiences behind the iron curtain that values such as free speech and the promotion of a diverse marketplace of ideas were what made America great.

Despite today’s political polarization, it remains a winning formula. 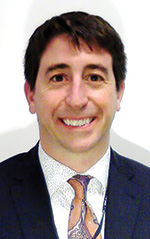 John Fer is the information officer at U.S. Embassy Tbilisi. With the State Department since 2009, he has served in New Delhi, Managua, Moscow, Riga and Washington, D.C. Prior to joining the Foreign Service, he worked as a firefighter/EMT for Montgomery County, Maryland. He is an Air Force veteran and a returned Peace Corps volunteer (Nepal). He and his wife, Victoria, have two sons. 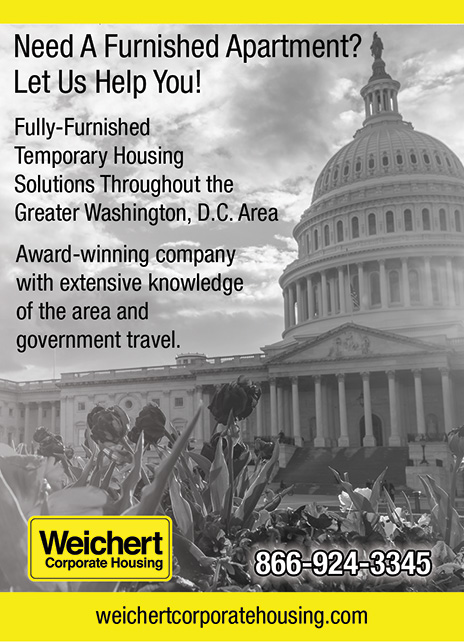