Looking Back on a Divided City—From the FSJ Archive 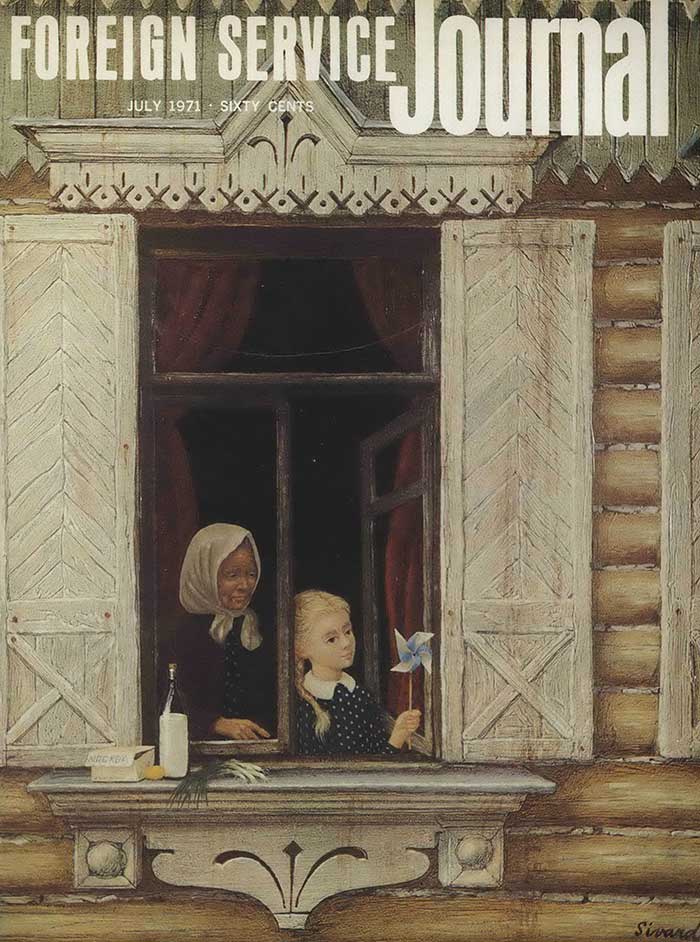 Washington was, at this time [mid-1961], becoming increasingly concerned about the growing flood of refugees into West Berlin. After Vienna, many East Germans again were gripped by the fear that the door was about to be closed. Many who had hesitated to abandon their homes and loved ones before now decided that they had better make their escape while they could. Although the border with West Germany was sealed, they could travel by train or bus to East Berlin. From there, they easily skipped into West Berlin on foot, by streetcar, or subway, for the controls at the sector boundary were perfunctory. …

[East German head of state Walter] Ulbricht began controlling movement between East and West Berlin in 1951. Over the years, the number of crossing points were progressively reduced. While these still permitted a great deal of movement back and forth—an estimated half million a day—he had established the principle that he controlled the number of crossing points. During 1960 Ulbricht introduced new controls regarding travel by West Germans and West Berliners to East Berlin but eased off when Adenauer threatened to suspend interzonal trade. The issue subsided until after the Vienna conference.

Washington knew that something was afoot when Ulbricht flew off to Moscow in early August 1961. …

During the week of August 6, the war clouds accumulated rapidly. The NATO Foreign Ministers concluded their meeting in Paris and reaffirmed their determination to maintain the freedom of West Berlin. On Wednesday, August 9, Khrushchev boasted of his superbomb. … On Thursday, August 10, Kennedy admitted the seriousness of the situation and expressed the hope that the Berlin question could be settled with negotiations. ...

On Saturday, August 12, Khrushchev and Ulbricht drew two more cards. The East German Council of Ministers adopted a decree making the line through Berlin a state boundary. East Germans and East Berliners could cross only with special permission. …The Minister of the Interior, Karl Maron, issued a decree, which designated 13 crossing points. The decree concluded by saying, euphemistically, “Citizens of the German Democratic Republic who do not work in Berlin are asked to refrain from traveling to Berlin until further notice.” …

Meanwhile, Marshall Konev had flung an armed ring around Berlin. Soviet and East German forces were placed on alert.

Shortly after midnight, on Sunday, August 13, the subways stopped at the sector boundary. Police told the passengers to get off. They could not cross the line. Police also halted all vehicles and streetcars. Soon people on foot or on bicycles were caught in the net. Guards began stringing barbed wire. Others placed obstacles in the roads. Gradually, movement across the boundary ground to a halt.

In the morning, Berliners awoke to find their city divided— with both incongruous and tragic results. A man who had gone to East Berlin for a party and stayed the night found himself trapped. Another, who had gone to East Berlin to visit his mother, was separated from his wife and children. Men and women who had worked in the other half of the city were suddenly unemployed. Moreover, thousands of East Germans who had waited one day too long were trapped in Ulbricht’s concentration camp. …

For six days, Ulbricht watched the reactions and strengthened his fence. He began construction of the wall on August 19. Four days later, he reduced the number of crossing points from 12 to seven. …

—John Ausland, from excerpts of his manuscript on the Berlin crisis published in the July 1971 FSJ. He was as a member and later deputy director of the Berlin Task Force from 1961 to 1966. 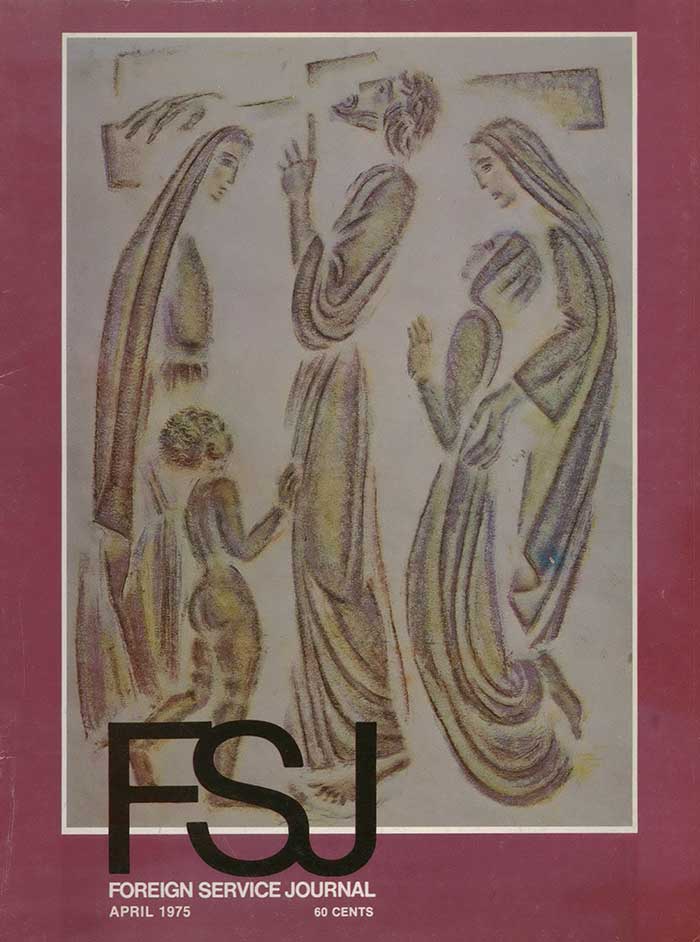 Three years after signing the 4-Power Accords on Berlin [on Sept. 3, 1971], the United States has entered into full diplomatic relations with East Germany. …

Washington should immediately recognize that the nature of East German-Soviet relations precludes the development of a “special” American link with the SED [Socialist Unity Party of the GDR]. Here Moscow has a formidable advantage over the United States in the realm of all-German affairs, for while the Soviet Union has been able to forge a wide ranging consultative relationship with Bonn ever since Brandt launched his concept of peaceful engagement with the USSR and Eastern Europe in the fall of 1969, Washington has only one foot anchored in German politics, namely Bonn. At least on the German level, American influence is asymmetrical. As one tangible consequence, U.S. policy towards East Germany is robbed of that potential dynamism gained when domestic American leverage can be used against the Soviet Union, as has occasionally been the case in relations between Washington and Warsaw, and frequently the case with Belgrade. In terms of the GDR, the Soviet Union cannot be shortcircuited. …

It should come as no surprise that a more dynamic West German foreign policy toward Eastern Europe since late 1969 has put an end to the extremely close, and from Bonn’s end, dependent, collaboration between ourselves and West Germany. A suppressed tradition of all-German nationalism, temporarily eclipsed by the rise of Adenauer and the premature death of Kurt Schumacher, has been an unavoidable consequence of West Germany’s emergence as Europe’s second strongest power. In recognition of changes at work in intra-German relations, and the on-going sensitivity of Berlin issues, Washington has every incentive to keep West Berlin out of the domestic politics of the Federal Republic. If Washington has the responsibility and obligation to remind Moscow of its responsibilities toward the maintenance of West Berlin’s security, it also has the obligation and responsibility to keep West Germany party politics from complicating the gradual establishment of political relaxation in one of Europe’s most sensitive areas.

—John Starrels, professor at George Washington University. He participated in the briefing of John Sherman Cooper, the first U.S. ambassador to the German Democratic Republic. Excerpted from his article by the same title in the April 1975 FSJ. 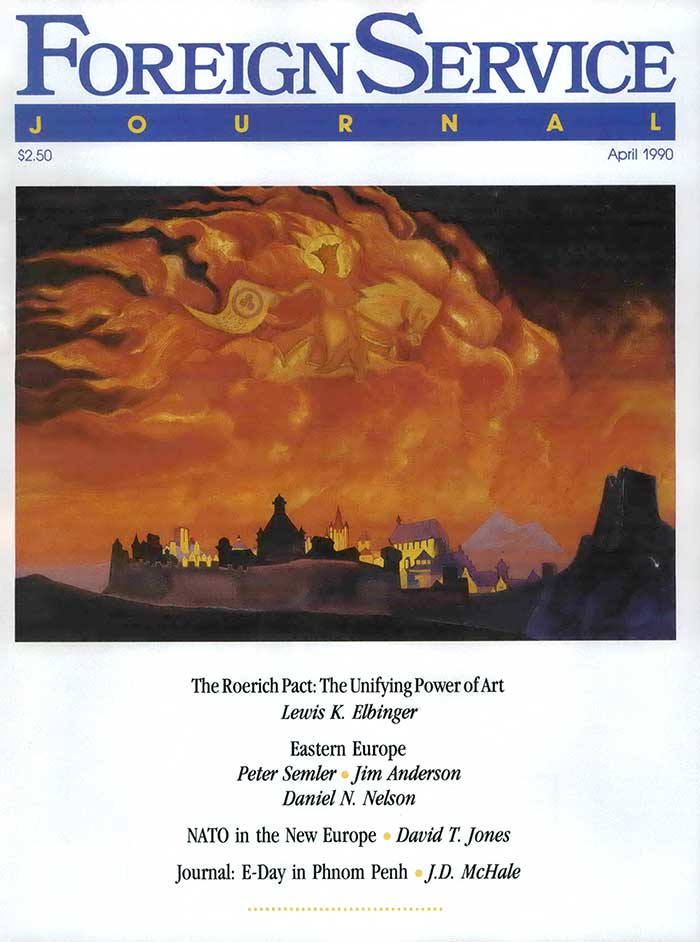 At the old demarcation line, the watchtowers stood empty, and the dogs were gone. … From Leipzig station, I walked over to the brightly restored Nikolaikirche, birthplace of the 1989 revolution, and joined the parishioners streaming into the now traditional Monday 5:00 p.m. service …

By this mid-January night the future of the GDR had already been decided: it was to have none. West German film crews were passing live to their audience Leipzig’s quasi-unanimous vote for unity.

Jens-Otto Reich of Neues Forum, Rudolf Bahro, Pastor Fuehrer himself, all those who thought the second German state should have the chance to show that it could develop into something decent, durable, and socialist, had been overrun. For better or for worse—and I met many ordinary East Germans who regarded unity as an unavoidable necessity rather than a patriotic duty— the revolution had become all-German. …

I doubted then as I do now that East Germany is as economically bankrupt as its people say. … I discerned an air of expectancy as I watched people in Leipzig and East Berlin go about their business in a normal manner. … East Germany will be part of a unified German state that will not have come into existence by humiliating powerful nations, as was the case with the German Empire in 1871. If ever a region was primed for a takeoff, it is the current GDR.

—Peter Semler, at the Foreign Service Institute’s Center for the Study of Foreign Affairs, from his article by the same title in the April 1990 FSJ.

Bonn Voyage: Bumps Along the Autobahn 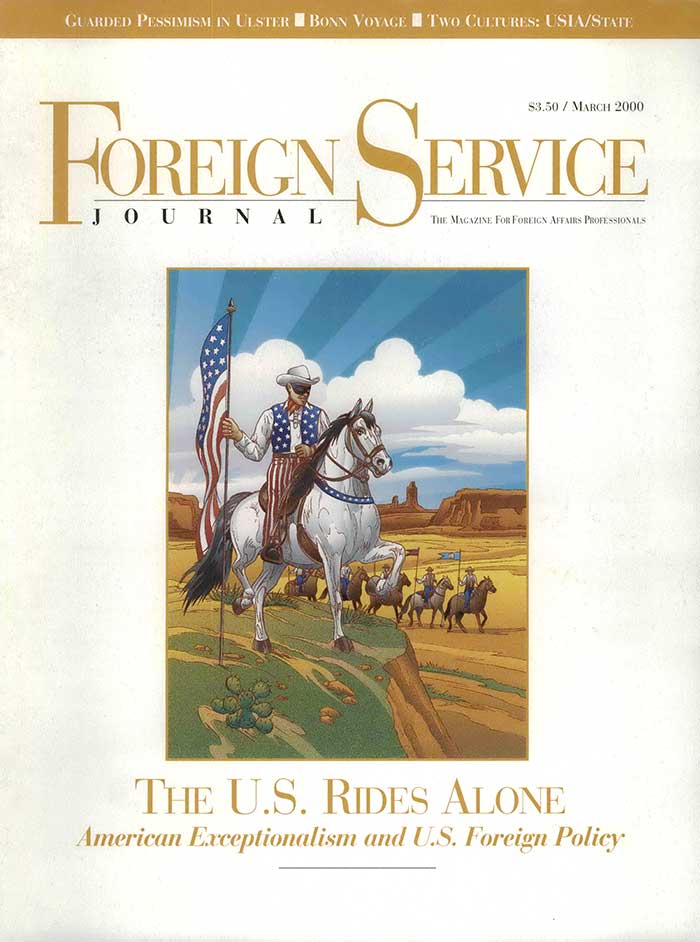 In those days [1962-1989], there was no denying the importance of America’s embassy in Bonn. It was the vital center of U.S. policy in Europe. From it, and from consulates general and America houses administered by USIS to promote American culture throughout West Germany, American diplomats engaged the events and crises of Europe’s postwar history as both observers and participants. With their German and other European partners, they wrote a proud record of accomplishment in pursuit of democratic ideals during difficult and dangerous decades.

Then, one November night in 1989, people pushed, and “The Wall” came tumbling down. Within days, Berlin began to reunite, and Germans and Americans alike were confronted with an utterly changed world. While staff in U.S. embassies in East Berlin and Bonn raced to keep abreast of political events, embassy administrators on both sides of the former East-West divide contemplated the bewildering management challenges brought on by the collapse of the German Democratic Republic and imminent German unity.

Almost overnight, administrative structures that had supported the most important U.S. diplomatic landscape in central Europe were rendered obsolete. Accustomed to the post-1945 world with its marked financial advantages for occupying powers, Department of State planners, with one eye on the U.S. government’s deepening fiscal crisis, could not be blamed if they regarded German unification and the subsequent decision in 1991 to restore Berlin as Germany’s capital as developments representing distinctly mixed administrative blessing.

From the twisted knot of property ownership—the U.S. owned few properties outright in Berlin—to complicated issues of organization and staffing involving U.S. missions throughout Germany, the management agenda was complex and overwhelming. Since the embassy other work never slackened, the move was a bit like remodeling an airplane in full flight.

—Richard Gilbert, a retired USIA FSO, excerpted from his article by the same title in the March 2000 FSJ. 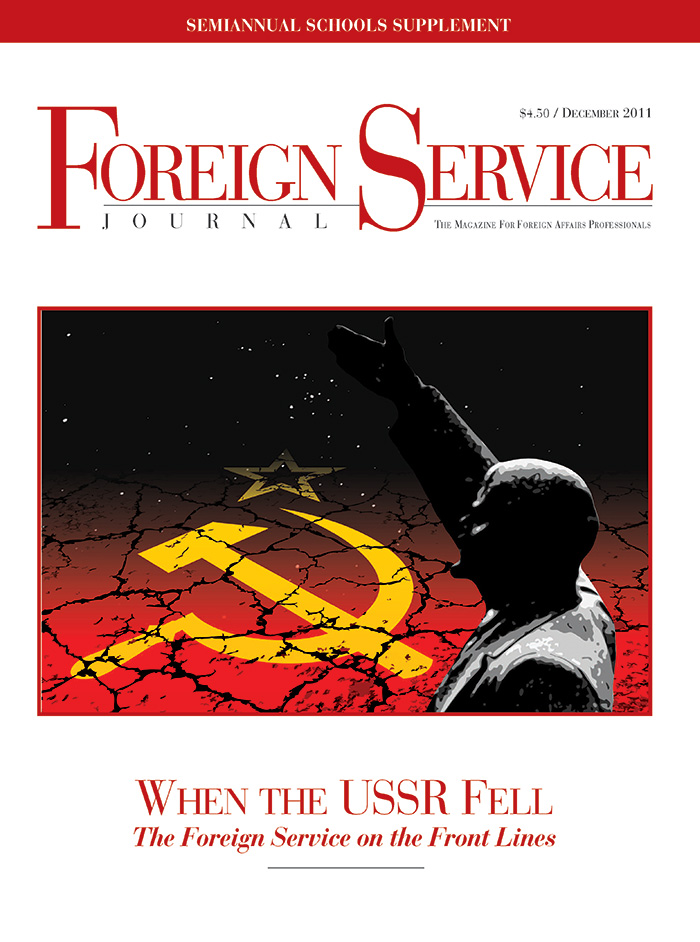 So spoke President Ronald Reagan in 1987. In the background was the Brandenburg Gate, all too visible behind the Berlin Wall. Reagan’s stirring words, though noted at the time, came dramatically alive when the wall was literally and joyously torn down in 1989. It was a gripping episode in the events that led to the end of the Cold War. …

The disappearance of the wall is a metaphor for the end of the Cold War, which occurred largely without bloodshed. And the lessons we should learn are potentially useful because security concerns once again threaten the freedom and prosperity of our world.

One of the most important reasons for success in ending the Cold War was that we in the West had a strategy that we sustained for almost a half-century. The basic architecture was put in place and solidified in the Harry Truman and Dwight Eisenhower years, and that architecture, particularly the NATO alliance, served us well throughout the Cold War. …

So here we see on display a set of important ideas:

• Change toward freedom and openness is possible.

• Strength of purpose and capability are essential.

• Strength works in tandem with diplomacy.

• A successful strategy must be based on realism and sustainability.

The Cold War is over, but lessons learned from the way it ended are important to remember as we confront the serious threats facing the world today.

Strength is always key: the military capability, willpower and self-confidence to act when necessary. But consultation and diplomatic engagement are equally essential. To paraphrase Helmut Schmidt, there is no substitute for human contact. Just be careful about what you say, and be sure your diplomacy is supported by strength.

Perhaps we can also gain some momentum for this agenda of strength, cooperation, containment and diplomacy from the pursuit of two big ideas on a global scale. Each is drawn from the Ronald Reagan playbook used during the Cold War.

First, can we find our way to a world free of nuclear weapons? … Second, can we reach a broad consensus to attack the issue of global warming? …

The pursuit of big ideas on a world scale might well generate just the sense of cohesion that would help like-minded nations face down other problems that threaten our peace and our prosperity. Heeding the important lessons from the end of the Cold War will help us as we work to solve today’s most urgent problems.

—George P. Shultz, Secretary of State from 1982 to 1989, from his article by the same title for the December 2011 FSJ “Focus on the Breakup of the Soviet Union.” 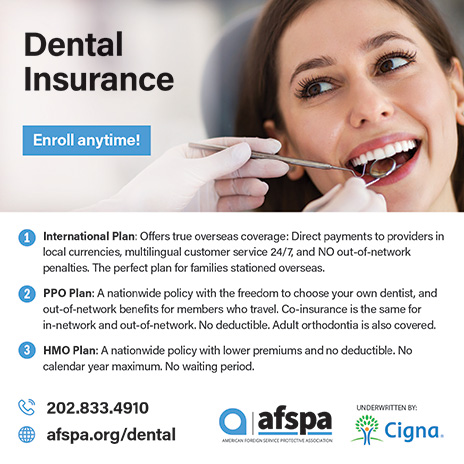 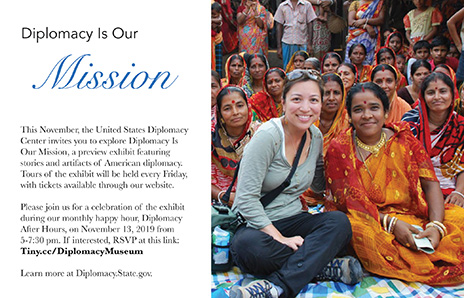