The Wall, Then and Now

The Foreign Service Journal > November 2019 > The Wall, Then and Now

Change was in the air in Berlin and throughout Eastern Europe back in November 1989, but the sudden fall of the Berlin Wall—that symbol of the Iron Curtain and a figurative and literal barrier between East and West—was unexpected.

On the night of Nov. 9, East German police stood down and did not shoot as thousands of East Germans flooded over the wall and the gates essentially swung open. That night and that weekend marked the beginning of the end of the Cold War.

The Foreign Service was there on the ground—in East and West Germany, throughout Eastern Europe, in the Soviet Union and around the world—reporting back to Washington, managing relations with host countries, practicing diplomacy and trying to make sense of that momentous event, all as the landscape was shifting.

For this commemorative edition of the Journal, we aimed for various angles on this history. We asked Ambassador Eric Rubin, AFSA’s current president, to share the view from Washington, where in 1989 he was serving on the Soviet Desk at the State Department. In “A Time of Hope and Optimism,” he explains how the fall of the Berlin Wall presaged a series of events that transformed the postwar world.

Ambassador (ret.) J.D. Bindenagel offers a broad perspective from East Berlin, and retired FSO Louie Sell then presents the 1989 view from Yugoslavia. A collection of excerpts from the FSJ Archive offers historical perspectives and background, including some lessons learned from former Secretary of State George Shultz.

In addition, as part of The Foreign Service Journal’s mission to tell the story of the Foreign Service and diplomacy, we reached out to our members to ask, “Where were you when the Berlin Wall came down? What was the impact on your post, your work, the local environment and the U.S. relationship with the host country?”

And what a response we got! Close to 50 firsthand accounts came in from people who were then serving in East Berlin, in West Berlin, throughout the region and around the world.

Future ambassador Mike Hammer (then a junior officer) happened to be on holiday in Berlin during that historic weekend, when East and West came together to celebrate. Caught up in the excitement, he climbed on top of the wall with other revelers, which led to the cover photo capturing the view of the wall from the east, with police looking on.

Our compilation of reflections from that weekend begins with Mike’s account. We are grateful to him, and to all the others who contributed personal stories that invite all of us to step back in time to 1989. Hopefully the compilation brings that moment to life, offering a glimpse of a more optimistic time, a time of great promise for freedom and democracy.

Now three decades on, amid today’s crisis in governance and diplomacy, the American optimism and support for democracy (even our own) of those days seem almost quaint.

As we go to press—always sooner than ideal, especially during this time when something written in the morning is obsolete by afternoon—we were able to make space in Talking Points for an excerpt from Ambassador Marie “Masha” Yovanovitch’s statement ahead of her Oct. 11 testimony on the Hill as part of the impeachment inquiry.

That remarkable statement is worth reading in full. It may be the best real-world illustration in years of why we need non-partisan career diplomats on the job around the world.

Thank you, Masha, and George Kent, Mike McKinley, Bill Taylor and others, for standing up for professional diplomacy and the U.S. Foreign Service.

We stand with you. 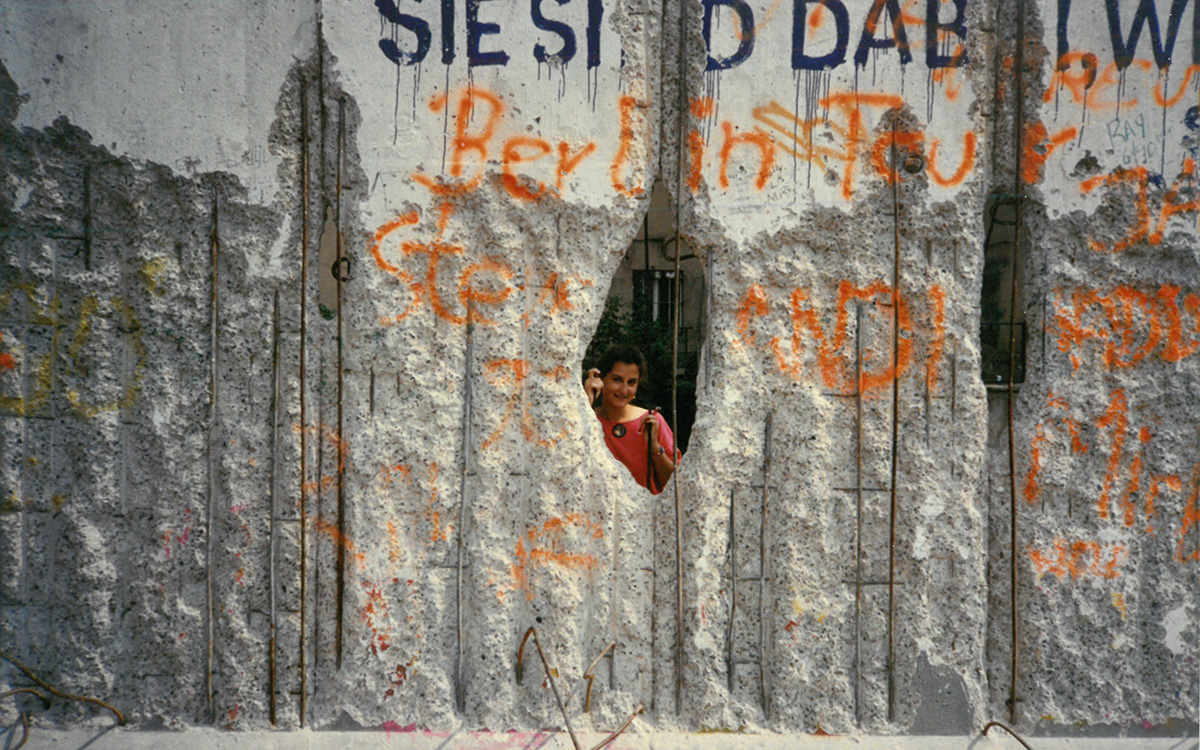