Last month, in “Setting Our Course,” I concluded by saying that as AFSA president I want to spark and sustain a conversation with you, the members of the Foreign Service, about our profession.

As I write my third President’s Views column, the new AFSA Governing Board, sworn in on July 15, is headed to a retreat aimed at further refining the vision for our term in office and aligning AFSA’s resources behind the three pillars of the work plan—comprehensive workforce planning, outreach to the American public and inreach to our members—that support the goal of a stronger Foreign Service fit to lead American foreign policy today, and a generation from now.

We will open the retreat by talking about the mission of the Foreign Service: What does the Foreign Service do and what will it be called upon to do in the next 15 years or so? If we are going to be successful telling our story to the American people and, indeed, to the newer members of our profession, we need to be able to speak and write articulately about what the Foreign Service actually does and why that matters to the American people. I sometimes joke that we resort to saying things like, “We write memos and go to meetings.” I know we can do better than that. For example, we convene stakeholders, we frame agendas, we build bridges across cultures and languages and disciplines, and we enable people to make common cause.

I invite you to join in this effort to describe—in compelling terms that resonate with the American people—what the Foreign Service does today and what it will be called upon to do in the future. The clearer we can be about the task before us, the better we will do at advocating for a workforce properly resourced and structured to excel at the task. Please send your thoughts, using action verbs, to president@afsa.org.

We need to be able to speak and write articulately about what the Foreign Service actually does and why that matters to the American people.

To get the conversation going, I invite you to read the article by Maria Livingston in the AFSA News section on the speech I gave recently on the “New Threat Set”—climate change, immigration, rising oceans, declining fisheries, pandemics, cyberattacks, food and water insecurity.

In the face of these new challenges, we in the Foreign Service will not be able to call on our military colleagues (none of these threats is particularly responsive to the application of military force), nor will we be able to rely as much on traditional counterparts; namely, host government ministry officials. The oceans don’t have a government; neither does cyberspace. Neither Ebola nor immigrants stay within borders.

With power becoming more diffuse, U.S. convening authority can no longer be taken for granted. We are going to have to work hard and smart to maintain our role as the indispensable nation—harnessing America’s unrivaled soft, attractive power to convene stakeholders around a thoughtful agenda to achieve purposeful, collective action.

We are going to need to not only up our game but also understand that the game is changing—fast—and we must stay ahead of that change. We need to be knowledgeable and strategic, playing an increasingly critical role as the bridge builders central to addressing complex global issues.

I will aim to report back to you next month on the best ideas from the AFSA Governing Board retreat and from you on how to tell our story and how best to explain what the Foreign Service does and what we will be called on to do in the next 15 years. I also hope to be able to share with you a core set of arguments about why it matters, or should matter, to the American people to have American diplomacy in the hands of a top-flight corps of career professionals. 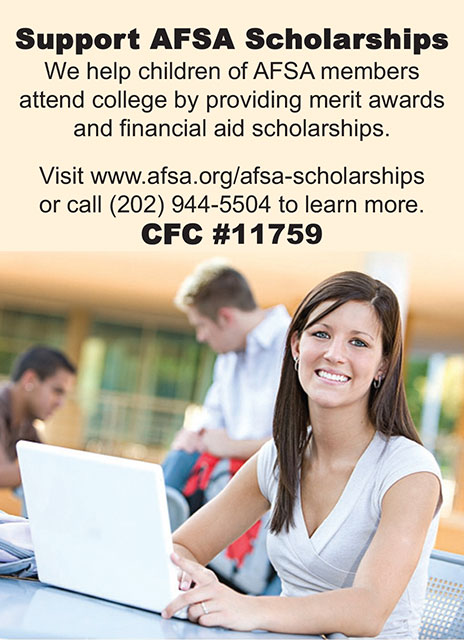 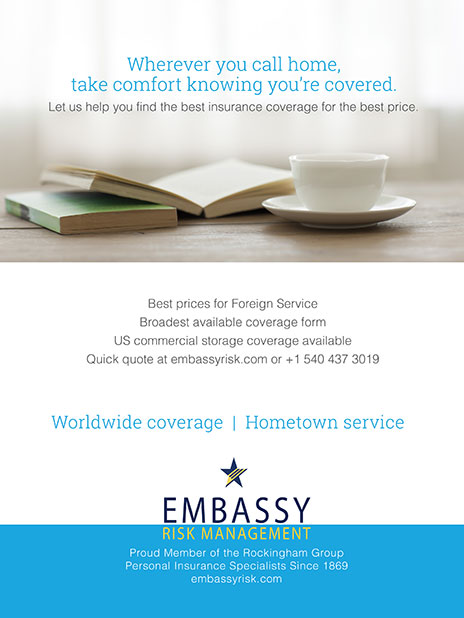