Should Ukraine Have Kept Nuclear Weapons?

The Russian invasion threw the Budapest Memorandum’s efficacy into question. Here are thoughts from a lead negotiator for that important arms control milestone.

As one does at this time of life, late in a career, I have been cleaning out closets. Recently I found a letter that I received from President Bill Clinton on Dec. 9, 1994. He signed it on the day that I was leaving his National Security Council staff to take up a post at the International Institute for Strategic Studies in London.

The president wrote: “Two of your accomplishments … deserve special praise. The first was your tireless work in conceiving and helping to negotiate the Trilateral Statement among Russia, Ukraine, and the United States that will lead to the removal of all nuclear weapons from Ukraine. The second … was your leadership … in securing the adherence of Belarus, Kazakhstan, and Ukraine to the Non-Proliferation Treaty.… These are the achievements of a lifetime.”

Reading this letter now, I have to examine my conscience: Were these really achievements worth celebrating? Or should my colleagues and I in the Clinton administration have foreseen the evil that would befall Ukraine 30 years later? Impossible for me to know, but at least I can say how I thought about it at the time.

Ukraine, Kazakhstan, and Belarus each received assurances in Budapest on Dec. 5, 1994, that once they handed over their nuclear weapons, they would be secure from attack. The Russian Federation, the United States, and the United Kingdom “reaffirmed their obligation to refrain from the threat or use of force against the territorial integrity or political independence” of each of the three countries.

Famously, these assurances were not present in a legally binding way in the documents they received, the Budapest Memorandums, but the countries providing them were reaffirming a legal obligation housed in the United Nations Charter. And they were doing so at the highest level: Russian President Boris Yeltsin, U.S. President Bill Clinton, and U.K. Prime Minister John Major signed the individual memorandums.

The delivery vehicles could be destroyed in situ, but the warheads would be handed off to Russia, which would become the single NPT nuclear weapon state to emerge from the breakup of the Soviet Union. Russia would have to eliminate most of the warheads, although a few from Belarus would be redeployed on missiles in Russia.

Ukraine’s Budapest Memorandum has been under assault by critics ever since the Russians seized Crimea and went to war in the Donbas in 2014. However, the attacks against it have risen to new heights since Russia invaded Ukraine on Feb. 24. Among Ukrainians, no less than President Volodymyr Zelenskyy blasted the agreement at the Munich Security Conference in 2022, just days before the invasion. His foreign minister, Dmytro Kuleba, told Lesley Stahl on CBS’ “60 Minutes” on Feb. 20, 2022, that it was a mistake for Ukraine to give up its nuclear weapons; on that account, the United States “owed” Ukraine. And Leonid Kuchma, who was president of Ukraine when the Budapest Memorandum was signed, stated to the BBC: “Without nuclear weapons, Ukraine is not in a condition to respond adequately to Russia.”

Experts outside Ukraine are questioning the original rationale for the Budapest Memorandum and raising the alarm that its failure could spur nuclear proliferation. (See, for instance, “The Russia-Ukraine war may be bad news for nuclear nonproliferation,” by Michael O’Hanlon and Bruce Riedel of the Brookings Institution.) They mostly agree that the outcome of the war will determine how much damage there will be to the nuclear nonproliferation regime, as Toby Dalton argues in “Nuclear Nonproliferation After the Russia-Ukraine War” (Georgetown Journal of International Affairs, April 2022).

A bad outcome for Ukraine would bring pressure on countries with big and dangerous neighbors. Such countries may see acquiring nuclear weapons as the only answer for their security. By contrast, a good outcome for Ukraine, with U.S. and allied support, would bolster the case for these countries to refuse nuclear weapons and continue to depend on conventional defense. Among U.S. allies, faith in the U.S. extended nuclear deterrent would also strengthen.

In truth, most outside experts do not give full-throated support to the notion that Ukraine should have held on to its nuclear weapons in 1994. They mostly reflect the idea that the Budapest Memorandum was worth a shot. As Marjana Budjeryn maintains in “Was Ukraine Wrong to Give Up Its Nukes?” (Foreign Affairs, April 2022), the memorandum failed because Russia did not respect it and the U.S. was not paying enough attention. Even Ukrainian commentators stress that Kyiv would have found it difficult and expensive to sustain a nuclear arsenal over time. Ukraine’s lack of enrichment facilities for fissile material would have been a particularly expensive problem.

What We Saw and Thought …

This rush of criticism has been difficult to withstand. Over and over, I and others who were among the U.S. negotiators have had to answer the question: “What were you thinking? Did you not know that Ukraine would have to deter Russia, and nuclear weapons would enable it to do so?”

The answer is no. At the time we were conducting the negotiations over the breakup of the Soviet nuclear arsenal, all of the former Soviet republics had agreed to respect the borders within which they existed when the USSR dissolved. Russia agreed that Crimea was within Ukraine’s borders, a position it reiterated in 1997 when the two countries signed several legally binding treaties to govern the relationship between Russia and Ukraine and the basing rights for the Russian navy at Sevastopol.

The trilateral negotiations that we conducted with the Ukrainians and Russians were tough but amicable. Indeed, Moscow and Kyiv worked out some of the most sensitive issues themselves, such as access for Ukrainian inspectors to ensure that the warheads leaving Ukraine to return to Russia were indeed being dismantled rather than redeployed. This is one of the only examples, as far as I know, of foreign inspectors being allowed inside sensitive warhead facilities—but of course, the Ukrainians weren’t really “foreigners,” having served in the Soviet nuclear forces. They already knew the warhead facilities inside and out.

It was because so many former nuclear officers ended up in Ukraine that I believe some in Kyiv thought that they might be able to hold on to the warheads and create an independent nuclear arsenal. Colonel General Volodymyr Tolubko, for example, had been a senior commander in the Strategic Rocket Forces, the landbased intercontinental missiles so important to Soviet nuclear deterrence strategy. He argued publicly throughout the negotiating period that Ukraine could constitute a national nuclear force.

We Americans argued, in return, that it would not be so easy from a technical standpoint. Command and control of the nuclear missiles located in Ukraine were based in Moscow. To create an independent force, those command-and-control lines would have to be guillotined and a new system put in place, linked to the leadership in Kyiv. In my opinion, such an action would have led to early conflict between Russia and Ukraine, perhaps even of a nuclear nature.

Moreover, the political and economic costs for Ukraine would have been high. On this score, we argued that Ukraine would be isolating itself just at a time when it needed help to establish its independence and sovereignty, including a healthy economy able to stand on its own feet. The high-technology industries based in Ukraine, such as the space and aircraft industries, would only prosper if they had access to the global marketplace.

If Ukraine insisted on hanging on to its nuclear weapons, we argued, such access would be denied it. Instead, it would be isolated, unable to do business. We emphasized the willingness of the United States to help Ukraine to prosper, but not if it insisted on becoming a nuclear power. In short, we saw Ukraine’s path to becoming a viable nation-state as one requiring economic and political development and emergence onto the global stage as quickly as possible. Insisting on nuclear status would isolate Ukraine and, in the end, destroy that process.

Despite my pain at the Russian invasion of Ukraine and all that has gone with it—the atrocities, the death, the damage both human and material—I continue to believe that Ukraine’s formation as a nation would have been stunted from the start if it had insisted on hanging on to nuclear weapons. Instead, Ukraine bought itself three decades to become a sovereign state with a strong national identity and commitment to independence and democratic principles. The road has been rocky—Ukraine has been plagued by corruption, messy politics, poor economic performance, meddling from Moscow—but it has persevered.

I would go so far as to say that Ukraine’s strong sense of national self, born of these 30 years, has given it the spirit to fight this war so successfully with Russia. In doing so, it has gained the respect and, indeed, the awe of its friends around the world. Seen in that way, its decision to become a non-nuclear weapon state in 1994 was the right one. 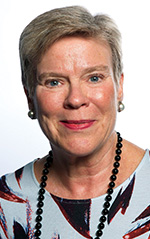 Rose Gottemoeller is the Steven C. Házy Lecturer at the Stanford University’s Freeman Spogli Institute’s Center for International Security and Cooperation. Before joining Stanford, she was the deputy secretary general of NATO from 2016 to 2019. Prior to NATO, she served for nearly five years as the under secretary for arms control and international security at the U.S. Department of State. While assistant secretary of State for arms control, verification and compliance in 2009 and 2010, she was the chief U.S. negotiator of the New Strategic Arms Reduction Treaty (New START) with the Russian Federation.

Prior to government service, she was a senior associate with the Carnegie Endowment for International Peace. She served as the director of the Carnegie Moscow Center from 2006 to 2008, and is currently a nonresident fellow in Carnegie’s Nuclear Policy Program. She is also a research fellow at the Hoover Institution. Her previous article for the FSJ was a look at U.S.-Russian Nuclear Arms Control Negotiations, May 2020. 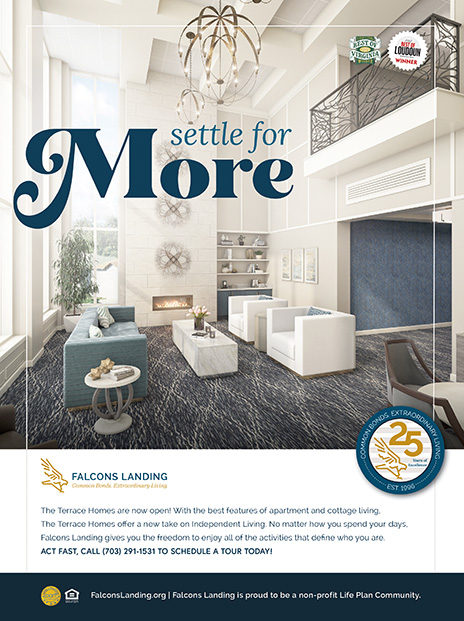 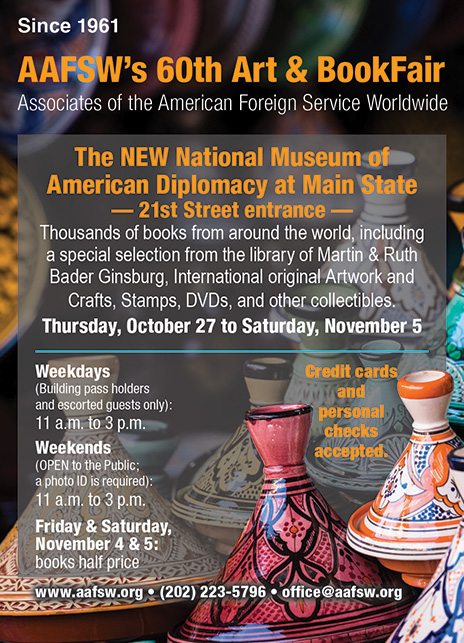