There Is No “Complacent State”

The Foreign Service Journal > October 2019 > There Is No “Complacent State”

On Aug. 8 The Washington Post ran a letter from former Foreign Service Officer Chuck Park explaining why he resigned from the Service and referring to those who remain as the “complacent state.”

Chuck and I joined the U.S. Foreign Service together and were part of the same A-100 class, the five-week crash course in diplomacy given to all newly commissioned Foreign Service officers. One of the first things impressed upon us was that American diplomats serve their country by implementing the foreign policy of the president of the United States; and in the event we could not do that, it was incumbent on us to resign.

Chuck is right to leave the Service given that he is no longer comfortable representing the U.S. government. Since 2017 a number of FSOs have made similar decisions, either resigning or retiring from the Foreign Service. Some have shared their reasons for leaving in op-eds, cable news interviews and even an appearance on a comedy program. In this regard, Chuck’s op-ed is unique only in the harshness of his assessment of those of us who remain.

However, he is wrong in supposing that the career Foreign Service is complacent in anything. Foreign Service officers have an obligation to stay out of politics. This is not complacency. It is professionalism.

The Decision to Serve …or Not

I was glad to see The Washington Post publish Ambassador Dennis Hays’ succinct rebuttal to Chuck’s letter. However, there is a danger that much of the public will think many, if not most, FSOs feel the same as Chuck.

Unfortunately, few Americans even know that the U.S. Foreign Service exists, at least not until a former FSO pops up on the news. I suspect that when many people hear that an FSO has resigned, they imagine a pinstripe-suited cookie-pusher in Paris or some bureaucrat in D.C. handing off a stack of papers to a colleague. As FSJ readers know, that couldn’t be further from the truth.

The work we do as Foreign Service officers, both abroad and back home, is incredibly important. If we don’t do it, it doesn’t get done. And while every FSO must answer his or her conscience when it comes to deciding to serve, the decision is not, as Chuck implies, as simple as weighing one’s political convictions against “perks and a pension.” For most of us, there is also the question of duty.

Convincing the American people and politically appointed officials that the career Foreign Service really does place duty above partisan considerations is made more difficult by former officers who feel the need to publicly justify their private decision to resign. Don’t get me wrong. It’s a free country. Former FSOs have a right to go on network news to speak about why they resigned. Whether they should do so is another matter.

It is essential that the American public understand the Foreign Service and its vital work for the country. I’m a former Army officer, and suggest that when a Chuck Park resignation, or some other news item, causes Americans to ask, “What is an FSO anyway?” we as a service stand to benefit by explaining our similarity to another better-known service, the U.S. military.

Few Americans outside the D.C. Beltway know an FSO, but most people know someone who served in uniform. Americans understand and trust the military out of a general appreciation of its mission and a respect for the professionalism and competence of our servicemen and women.

The fact is that the armed services and the U.S. Foreign Service are similar, especially when it comes to our officer corps. Both swear exactly the same oath to support and defend the Constitution of the United States. Most people who enter armed or foreign service, and nearly all who make it a career, do so at least partly out of patriotism.

Drawn from several federal agencies, but primarily the Department of State, FSOs are the commissioned members of the U.S. Foreign Service, America’s diplomatic corps. Required by Congress to spend the bulk of our career overseas, we serve in U.S. embassies and consulates around the world, and at headquarters in Washington, D.C. Contrary to popular belief, a majority of U.S. ambassadors are career FSOs who rose through the ranks.

Convincing the American people and politically appointed officials that the career Foreign Service really does place duty above partisan considerations is made more difficult by former officers who feel the need to publicly justify their private decision to resign.

While we don’t wear uniforms, the modern Foreign Service follows an “up or out” promotion system nearly identical to the U.S. military. We share similar institutional cultures, similar missions and an equivalent system of rank-in-person. If that weren’t enough, military veterans make up about a fifth of Foreign Service personnel.

Foreign Service officers and specialists are targets for assassination and have been killed in terrorist attacks and while serving in war zones. Others have perished in plane crashes, shipwrecks, natural disasters and from tropical disease—all occupational hazards in our line of work.

The Work We Do

In the same way that “every Marine is a rifleman,” every FSO is responsible for representing the United States government in an official capacity. As in the military, our officer corps is divided into specialties whose everyday duties can range from the prosaic to the riveting— and, more often than not, those duties have little or nothing to do with a particular administration’s policies or politics.

Take me, for example. In my job, the first thing I do every day is go through the rigorous, but not particularly awe-inspiring, steps of unlocking a remote U.S. diplomatic facility so the rest of the staff can report to work. Then I check whatever requests came in from the State Department overnight and decide how much of my to-do list must be sacrificed to addressing these new tasks. If I’m lucky, during the afternoon I will have time to meet with a local official or finish some of my required reports.

There are also times when what I do is deadly serious—like when coordinated suicide attacks ripped through churches a short way from the consulate and my family’s apartment. Washington needed answers immediately. Who was being targeted? Were any Americans injured? Had police neutralized the threat, or were attackers still at large?

My colleagues and I, the only Americans equipped to answer those questions, began working the phones in a foreign language. Within minutes I was talking to a woman sheltering in one of the bombed churches. Within half an hour I was able to give the department a “good enough” appraisal of what was going on.

In the days and weeks that followed, it was cables researched and drafted by my team that provided State and other agencies a steady flow of information and analysis pertaining to the attacks.

Recently a colleague and I, both Army veterans who served in Iraq, cried as he recounted searching through hospitals and morgues for a young American who was wounded during an even more devastating attack. My friend found this young woman, paralyzed and intubated, tucked away in the corner of an overwhelmed emergency room.

Separated from her traveling companions during the attack, she had been alone for many hours while doctors worked around her, her identity unknown. She wept tears of relief when my friend found her, gripped her hand, asked her to confirm her name and whispered in her ear, “Don’t worry. The ambassador knows where you are, and we’re going to get you home.”

Sadly, American citizens were killed in that attack. It was career FSOs who helped the grieving families get their loved ones home. We are also often the only people visiting Americans imprisoned overseas and those who have found themselves unexpectedly hospitalized or in other dire straits. And it is critical insights from FSOs scattered across the globe that make up most of the classified foreign affairs briefing material presented to our elected leaders.

The Question of Duty

Career diplomacy is a vocation, and we accept the challenges of that vocation alongside the rewards. Vocations don’t end at retirement. Retired diplomats, like retired soldiers, can and should continue to contribute in their fields. However, they should also consider that with their emeritus status comes an obligation to respect and strengthen the foundation on which the Foreign Service institution is built.

An American president and the State Department officials he appoints to implement his foreign policy should be able to trust the discretion, loyalty and good faith of a career FSO, regardless of that FSO’s personal politics or worldview. Partisan opinion pieces from those headed out the door undermine that trust, to the detriment of the entire Foreign Service.

Andrew Kelly joined the Foreign Service in 2010. He is currently the political-economic section chief in U.S. Consulate General Surabaya. He previously served in Manila and Sofia. Prior to joining the Foreign Service, he served two tours in Iraq as an Army officer in the 82nd Airborne Division. His “Reforming Entry-Level Assignments” appeared in the July-August 2016 FSJ. 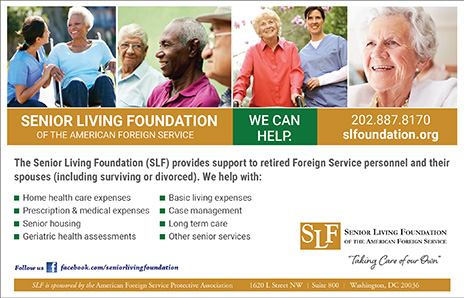 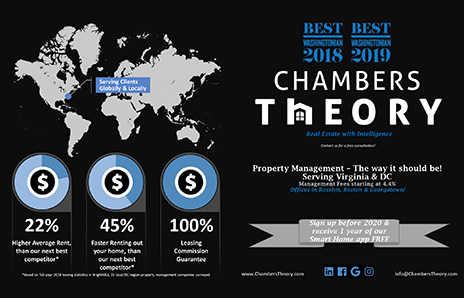