The Foreign Service Journal > May 2019 > Treating PTSD: Learning Firsthand How to Manage

If you have symptoms of PTSD, don’t wait to get help. Take it from an FS member who’s been there. 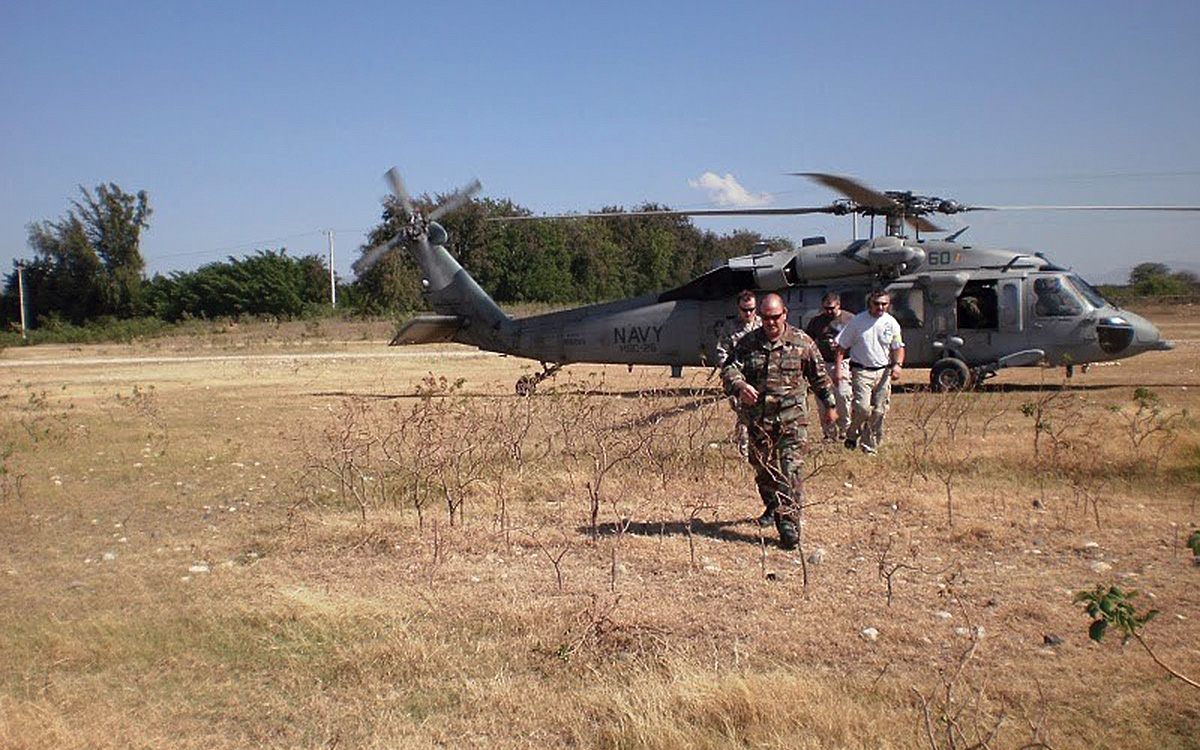 James Eusanio (in rear) and others assisting in the recovery efforts have just finished loading a casualty onto the helicopter to be medically evacuated. Port-au-Prince, January 2010.
Courtesy of James Eusanio

As the United States continues to fight its longest wars in Afghanistan and Iraq, more Americans have become familiar with the terms posttraumatic stress disorder (PTSD) and traumatic brain injury. Unfortunately, these two invisible wounds affect thousands of U.S. warfighters engaged in conflicts overseas. But PTSD is not reserved for members of the military. Anyone who has survived a traumatic situation can experience PTSD, including State Department employees, who often work in difficult and stressful conditions.

I learned this firsthand.

The Call to Help Haiti

In January 2010, I received a call. I would be part of the team that was going to Haiti to assist in the earthquake rescue effort. My initial reaction was excitement. This is why I became a medical professional, to help people. Less than three hours after I received that call, I boarded a C-130 in Miami, and we flew to Haiti. Landing in Port-au-Prince, I surveyed the airport. It had received significant damage to its infrastructure from the earthquake, and was unable to sustain operations without U.S. military support. The rest of the city fared no better. On our drive to the U.S. embassy, we encountered bodies in the road and people suffering and begging for assistance. It was an apocalyptic nightmare. I expected to see this; I’d thought I was mentally prepared for it.

When we arrived at the embassy, I linked up with the Air Force Special Operations Surgical Support Team and began treating casualties. At first it was routine things, the stuff I was expecting to see—broken bones, broken spinal columns with paralysis and similar injuries. But the number of wounded kept pouring in. The flow didn’t seem as if it was going to stop. The casualty collection point was saturated with wounded American and Haitian civilians. We set up improvised surgical rooms and a makeshift intensive care unit in an attempt to keep up; the need was overwhelming, and our team was inundated. I took quick five-minute breaks as I could, but I had no time to grieve or process the situation and what I was seeing. We had work to do.

On our drive to the U.S. embassy, we encountered bodies in the road and people suffering and begging for assistance. It was an apocalyptic nightmare.

I had been working on adults for hours when a baby was brought into the casualty collection point. The child was relatively healthy, just a little dehydrated. I gave her a makeshift bottle of water, and she was on her way. Then it was like the dam broke. Child after child streamed in, with injuries ranging from internal bleeding and burns to broken bones and other damage. And then the orphans came into the embassy. They were scared, they were hungry, and some needed medical attention.

I saw my 1-year-old son in each and every child that I treated. I now know that this was when my invisible wounds were inflicted, but I would not recognize it for years. We were in Haiti for two weeks. When I left, I felt like I was not finished; there was more to do. But I was happy to get home and see my family.

Memories Out of Nowhere 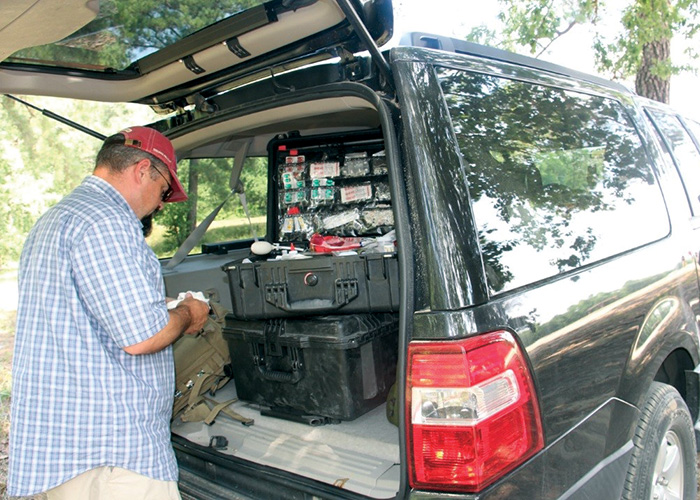 Over the next year, I experienced more heartache: my father passed away, and my mother’s health began to deteriorate. As I look back, I remember having thoughts of Haiti jump into my mind out of nowhere. I would work very hard to suppress those memories. As time went on, however, I became more and more depressed and agitated. My angry outbursts came more often. I was stressed all the time, and I couldn’t feel anything positive. When people would ask me how I was doing, I would reply, “I’m fine.”

But the memories kept popping into my mind. The harder I tried to repress them, the worse my situation became. Despite my emotional downward spiral, I did not ask for help. I was worried about the stigma and the repercussions it could have on my job. I was always taught to repress my emotions as a man and push through whatever was bothering me. For four years I battled, getting more depressed and angry. I became withdrawn, I lost my sense of humor, I no longer enjoyed the things I used to. Finally my wife, a firefighter paramedic, recognized that I was suffering from depression. She gave me an ultimatum: go see the doctor “or else.”

I was diagnosed with depression and given medications that helped a bit, but the symptoms came back. I finally sought the treatment of a psychiatrist and was diagnosed with PTSD. Fearful that my diagnosis would threaten my security clearance, I sought treatment outside the State Department. My psychiatrist treated me with Eye Movement Desensitization and Reprocessing. It worked very well, and I felt great for a few years. I thought I was cured.

PTSD is not a failure to cope; it is a neurobiological response to an event, an injury just like any other.

Then, stress at work increased, causing my symptoms to resurface. I turned to the State Department’s Employee Counseling Services. The staff was phenomenal! One of the ECS counselors diagnosed me with PTSD—again. How was this possible?

It’s Not a Failure to Cope

Not everyone with PTSD is cured. And in my particular situation, I will more than likely be dealing with this for the rest of my life. ECS put me in touch with an outside provider who confirmed my diagnosis, and reassured me that there was no other medical reason for me to feel the way I did. The ECS provider did a wonderful job, and I finished my treatment with her and again felt great.

The Diplomatic Security Peer Support Group, run by Mark Danzig, was instrumental in assisting me, as well. When my PTSD symptoms came back, I filed and was approved for assistance by the department’s Office of Workers’ Compensation Programs. I am now seeing another provider who is starting me on EMDR again, along with other treatments including hypnosis, brain mapping and cognitive feedback. I have only seen her twice so far, but things are going great.

Over the last eight years, I’ve learned more about emotional health and resilience than I ever thought I would. PTSD is not a failure to cope; it is a neurobiological response to an event, and it’s an injury just like any other. I know now that I was not mentally prepared to deal with what I saw in Haiti, especially the injured children. My wife and I had our son in February 2009, just months before I deployed to Haiti; and I saw him in every child I treated. I will forever remember each of them and all of the horrors I saw.

Many who suffer from PTSD or other brain injuries have the same reactions and concerns that I did. They worry about losing their security clearances or being seen as weak or unable to perform their jobs. I continue to hold my clearance and my job; and these days I am devoting a lot of my time to reducing the negative stigma of PTSD through articles like this, being open about my experience and helping people find the right assistance.

If you are suffering, don’t wait as I did. Help is only a phone call away. 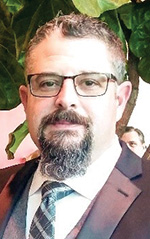 James Eusanio is a paramedic and combat veteran who has served his country since 1989. He has focused on treating casualties in combat and tactical law enforcement operations. He joined the State Department’s Diplomatic Security Service Office of Mobile Security Deployments (MSD) in 1999. In addition to supporting MSD operations around the world, he introduced tactical combat casualty care into DSS medical training programs. He is currently the medical program manager for MSD. The recipient of several merit awards, he is part of Diplomatic Security’s Peer Support Group and works closely with Employee Counseling Services. 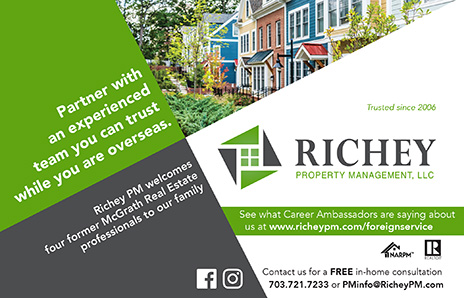