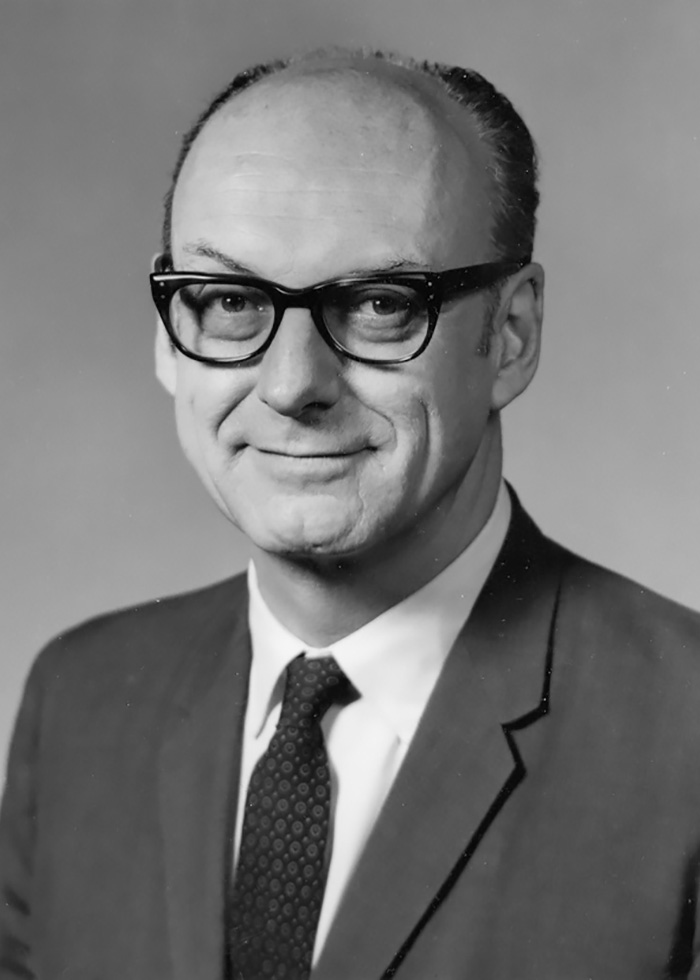 It did not come as a surprise, but it was nevertheless a shock to see that George S. Vest had passed away on Aug. 24, 2021, at the age of 102. It was a shock akin to seeing the obituary of a Hollywood star or a beloved artist. Even for a reader of advanced years, learning of the passing of a role model creates the feeling of being a bit orphaned.

I use the term “role model” because I cannot claim George Vest as a mentor. I did not know him well enough to say that. I did, however, work for him twice, once as his staff assistant in 1980 when he was assistant secretary for European affairs, and again in Brussels while he was U.S. ambassador to the European Union (or European Community, as it was known then). I valued my other brief, subsequent encounters with him. He was the best diplomat I ever knew.

George Vest was never a famous diplomatic name along the lines of a Chip Bohlen, Averell Harriman or Richard Holbrooke. Maybe it was because the positions he held didn’t draw that kind of attention; but I never got the impression he was interested in fame or acclaim. He does, however, appear in the index of Kenneth Weisbrode’s 2009 book, The Atlantic Century: Four Generations of Extraordinary Diplomats Who Forged America's Vital Alliance with Europe, which shows that although Vest worked quietly, he could not go unnoticed.

Among his contributions was coining the term “baskets” in regard to the sections of the Conference on Security and Cooperation in Europe (CSCE) Helsinki Accords. He was the lead negotiator in preparations for the CSCE, conducted talks with the Soviet Union on arms control, and was one of the few American diplomats to work intensively with both NATO and the European Union. He reached the pinnacle of the Service with the rank of Career Ambassador and the position of Director General of the Foreign Service.

But it was not George Vest’s diplomatic achievements that had such an impact on me; it was his management skill and basic humanity. He proved that one can be decent and good-humored while also being skillful and effective.

The year I was one of George Vest’s staff assistants, 1980, was a terrible year. The Soviet Union had just invaded Afghanistan; the Iranian hostage crisis loomed over everything; and Josip Tito was dying in Yugoslavia, with the terrible aftereffects for the Balkans that some State Department officials foresaw. The Bureau of European Affairs (EUR) staff meetings often had a crisis atmosphere. Yet, George Vest chaired those meetings with calming authority and control. On one of the tensest mornings, he settled the keyed-up atmosphere of the meeting by opening it with a report on a new barbeque recipe. Then he said: “Now, let’s get to work.”

It was apparent to me that Vest had enormous respect throughout the State Department. Working up through the various levels of classification of communications, they became increasingly elaborate until we got to the very top of the chain, which were the handwritten notes that George Vest would give me, simply folded over, and tell me to give directly to Deputy Secretary of State Warren Christopher. I never unfolded them to read them—I had no “need to know”—but when I handed them over, they were read immediately. He earned similar confidence among European officials in Brussels. As one of my locally hired Belgian colleagues later told me: “When Ambassador Vest was here, all of the telephone calls were incoming; now they are all outgoing.”

George Vest was as thoughtful regarding his subordinates as he was toward the State Department leadership. He had a habit of whistling in the hallway, which I found disarming, but which I later realized he did to give EUR staff warning that he was coming. He often visited staff in their offices rather than asking that they come to his, but did not want to surprise them by suddenly showing up in their doorways. He was peripatetic at the U.S. Mission in Brussels, as well, often putting his head into the staff’s offices to tell them to go home at the end of the day. “Whatever you’re doing, I’m sure it will keep until tomorrow. Go home.”

One of George Vest’s chief characteristics was his easy, good humor. I cannot vouch for accounts that early in his career he used to roller skate in the Old Executive Office Building, but I can recount firsthand that he opened an EUR ambassadors’ gathering by asking for a show of hands of all who watched the television soap “Dynasty,” which he told them he enjoyed. While I was bag-carrying for him in London, I heard a footman asked Vest how he should be announced at a grand reception. He thought for a moment and then said: “Call me the Baron of Virginia.” He was not a football fan, but put on his over-the-neck serving tray to deliver drinks and snacks to people who gathered at the residence to watch Super Bowls. He had dignity without being stuffy.

Others will have their own recollections of George Vest’s style. The last one I have is from his tenure as Director General. An upset officer asked to see Vest. The officer was aggrieved that he hadn’t received the promotion he was sure he deserved. Vest heard him out patiently and then told him: “You know you should have been promoted. I agree. So promote yourself in your own mind, and wait for the system to catch up.”

I’m not going to say, “They don’t make them like that anymore.” I worked for other terrific ambassadors, both career and political appointees, during my 38 years at State, and have met very impressive new ones since I retired. I just hope they can inspire in the same way that George Vest did for me and others who worked for him. 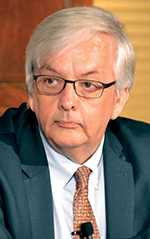 Mark Tokola is a retired Senior Foreign Service officer now serving as vice president of the Korea Economic Institute. He joined the Foreign Service in 1976 and retired in 2014.