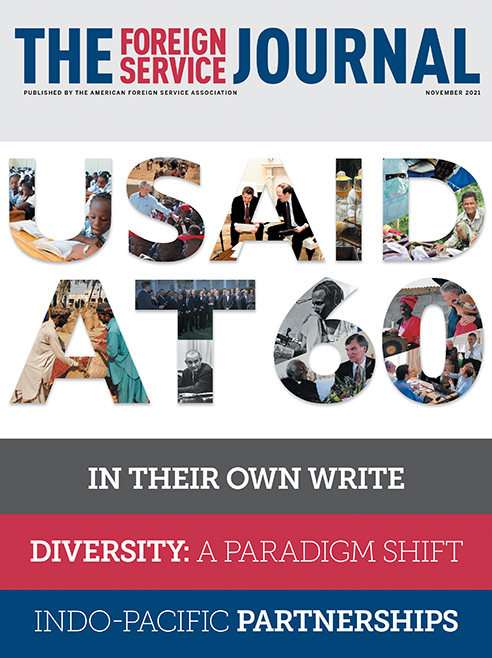 USAID at 60: An Enduring Purpose, a Complex Legacy

Here is an anniversary review of the agency’s founding and evolution, as well as its shortcomings and accomplishments.

Recent books of interest to the foreign affairs community that were not written by members of the Foreign Service.

A Partnership-Centered Approach to the Indo-Pacific

To maintain peace and prosperity in the trans-Pacific and beyond, the United States should rely on a proven strength.

Special needs families have a lot on their plate. Learning to connect with them will help the whole Foreign Service community thrive.

We’re All in This Together

The Foreign Service Is Writing

A Paradigm Shift for Diversity

Forestalling a Democracy Crisis in Paraguay

Update on Priority Issues for Members

Reflections on an Anniversary: USAID at 60

Steps to Manage Your Retirement

Turns Out, the Government Does Spy on You