Forestalling a Democracy Crisis in Paraguay

Paraguay has a long history of authoritarian rule and little experience with democracy. In 1989 democratic elements deposed Alfredo Stroessner after 34 years of dictatorship. They elected, first, another general to replace him and then, in 1993, a civilian, Juan Carlos Wasmosy.

Wasmosy appointed Gen. Lino Cesar Oviedo head of the army. As a colonel, Oviedo had helped oust Stroessner and harbored political ambitions of his own. For more than two years, Wasmosy and Oviedo frequently disagreed over government and Colorado Party issues.

I arrived as U.S. ambassador in Asunción in late 1994. Maintaining democracy in Paraguay was a top U.S. priority, not least because we believed it would result in more cooperation in fighting drug trafficking from Bolivia and Peru.

On Saturday afternoon, April 20, 1996, an aide to President Wasmosy asked to see me urgently. He said the president was planning to fire Oviedo the coming Monday. He wanted us to be aware in case there were difficulties.

The next morning the public affairs officer drafted a statement of support for Wasmosy and constitutional order, should it be needed. We checked with the presidential palace and learned that Oviedo had refused to accept his dismissal unless the president and vice president also stepped down. When we checked again in the late afternoon, nothing had changed.

We decided to issue our statement of support for the legally instituted government of Paraguay, calling on Oviedo to accept his dismissal. Soon after, the Brazilian and Argentine ambassadors joined me in going to Oviedo’s base to talk to him. He refused to see us, and there were rumors of a coup.

Back at the presidential residence, numerous officials and much of the small ambassadorial corps milled around. After a while, I decided there was nothing I could do and crossed the street to my own residence to retire for the night.

Soon there was a call from the papal nuncio saying that I’d better come back; the president was thinking seriously about resigning. Oviedo was threatening to start the tanks rolling, and Wasmosy was worried that many of those around him might be killed. Resigning would save lives.

I said there was another alternative: “Send all these people home, and come spend the night at my place.” President Wasmosy agreed and soon, he, his two sons and I were headed back to our embassy compound. There we were joined by the Brazilian ambassador.

Negotiations continued with Oviedo for another couple of hours. Meanwhile, Wasmosy was receiving calls from Washington and elsewhere urging him not to resign. By 3 a.m., finding the needed support, Wasmosy pretty much ruled out resignation, and we all got a couple hours of sleep.

At 6:30 a.m. or so on April 23, Wasmosy looked out at the lovely embassy grounds and opined wistfully he might just spend the day with us. The deputy chief of mission and I said: “No, now more than ever you have to be seen as president.” Wasmosy agreed, returned to his residence and then went to the presidential palace, with a cavalcade of cars following behind and applause from those along the route.

Negotiations with Oviedo continued over the next two days. President Bill Clinton and other world leaders called. Wasmosy offered to make Oviedo minister of defense (a position without direct command of troops) if he resigned his army position.

Oviedo agreed, and the resignation from the army took place the next day, Wednesday, before a huge crowd and with much ceremony. By then Wasmosy was rethinking the second part of the deal, making Oviedo defense minister.

Thursday morning at his residence, Wasmosy turned to the general then holding that job for advice. Gen. Silvio Rafael Noguera demurred, saying that the military had been making decisions for too long in Paraguay. Wasmosy announced that Oviedo would not become defense minister. The immediate crisis was over.

Although Oviedo would later reemerge, unsuccessfully running for president in 1998, Paraguay would remain a democracy. Almost 24 years later, it still is. 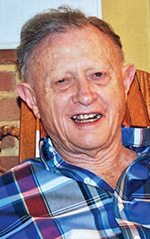 Robert E. Service joined the Foreign Service in 1961 and served as political officer in Mexico City, as political counselor in Santiago and as deputy chief of mission in Madrid, Buenos Aires and Brasilia, among other assignments. He served as U.S. ambassador to Paraguay from 1994 to 1997, when he retired. Editor’s note: Prior to finalizing this edition, we learned that Robert Service had passed away. Look for an obituary in an upcoming FSJ edition.