The Foreign Service Journal > September 2019 > Coming of Age in Zaire

In the late 1970s, while stationed with USIA in Zaire (now the Democratic Republic of the Congo), my wife and I had the good fortune to receive an invitation from a man who visited several times a year selling artifacts, which he knew we liked to collect.

He told us that in a couple of weeks twin sons of a village chief would be celebrating their boyhood-to-manhood passage. If we wanted to witness this important rite, he would guide us there. We were delighted and flattered—no other foreigners would be present, but the chief wished for us to participate.

When the day came, we were ready with camping gear, food and gifts for the boys and their father. I was not mentally prepared, though, for the arduous drive. Our vendor had told us it would take “several hours.” He was way off.

We left home early in the morning and did not arrive until late afternoon. I was tempted more than once to abandon the trip. The road was dustier than I had ever experienced, with fine white powder filtering into the Land Cruiser through closed windows.

The way was increasingly hindered by vegetation we had to push through, and I noted that as we progressed, the road narrowed inexorably. Once there, I saw that it did not exit the far side of the village. We were truly at the end of the road.

Shaded by a small copse of mango trees, the village contained a handful of mud huts, one of which had been vacated for us. There was no furniture, but we came prepared to sleep on the ground and eat food we had brought in an ice chest.

We called on the chief, delivered the gifts and walked around the village. Manioc and vegetable fields surrounded us, the only reliable source of food, supplemented occasionally with a wild animal snared in the nearby forest.

There was no market nearby to buy salt or a box of noodles; our artifact dealer walked regularly from the capital to the village carrying trade goods like matches and kerosene he exchanged for the masks he later sold.

Drummers slowly took up a pounding beat that carried throughout the day and into the night.

As night fell quickly near the equator, we ate dinner around a small fire in front of the hut and then turned in. The silence of an isolated village wrapped around us.

Morning came soon enough, with palpable excitement in the air. Drummers slowly took up a pounding beat that carried throughout the day and into the night, as the chief prepared for the celebration.

The twins paraded through the village, bare skin streaked with white clay and wearing only a raffia loin cloth. Family and friends knew they were men now, having been taught the responsibilities of manhood by village elders. Unlike some children of millennials who are raised gender-fluid, here were boys-becoming-men who understood their future role in the village and were marking it with today’s ceremony.

Dancing would spontaneously erupt on the small platform erected for the event, drawing in onlookers for 15 or so frenzied minutes, and then taper off for a while. It was not as acrobatic as traditional dance we had previously seen in Dahomey (now Benin), but the audience was more involved and the drumming more compelling.

We spent the entire day watching, talking to villagers who could speak French and filming the most energetic parts of the celebration with our Super 8 camera.

The twins were somber, sensing the weight of their new responsibility. The chief was proud of his sons and conveyed that to us every chance he had. The entire village was involved. It was a momentous occasion.

The next day villagers woke slowly, as if nursing a giant hangover. We set off early for the long trip home.

Had I known beforehand how bad the road was, I might not have gone. Afterward, I knew I wouldn’t trade the experience for anything.

A photo from that day hangs on our wall, and while it’s not as bright and clear as our 40-year-old recollections, I still smile when I see it. 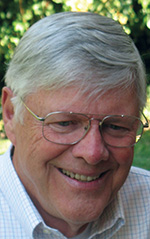