Speaking Out is the Journal’s opinion forum, a place for lively discussion of issues affecting the U.S. Foreign Service and American diplomacy. The views expressed are those of the author; their publication here does not imply endorsement by the American Foreign Service Association.

Central to the American experiment is the struggle for greater freedom. Thomas Jefferson’s revolutionary assertion that “governments are instituted among men, deriving their just powers from the consent of the governed”—not to glorify kings or even to pave highways, but rather “to secure these rights” to “life, liberty and the pursuit of happiness”— is as revolutionary today as it was in 1776.

Advocating for human rights triggers passionate defenses from foreign officials steeped in cultural contexts different from our own. Progress on human rights defies easy measure. It tends to be incremental.

An intrepid human rights officer, often the junior member of the political section, must swim against the tide of bureaucratic resistance from the principle— oft stated, but rarely supported by evidence—that pushing our human rights agenda too hard or too fast will put other areas of cooperation at risk.

Though for the past several decades there has been a clear bipartisan consensus for promoting human rights and democracy abroad, and many members of the Foreign Service are called to diplomatic work because of their interest in human rights, the management structure for human rights work at the State Department does not reflect this mandate and tends to disempower those who pursue it. Our bureaucratic arrangements act to marginalize human rights work.

Here are five proposed adjustments that could restore both its priority and effectiveness.

1. Rate Senior Officers on How They Do on Human Rights

First, we need to align the incentives for senior officers to focus more of their energy on democracy and human rights. Too often, senior officers prioritize issues where results are easier to quantify, like opening foreign markets to U.S. companies or securing a status of forces agreement with a host government.

Performance pay for members of the Senior Foreign Service should be linked, in part, to achievements related to human rights and democracy. Employee evaluation reports (EERs) for chiefs of mission and their deputies, and for assistant secretaries and their deputies, should require examples related to democracy and human rights. Promotion panels should be directed to base decisions, in part, on such achievements.

Foreign governments get the message that human rights don’t really matter when the most junior officer at the embassy is our main human rights advocate.

Human rights diplomacy requires a mastery of the core competencies we expect FSOs to develop over the course of their careers, yet most human rights positions are entry-level. The effect of this mismatch between responsibility and capability is to undercut the importance accorded to human rights in the conception and execution of U.S. foreign policy.

An effective human rights officer leads diplomatic engagement year-round: pressing host governments for progress on emblematic cases; lobbying against legislative changes that would undermine rights and freedoms; advising USAID and the Bureau of International Narcotics and Law Enforcement Affairs on foreign assistance; ensuring our security relationships align with our human rights agenda; crafting strategy for the front office on democracy and human rights; and more.

Many junior officers perform admirably in these difficult positions despite their inexperience and the odds stacked against them. Nevertheless, many others are set up to fail, and the corrosive effect is to spread corridor wisdom that the way to get ahead as a political-coned FSO is to shy away from too much human rights work.

Human rights diplomacy requires a mastery of the core competencies we expect FSOs to develop over the course of their careers, yet most human rights positions are entry-level.

Changing this reality requires re-grading many of the human rights officer positions to the mid-level FS-3, -2 and -1. The Bureau of Democracy, Human Rights and Labor (DRL), which conducts an annual policy review process to assign countries priority rankings based on human rights trends, should lead the effort to regrade human rights positions to coincide with the priority assigned each country.

There are exceptions to the rule that field positions focused on human rights are limited to the entry level. Given the Colombian peace process, and responsibility for managing a sensitive high-volume Leahy vetting portfolio, the human rights officer in Bogotá is an FS-2. The incumbent wields the clout that normally comes with being a relatively senior officer. She has logged notable wins, ensuring that attacks on human rights defenders receive the attention they deserve in our foreign policy and foreign assistance.

Still, other important human rights positions are graded too low. Cambodia is experiencing a disastrous reversal of its democratic experiment, yet the human rights officer is an FS-4 position. The human rights officer in Mexico City was until recently an FS-3 billet even though the incumbent has to manage rights reporting by nine constituent posts in a challenging country context. An FS-2 is now assigned to lead the embassy’s human rights and migration unit, but the practical effect of having a dual-hatted incumbent is to shortchange human rights.

For that reason, human rights diplomacy requires a deep understanding of other cultures and their values, so that we can identify and explain points of convergence—what the political philosopher Michael Walzer calls “minimalist” universal moral principles—in a language that resonates with each culture’s particular experience.

The particularities of culture give universal values local meaning and vigor. FSOs need to know these cultural touchstones cold and be prepared to deploy them in their diplomacy.

Foreign Service Institute training prepares FSOs to parry charges of hypocrisy on human rights (guidance: admit we are not perfect, but emphasize our independent court system endeavors to hold violators to account).

But FSI area studies and human rights instructors should design follow-on modules specific to each world region to help human rights officers advance universal values using the language of local cultural realities. FSOs need to understand where the country to which they are assigned stands on its democratic journey, and how democratic transitions come about.

The goal should be to explain how FSOs can operate in a global context in which “a pervasive, at least ostensible, commitment to democratic government” has emerged, as Walzer puts it, in tandem with “an equally pervasive, and more actual, commitment to cultural autonomy and national independence.”

The stories that resonate in Colombo are different from those that resonate in Colombia. President Iván Duque Márquez has a bust of Abraham Lincoln on his desk, but he may be the exception that proves the rule; other Latin American leaders might be less receptive to hearing about houses divided against themselves than to quotes from the likes of Benito Juárez, president of Mexico from 1861 to 1872, who said: “Respect for the rights of others is peace.”

Human rights work requires creativity to measure progress against realistic benchmarks that resist easy quantification. It requires a commanding familiarity with the variety of tools at our disposal, ranging from Global Magnitsky Act sanctions and human rights-related visa ineligibilities, to foreign assistance programs, U.S. anti-corruption laws that apply overseas, United Nations and regional human rights bodies and how to engage them, congressional certification requirements, human rights criteria for foreign military sales, and many others.

For this reason, the officials best positioned to provide guidance and direction to human rights officers in the field are the specialists in DRL, and reporting structures should be revised to recognize this reality. DRL should have responsibility for filling field positions for human rights officers, who should then report to both the regional bureau and to DRL, which would share responsibility for drafting EERs.

There is precedent for this reporting structure with the positions assigned to INL abroad.

It is true that some positions abroad are already assigned, in theory, based on consultation between the regional bureau and DRL. In practice, however, the regional bureaus maintain full control of “consultative staffing” positions because they control the budgets funding them. Allocating DRL an equal share of the budget for these positions would increase the responsiveness of human rights officers in the field to the DRL experts in Washington.

Strengthening DRL’s oversight role for human rights positions abroad would create a virtuous cycle whereby DRL could help these officers perform more effectively, and the officers could sensitize DRL officials to the nuances of complex operating environments, enabling them to be more constructive in their guidance and assistance.

This reform would also make DRL headquarters assignments more attractive to FSOs, who are naturally concerned about securing a desirable follow-on assignment abroad.

Further, FS positions should be set aside in the Office of Global Programming, which manages democracy assistance grants from Washington but currently has no FS billets. Posts often complain that USAID has personnel on the ground who can “de-conflict” duplicative assistance, whereas DRL efforts are overseen by absentee landlords.

Setting aside FS program slots in GP would improve program coordination and alignment with embassy priorities. This would also provide FSOs with soughtafter experience managing resources to demonstrate readiness for promotion.

5. Recognize That in the Long Term, Our Values and Our Interests Align

Human rights diplomacy requires us to “challenge the old model that places security and human rights in opposite poles,” says Charles Blaha, the director of DRL’s Office of Security and Human Rights. “[A] growing body of experience and research demonstrates that rightsrespecting, accountable security forces are more operationally effective against violent extremists, insurgents and transnational criminal organizations” than forces that disregard human rights.

Human rights diplomacy requires a nuanced understanding that, over the long term, our interests and our values converge. Governments that protect rights (including the property rights of U.S. investors) are our best trading partners, and democracies that derive their stability from popular legitimacy (including militaries that defend the nation rather than the ruling elite) are our most reliable military allies.

Human rights officers need clout to push back against repression and rights abuses abroad, and also against arguments from others in our midst that put our values second to our interests, failing to recognize that over the long term, they are one and the same.

With the return to great power competition, we need to draw a clear distinction with countries that do not share our values, such as China and Russia, by doubling down on our support for democracy to avoid repeating the mistakes we made during the Cold War. Emphasizing human rights will be essential to strengthening American credibility and soft power around the world and reversing the rise of illiberal democracies that do not protect civil rights.

The reforms outlined here will be important to strengthening U.S. diplomacy for the challenges to come. 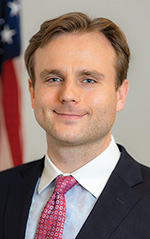 Samuel C. Downing is a political officer in the U.S. Foreign Service. He currently works on human rights policy toward Venezuela and the Andean region, Brazil and Mexico for the Bureau of Democracy, Human Rights and Labor. He previously served in Cambodia and Brazil and was a Fulbright Fellow in Uruguay. He began his career in government in Seattle and later managed democracy assistance programs for the National Democratic Institute. The views in this article are those of the author and do not necessarily reflect those of the Department of State or U.S. government. 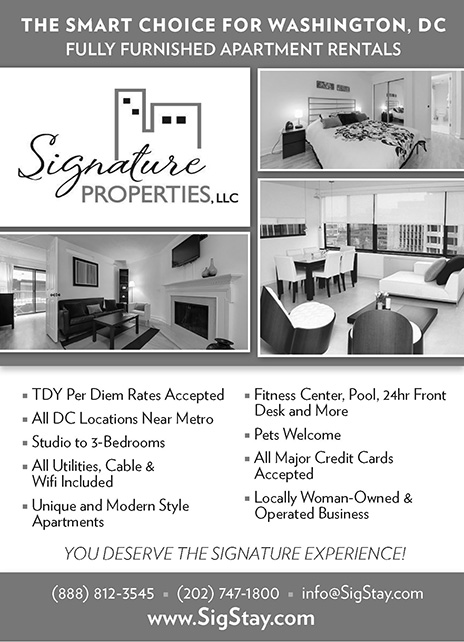