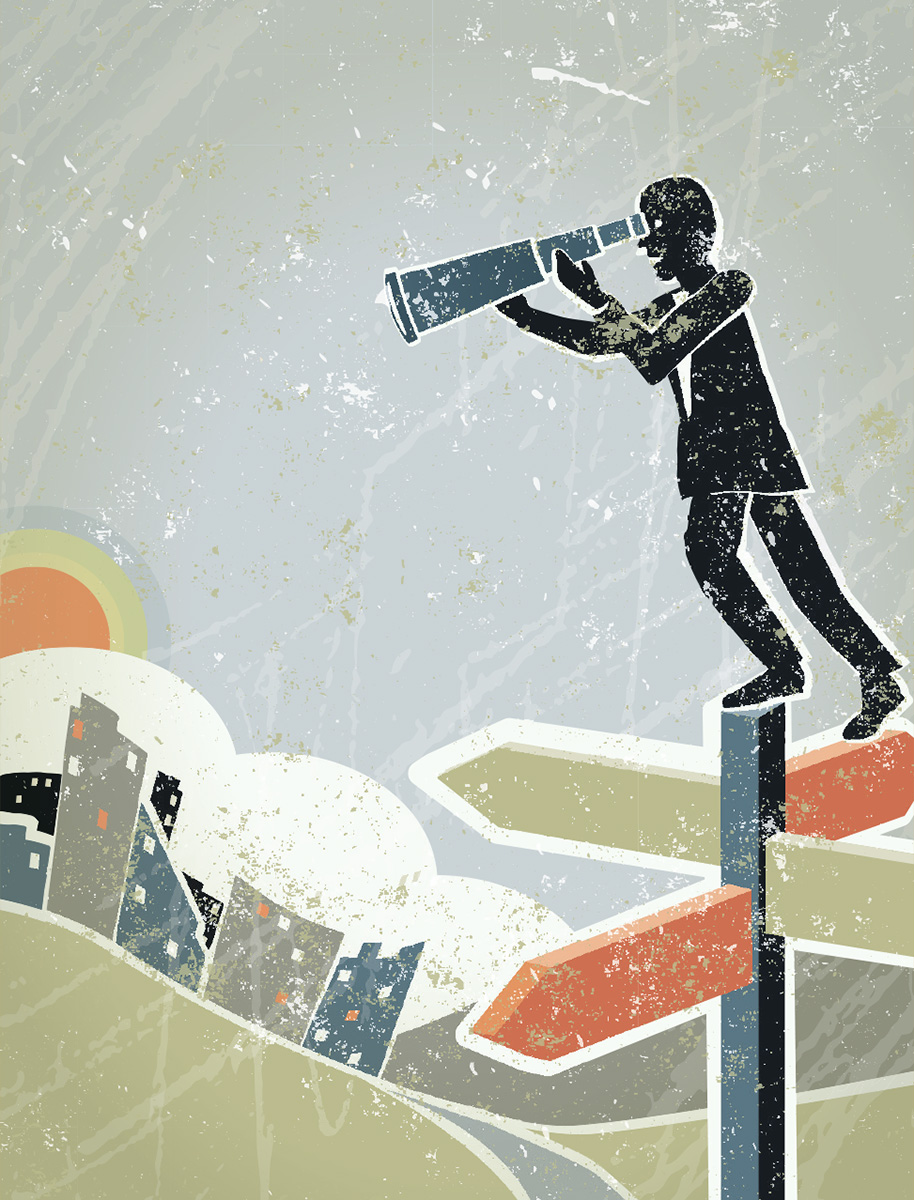 In the immediate wake of regime changes in Sudan and Algeria last April, The Economist magazine published a feature on coups, charting factors that might make them predictable and possibly preventable. The questions asked about regime change can also be asked about intrastate violence, insurrection and genocide. Are these generators of mass atrocities predictable and preventable?

Keeping in mind Hannah Arendt’s observation that participant-observers are not the best assessors of the historical events in which they have been involved, I nonetheless hazard that:

• By virtue of their cultural roots, outbreaks of political violence (including coups and genocide) are sui generis and each has a unique dynamic.

• Predictions often fail to come true, and there is no discernible pattern as to why analysts miss the mark.

• Tracking exogenous factors like rainfall, per capita income, regime duration or political instability (to take The Economist’s categories) increases our understanding of other societies, but it may not point us to when, where or how cataclysmic violence occurs.

• In a system of sovereign states, preventing the overthrow of a recognized government or stopping its violations of human rights may require foreign intervention in that state’s domestic affairs.

• Countries committed to the preservation of the system of nation-states are particularly hesitant to intervene in distant lands outside the sphere of their own interests.

Let me apply these principles to what happened in Rwanda a quarter-century ago.

Rwanda’s long history of autocratic rule and central state violence laid the basis for the 1994 genocidal uprising. Yet the social caste system engendering the categories of Tutsi, Hutu and marginalized Twa was so complex that it took jurists of the International Criminal Tribunal for Rwanda two years to determine whether the killings were genocidal under the terms of the Convention on the Prevention and Punishment of the Crime of Genocide. And while President Paul Kagame’s government has spent years working to extirpate these deeply rooted social identifiers, they are still socially salient. Getting rid of conflict-laden social markers is a complex process.

The tracing of political alignments, assessments of military capacities, biographic analyses and reporting on recrudescent nongovernmental organizations all revealed political disintegration, but could not gauge the effect, timing or extent of that decline.

At the opening of the Arusha political negotiations in August 1992, one could sense deep distrust and animosity between the Rwandese Patriotic Front and the Government of Rwanda. Indeed, at a roundtable organized earlier that year by the State Department’s Bureau of Intelligence and Research, I had referred to works on genocide by Leo Kuper and others, cautioning that rapid political change, with deep division within the body politic and security forces capable of mass killings, had set the scene for a potential genocide in Rwanda.

Throughout my tenure at the negotiations and during the early weeks of my ambassadorship in 1994, I admonished both sides that a return to combat could have horrendous consequences. I have been wrong about the tenacity and capacity of African regimes more often than I have been right. Sadly, I was right this time, though neither I nor anyone else had any inkling of the scope and ferocity of the violence that a return to fighting would unleash.

Many factors went into our calculations. Embassy Kigali’s economic reporting on harvests, mineral extractions, export/import ratios and budget imbalances, all aggregated into national accounts, showed how terribly poor Rwanda was. But so were other African states. We knew of land penury in Rwanda as early as 1973, through comprehensive studies the Ministry of Planning had conducted. For its part, the U.S. Agency for International Development had compiled a 14-year database on food insecurity in the country.

Embassy reporting during the early 1990s had traced the spread of political instability, including the training of militia. We had information on Rwandan military capacities through occasional visits from our defense attaché and our French colleagues, who supported the Rwandan Army; but we had collected only scattered information on the capacities or ambitions of the exile forces, the Rwandese Patriotic Front.

Bilateral démarches, the tracing of political alignments, assessments of military capacities, biographic analyses and reporting on recrudescent nongovernmental organizations all revealed political disintegration, but could not gauge the effect, timing or extent of that decline.

International Peacekeeping: Too Little, Too Late

International efforts to stop the fighting between the insurgent Rwandese Patriotic Front and Rwandan government army fell first to chiefs of state of Zaire, Uganda or Tanzania, with France and Belgium in the margins. The Organization of African Unity took the lead in facilitating the Arusha negotiations, with neighboring African states and key donor states—France, Belgium, Germany and the United States—as observers. Finally, after the two sides signed the Arusha Accords, the United Nations Security Council established the United Nations Mission for Rwanda (UNAMIR) in October 1993.

Lamentably, the United Nations was slow in implementing the Arusha Accords; improvident in supplying UNAMIR Commander General Roméo Dallaire with the materiel he needed; and feckless in carrying out its political program. Commander Dallaire made early progress in force integration, but the UNAMIR operation, minimally equipped and manned, launched too slowly to co-opt events and maintain peace. Weeks dragged into months without the installation of the interim government specified under the Arusha Accords.

No matter what the levels of endemic malnutrition, landlessness or economic regression in Rwanda, it was human choice on the part of the rebels to pursue civil war to upend the existing regime.

Tragically, the well-intentioned, year-long negotiations that had produced the Arusha Accords were flawed. We underestimated the determination of both sides, although engaged in peace talks, to win at all costs. The Rwandan government and the RFP agreed in a 2/3 vote on interim government arrangements that took away the Habyarimana regime’s political power and accepted a 50/50 split in security forces that equated RPF and government command and control.

In demoting the militarily entrenched Habyarimana regime by the stroke of a pen, the conditions were set for reprisal and genocide when someone shot down the president’s plane on April 6, 1994. President Juvenal Habyarimana was the only interim official who had been sworn in under the 1993 Accords at that time. The self-proclaimed successor regime turned quickly to civil war and launched the genocide.

I immediately called the State Department and reported that only with a change of mission and the matériel to carry it out could U.N. peacekeepers restore order. But expanding UNAMIR’s mandate took more than a month of Security Council wrangling, while getting troops and matériel to Rwanda took another three months. By that time, 800,000 innocents had been slaughtered.

An inchoate U.S. policy matched lassitude in international action. It was, as Assistant Secretary for African Affairs George Moose commented, bureaucracy at its worst. At a late May 1994 interagency meeting on Rwanda, as departmental deputies fell to discussing what color to paint the armored personnel carriers we were lending to the U.N. forces, one observer concluded that, by intent, nothing of import was to be decided. While U.S. agencies and bureaus quibbled about strategies and game plans, the killings surged in Rwanda. We needed national command determination on a workable action plan and never got it.

Great powers are reluctant to intervene, especially in little countries off the radar scope of their national interests. Presidential statements and declarations are fine. Even declaring genocide, as the United States did in Sudan’s Darfur crisis, may help. But to prevent political meltdown in distant lands with attendant mass atrocities, presidential leadership is required.

Moving from Prediction to Prevention

Embassy Kigali warned Washington that massive political violence was likely to break out, though we did not foresee its magnitude or ferocity. We issued the warning more out of intuition than from any hard data pointing to a determined historical outcome. No matter what the levels of endemic malnutrition, landlessness or economic regression in Rwanda, it was human choice on the part of the rebels to pursue civil war to upend the existing regime. Human decision, on the part of the Hutu extremists who took over after Habyarimana’s assassination, also determined to use genocide as a means of holding on to power.

Scott Strauss, in his book Making and Unmaking of Nations: War, Leadership and Genocide in Modern Africa (Cornell University Press, 2015), studies five African states that approached the brink of genocide. Three of them pulled back, but Rwanda and Sudan fell into the maelstrom. The explanatory elements, in Strauss’s view, were the nature of the founding ideology and the calculations of local leadership about the course ahead.

To keep the peace process on track, we could have moved for a more rapid deployment of peacekeeping forces after the signature of the 1992 cease-fire and the 1993 peace agreement.

Once the prospect of political violence, with potential for mass atrocities and genocide, became likely, what might the international community have done to prevent it? It must be said that, in Rwanda, the international effort engaged every instrument in the peacemaking toolkit, from bilateral diplomacy accompanied by material inducements and multilateral negotiations to deployment of an international peacekeeping mission.

What more could the United States have done? At the beginning of the Rwanda conflict in 1990, we could have joined with France in forceful support of the Habyarimana regime’s defense of its territory against a cross-border insurgency. Or, we could have abetted the overthrow of the existing regime, known to be autocratic and corrupt, and replaced it with a caretaker regime (something both the internal opposition and the invading exiles wanted).

Instead, convinced as we were that democratic governance, an open economy, the rule of law and power-sharing were solutions to the divisions tearing the Rwandan polity apart, we chose to urge the sides to agree to a sustainable cease-fire and then to negotiate a new governmental order for Rwanda.

To keep the peace process on track, we could have moved for a more rapid deployment of peacekeeping forces after the signature of the 1992 cease-fire and the 1993 peace agreement. With forces in place, we could have more thoroughly investigated outbreaks of violence or violations of the accords, calling a halt to impunity.

Finally, we should have listened more carefully to all sides in the negotiations, especially to Habyarimana’s outline of his basic demands. He led the largest political bloc and commanded a still-intact, if somewhat inept, military. And we should have understood how the military ratios that the facilitator, the observers and the newly installed Rwandan government accepted in the rush to sign the Arusha Accords signaled to the sitting regime the insurgent’s eventual victory.

But we did not, rather trusting that our high ideas of rule of law, civil rights and shared governance would win out by friendly persuasion. To do otherwise would have required confrontation with one side or another, the use of force to attain the peace. Instead, the kindling of failed negotiations gave way to conflagration in the April 1994 plane crash carrying the only installed authority of the intended interim regime. This brought a return to civil war and the launching of a horrific genocide, but also the eventual creation of a new regime under RPF control.

Though we had predicted mass atrocities, even genocide, with a return to fighting, a concerted international effort was not able to preempt the tragic logic of war. 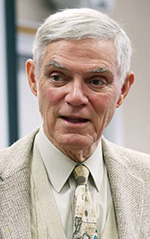 David Rawson was a Foreign Service officer with the Department of State from 1971 to 1999. In 1992, he was appointed the first U.S. observer to the political negotiations in Arusha, Tanzania, between the Rwandese Patriotic Front and the government of Rwanda. He served as U.S. ambassador to that country from 1993 through 1995 and capped his diplomatic career as ambassador to Mali (1996-1999). Currently a scholar-in-residence at George Fox University in Newberg, Oregon, Ambassador Rawson has written a documentary study of the Arusha political negotiations, Prelude to Genocide: Arusha, Kigali and the Failure of Diplomacy (Ohio University Press, 2018). Background documents from that study are housed in George Fox University’s archives. 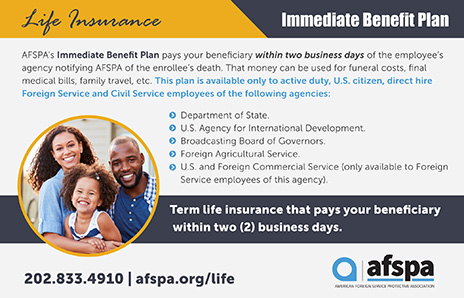 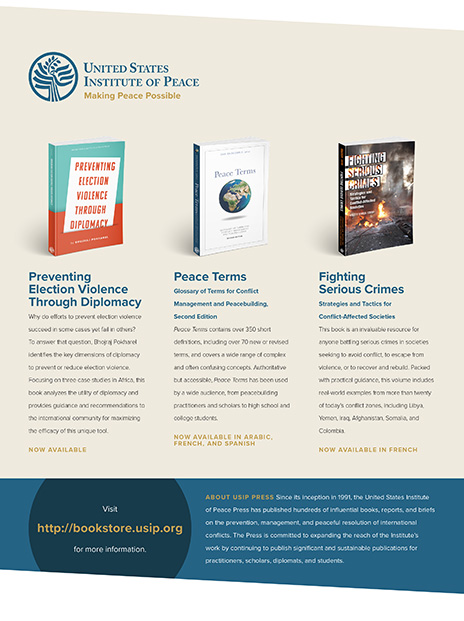 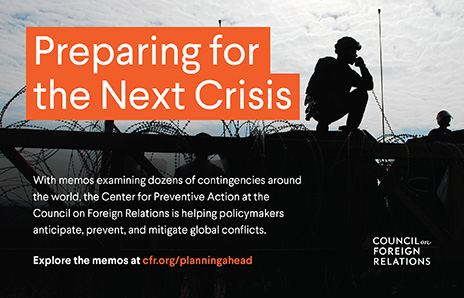 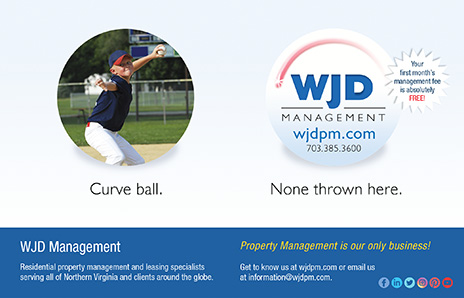