Democracy as a Vocation

The Foreign Service Journal > September 2022 > Democracy as a Vocation

Politics is a strong and slow boring of hard boards. It takes both passion and perspective. Certainly, all historical experience confirms the truth that man would not have attained the possible unless time and again he had reached out for the impossible. But to do that a person must be a leader, and not only a leader but a hero as well, in a very sober sense of the word. And even those who are neither leaders nor heroes must arm themselves with that steadfastness of heart which can brave even the crumbling of all hopes. This is necessary right now, or else we will not be able to attain even that which is possible today.

This is a love letter to junior FSOs everywhere, but especially those in democracy and governance (USAID) or political (State) career tracks.

In 1994, a few years after the fall of the Berlin Wall, USAID created the Center for Democracy, Human Rights and Governance, and a few years later created a specialty cone (“backstop” in USAID-speak) dedicated to the subject (BS 76). When the new bureau’s assistant administrator came to my post, I marched into his office, slapped down my CV, which screamed “political scientist” on the top, and said: “I want to be one, too.”

And so I became a democracy and governance (DG) officer. I ran programs in Bolivia, Guatemala, Afghanistan, Kosovo and Washington, D.C. And did I have fun. With my colleagues I helped build municipal associations, introduced a new and effective approach to dealing with youth gangs, brought community radio to the farthest reaches of Afghanistan and broke through barriers between ethnic groups in Kosovo.

But now, as I reflect on my career and more recent work in Central America as a contracted adviser, I wonder … what difference did any of it make?

The struggle to advance democracy, whether here or abroad, must never cease.

A hostile government kicked USAID out of Bolivia (beginning with its democracy office) in 2013; Guatemala and Kosovo seem stuck in time; and Afghanistan’s government crumbled last year with all of our hopes. Elsewhere dictatorship or populist authoritarianism is on the rise, from Nicaragua to Hungary, while several other governments abuse their citizens with impunity.

Democratic reform in Russia is a distant memory, as are the hopes of a more democratic China that greater and freer trade would bring.

The “democratic recession” is well documented in the indices and academic research. For example, the 2021 Freedom in the World report from Freedom House documents a steady decline in freedom in each of the past 15 years, with the greatest “democracy gap” in 2020.

Oh, and on the Mother Ship, the world’s last and best hope, things are not looking so good either. A year ago, the United States narrowly avoided a populist coup. Journalists, school board members and judges have been threatened and even attacked outright. School libraries are removing books from their shelves. The U.S. is starting to have the look of a fragile state.

Democracy is in retreat, and authoritarianism in fashion. Unlike the authoritarianism of the past, which was often the extension of influence of the superpowers, this authoritarianism often, though not always, grows from below: from popular frustrations or anxieties of every sort. It is rooted more in fear and grievance than in ideology. It doesn’t even have an ideology—it defies categorization, yet it is everywhere.

A statement that has haunted me for years, from one of my favorite pieces of political theory, Max Weber’s “Politics as a Vocation,” comes to mind: “And even those who are neither leaders nor heroes must arm themselves with that steadfastness of heart which can brave even the crumbling of all hopes.”

I now realize that Weber was talking to me. In fact, he was speaking to anyone who has tried to make a difference in the world. I think most of us in the Foreign Service, myself included, choose every day to arm ourselves with a steadfastness of heart. In the spirit of Martin Luther, we cannot do otherwise.

I don’t know what the future holds for democracy, whether in the United States or anywhere else. What I can say is that the struggle to advance democracy, whether here or abroad, must never cease. The pain and frustrations are worth it. I did not fail, nor will anyone else engaged in this cause. We have cultivated a tree that others planted. Some of the branches may have been cut; but the roots still thrive, and they will not die.

The desire for some form of democracy—as defined by rights, dignity, freedom and some measure of participation in decisions that affect us—is human and universal. The institutional structures, the cultures, the specific values and the ranking of other priorities (such as nationalism or economic interests) vary enormously, but the democratic spirit cannot be forever suppressed.

The struggle continues. But how we conduct ourselves must take a new perspective, far from those heady days in the early 1990s when we all thought the world had changed for better and forever. To withstand the crumbling of hopes, we must first affirm those hopes and what we believe. Only then do we have a calling to achieve what is possible.

In “Politics as a Vocation,” Weber notes that the modern politician requires three contradictory qualities within the same soul: passion, a sense of responsibility and clarity of vision. Those who support democracy abroad require the same virtues, and perhaps a few more.

Clarity, certainly. Not only do we need to know the “best practices” and research, but as politicians—and we are politicians—we need to think politically. I would add a few more qualities for the aspiring democracy and governance or political officer.

How things end depends on our host country. How they begin depends on us.

First, and most important of all, is humility. Too often, our attempts at assisting democracies abroad have suffered from national hubris. Nowhere was that more evident than in Afghanistan, where the U.S. government poured in millions of dollars and spoke bravely of “game changers,” not realizing that pouring excessive amounts of money into a poor country often undermines democracy itself.

This thinking is still prevalent whenever someone asks, “What are we doing about it?”—as if we can determine another nation’s future. As individuals, we sometimes let our egos get in the way: I have to be seen making it happen so I can get some measure of credit. After all, if I didn’t make it happen, what am I doing there? Good question.

But it’s not about you; and really, it’s not about the United States, although you will never convince policymakers otherwise. Democracy is a decision that people must make for themselves, and they will usually make it affirmatively if allowed. Get your ego out of the way and play a supporting role, but play it well.

And to the public at large and the policymakers, I am probably wasting my pixels writing this, but stop thinking you can solve every problem with enough money or putting the right people in place. The corollary of this I direct to the world at large (again probably wasting pixels): stop laying every problem at the feet of the United States, or Washington will think it can solve the problem, and it won’t. Or at least you won’t like the solutions.

The second virtue is persistence, which is really sustained passion. When I speak with students contemplating careers in development, I ask, “How many of you run marathons or long distances?” I get a few hands. “You are well suited to my line of work.”

Third is creativity. Especially in what are euphemistically called “closing spaces,” you look for opportunities wherever you can find them. You may find them in unusual places, like education programs, communities or with religious groups. Seek out opportunities to collaborate with artists and storytellers—they can spark the imagination of the people you want to reach, certainly better than PowerPoint can.

Or look for unusual times to meet with unusual people, like conversations over beer with your adversaries, or tea with the town merchants. You never know where things can lead. Do not be afraid to try something that sounds a bit odd, like a reality TV show, or a rock concert, a telenovela, or sports. Yep, I’ve tried them all.

Next, this work requires courage. Sometimes that can mean physical courage, like visiting a dangerous place. But more frequently it requires speaking truth to power, or truth to your skeptical colleagues. Go ahead, speak your mind. Mobilize your evidence and arguments, but take a stand.

And, as for Weber’s politician, democracy work requires perspective. I said earlier that it is not about you. I take that back. It is about you and about the United States. It’s just not in the way we are accustomed to thinking. How things end depends on our host country. How they begin depends on us. What you are doing reflects who we are. 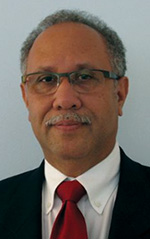 José M. Garzón is a retired Foreign Service officer who spent three decades working for the U.S. Agency for International Development in democracy, governance and conflict programs. He continues to support USAID democracy programs. His publications include “Hispanic Representation at USAID: Why So Low and for So Long?” and “Developing the Next Generation of Followers” (The Foreign Service Journal, March 2014 and January-February 2017, respectively) and “Democracy and Development Reconsidered” (USAID Frontiers in Development, 2012). He currently serves as a mentor to junior officers through the Payne Fellows Program and USAID Alumni Association.