The September issue focuses on engagement with Africa. 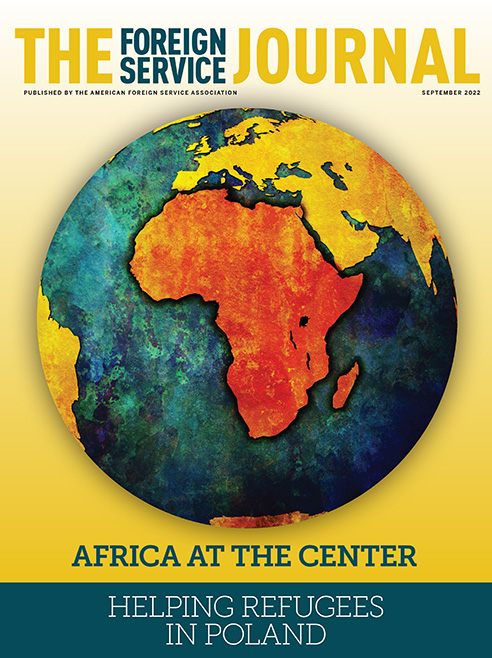 Much Cause for Worry: A Clear-Eyed Look at Africa

It is time to put sentiment aside and look clearly at Africa through an objective lens.

A Brighter Future for Africa?

U.S. policy needs to recognize the continent’s tremendous riches in resources and human capacity and help develop their potential.

The administration’s vow to host the second U.S.-Africa Leaders Summit this year has sparked hope that Washington will treat Africa as a strategic priority. Here’s what’s at stake.

Higher Education and the New Scramble for Africa

Investment in higher education is a vital component of effective and constructive U.S. engagement in a dynamic Africa.

John F. Kennedy and Richard M. Nixon were the first American politicians of national rank to prioritize Africa—more than half a century ago.

One FS family member shares her “all-consuming” experience on temporary duty in Warsaw during the war in Ukraine.

In the 19th century, this ambitious American lived several lifetimes, including as a peddler, politician, publisher and even, albeit briefly, a U.S. diplomat.

Long before your retirement date there are steps to take. Here are the most important ones.

Africa at the Center

Democracy as a Vocation

The Lure of the “Painful Childhood”