In foreign ministries around the world, training is undergoing intensification and expansion.

An interesting new criterion has emerged to assess foreign ministry performance. Some analysts believe that the seriousness and care with which a foreign ministry handles diplomatic training is a powerful proxy indicator of the efficacy of that ministry. Several elements lie behind this.

Training represents an investment in the future; like all investments, it should be examined in terms of the value delivered. Besides financial resources, there is also the investment of time by officials, trainees and training organizers to be considered. After all, a foreign ministry’s most valuable assets are the people it employs, not its fine embassy buildings and the outward diplomacy spectacle.

A diplomat would do well to ask: How does the system in my country reflect these facts in its training programs? One might add another key query: Given that half or more of the diplomats are stationed abroad at any point of time, do we use the distance learning option? And if not, why not?

In January 2015, the British Foreign and Commonwealth Office established the Diplomatic Academy with features and approaches that deserve attention. (See “The Diplomatic Academy: A First for Britain’s Foreign Office” by Jon Davies, Foreign Service Journal, July-August 2015.)

With the FCO abandoning its earlier stand that all needed skills will come “on the job,” a holdout against professional training has fallen. Some years earlier, the Quai d’Orsay had established its training institution. The U.S. National Foreign Affairs Training Center (still referred to as FSI, the Foreign Service Institute), established in 1947, was an important resource for the FCO in developing the Diplomatic Academy. Like the United States and France, the U.K. will not conduct lengthy induction courses for new entrants. Instead, they have opted for what I call a “focused selective training” model, which is practiced by Australia, France, the United States and others. In this model new entrants receive an orientation and then get to work at the ministry; newly appointed officials also attend short courses on specific themes.

The alternate model—“full-time entry training”—is practiced by Germany, India and almost all of the Latin American countries. Courses run for 12 to 24 months. During this time, new entrants are also exposed to work at the ministry and embassies abroad, but for short sessions. This means that even after joining the diplomatic service, trainees do not get to do full-time work until they graduate a year or two later. Malaysia’s hybrid model is interesting—after initial orientation, new entrants get to work at the foreign ministry, going to a full-time, four- to six-month training course at the end of about two years, before their first overseas assignment. It is an excellent combination of both methods.

Four aspects of the U.K.’s Diplomatic Academy are striking. First, it divides training into three levels: Foundation, Practitioner and Expert. This is simple, logical and, in hindsight, obvious—and it is curious that no one thought of it earlier. Programs and courses are pegged to the different levels while at the same time retaining a larger training vision for professional diplomats, as well as for officials from other agencies. The Diplomatic Academy’s staff is lean—just 15—and, presumably, part-time trainers from the FCO and elsewhere will be used.

In essence, [at Britain’s Diplomatic Academy] officials are entrusted with their own training discipline. This experiment will be watched with interest.

Second, for the first time “locally employed staff” overseas are included in the training. Many countries give expanded responsibility to locally engaged employees, entrusting to them tasks that go beyond past routine. They carry out not only public outreach and basic investment and trade work, but also what one might call executive tasks: media report analysis, aid management and even some basic political work. This was unthinkable in the past.

Third, in place of classroom teaching, the FCO will use distance teaching and “learning groups.” As Davies has explained: “The modules are designed so that individuals can work through them alone. … We are putting the responsibility on individuals to make sure that they get involved in a group and work through the curriculum with fellow members.” This means that the individual official is responsible for the pace of learning, presumably forming and joining groups for collective studies and discussion. In essence, officials are entrusted with their own training discipline. I am sure this experiment will be watched with interest.

Finally, there is another novel feature. In Davies’ words: “We will also, where appropriate, be hard-wiring some academy learning into our evolving promotion model. Successful completion of the Foundation level, for example, will become essential at one particular step up the ladder. And for entry to our senior management structure, colleagues will have to have reached the Practitioner level in a number of faculties.” The FCO already uses its remarkable Assessment and Development Centers for rigorous, objective promotion selection, even at the junior rank of second secretary, also treating that exposure as a form of training. The ADC method is expensive to operate and has undergone some simplification since its inception a decade ago; and it may, perhaps, be due for further modification.

Training in foreign ministries around the world is undergoing intensification and expansion. Most countries are setting up their own corps of trainers, sourcing them from both academia and the ranks of retired envoys. Whether it is in Kenya, Thailand or Uganda, new training programs and courses are being added and efforts are being made to include officials from other ministries. In China, efforts by the foreign ministry to establish its diplomatic academy at a new campus alongside the China Foreign Affairs University have been postponed, perhaps in a cost-saving move. But the country’s 7,000-strong diplomatic service maintains its robust commitment to mid-career training. Each year, 140 Chinese diplomats are selected through an intense competition to attend one-year courses at some of the best universities around the world—a unique effort to groom high flyers for senior positions.

Not many foreign ministry training institutions include corporate managers and representatives of business and industry in their programs, and this is an error. Non-state representatives play an active role in external affairs and are vital in today’s public-private partnership model of diplomacy. Their involvement in diplomatic training programs has mutual benefits: they bring perspectives that are useful for diplomats to understand, and diplomats offer them insight into the working of official agencies.

The International Forum on Diplomatic Training—run by the directors of the Diplomatic Academy in Vienna, Austria, and Georgetown University’s Edmund Walsh School of Foreign Service in Washington, D.C.—holds annual meetings of the academies and the institutes that exist now in perhaps more than 80 foreign ministries (see forum.diplomacy.edu). But I am not sure that enough attention is being given to helping the smaller training institutes. Regional-level gatherings of diplomatic academies also take place in Europe, Latin America and Southeast Asia. It is also noteworthy that some academic institutions are adding “practice of diplomacy” to the nomenclature of a few of their professorships. Working diplomats are now found in teaching positions at some institutions. Perhaps the theory-practice gap is now, finally, shrinking.

In Asia, the only foreign service training group that meets annually does so under the “ASEAN-plus-three” formula, which brings together diplomatic training agencies from ASEAN’s 10 members and China, Japan and South Korea. Attending one of these sessions as an invitee about a decade ago, I had suggested that it would be worthwhile holding the meeting under the rubric of a wider group, to ensure that countries such as Australia, India and New Zealand, and some others could be added to this dialogue. It seems logical to extend the footprint of such regional consultation.

Each year, 140 Chinese diplomats are selected through an intense competition to attend one-year courses at some of the best universities around the world.

In India, the Manmohan Singh government decided in 2009 that all Indian civil servants in the different senior executive services (there are a score of these, all recruited through the Union Public Services Commission) must undergo several weeks of training before promotions at three key levels take effect, broadly between 12 to 28 years of service. At one stroke, “lifelong training” went into operation. The Indian Ministry of External Affairs, which has run its own Foreign Service Institute since 1986, complied with this mandate, partly by outsourcing a large part of the training to a major management training institute in Hyderabad. In my view, this is not the wisest method: It is better to build up one’s own training capacity.

The requirements of diplomatic training are different from the requirements of the domestic civil service. The latter is preoccupied with project management and national development, subjects that are well-researched by the management institutes. Yet such institutes seldom study diplomatic training. It is far better for foreign service academies to look to the experience of counterparts in other countries.

While e-learning remains significantly underutilized by many foreign ministries, Canada was a pioneer in applying information technology. I saw this firsthand during a visit to Ottawa in 2003, when I was persuaded to produce two “self-learning courses” for the Canadian Foreign Service Institute, overcoming my doubts on the quality and method of self-paced delivery. In a way, those self-learning modules resemble massive open online courses (MOOCs) that major U.S. universities and others have subsequently developed for the benefit of hundreds of thousands of users, mostly on a gratis basis. The foreign ministries in Mexico and the United States are among the other major users of distance learning.

Our experience at DiploFoundation (I have been on its part-time faculty for 15 years) has been that to work well, distance teaching in diplomatic studies should involve teachers in intense dialogue with class participants, with class size limited to about 20 to 25. The British FCO method appears to be different, with what seems to be a light touch of faculty intervention; it is innovative, presuming that trainees are sufficiently motivated to manage learning by themselves. This bears close observation and assessment.

Balancing resources, both material and human, against evolving needs is a constant challenge, particularly for small countries. Many of them rely largely on free training courses offered by other countries, often with free air travel thrown in. A problem is that some of these courses are heavy on “selling” the host country, and offer rather less by way of professional training. An exception is a two-week course that Malaysia’s Institute for Diplomatic Training offers in Kuala Lumpur on negotiation, a subject that small foreign ministries cannot easily access. At the same time, even small states can develop their own programs. They can find trainers from among their own diplomatic corps, former ambassadors and university academics. Considerable teaching material is available under “creative commons” licenses, such as the lecture texts developed by the teaching faculty of DiploFoundation.

Does training get the attention it merits from the senior level of the foreign ministry? As a diplomatic studies teacher, I have wondered about this. The answer lies within each ministry of foreign affairs. My overall impression is that though the situation has been improving in recent years, it remains far from ideal.

What is worth reasserting to the top management of foreign ministries is that the training function is at the core of human resource development. As with any knowledge-driven organization, developing and managing this resource is a vital responsibility, on which the performance of the entire diplomatic system hinges. 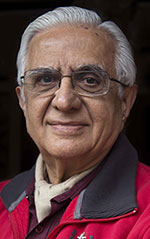 Kishan Rana is an author, teacher and former ambassador for India. He is currently an honorary fellow at the Institute of Chinese Studies in Delhi. 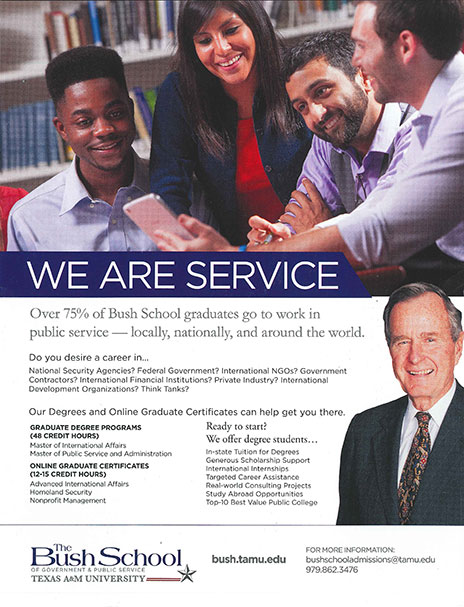 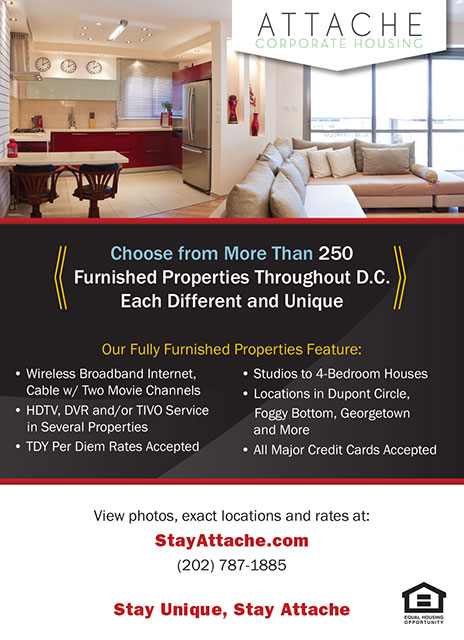 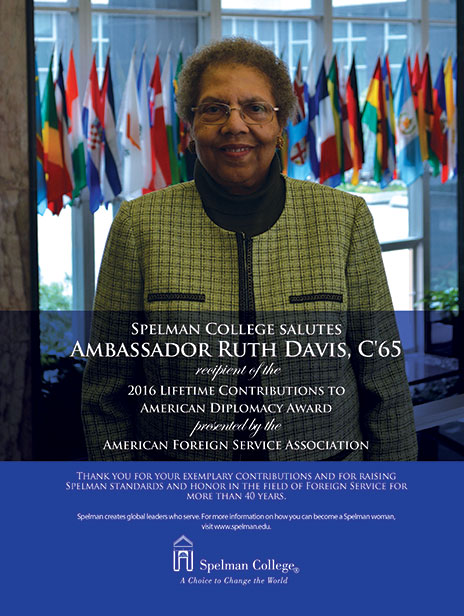