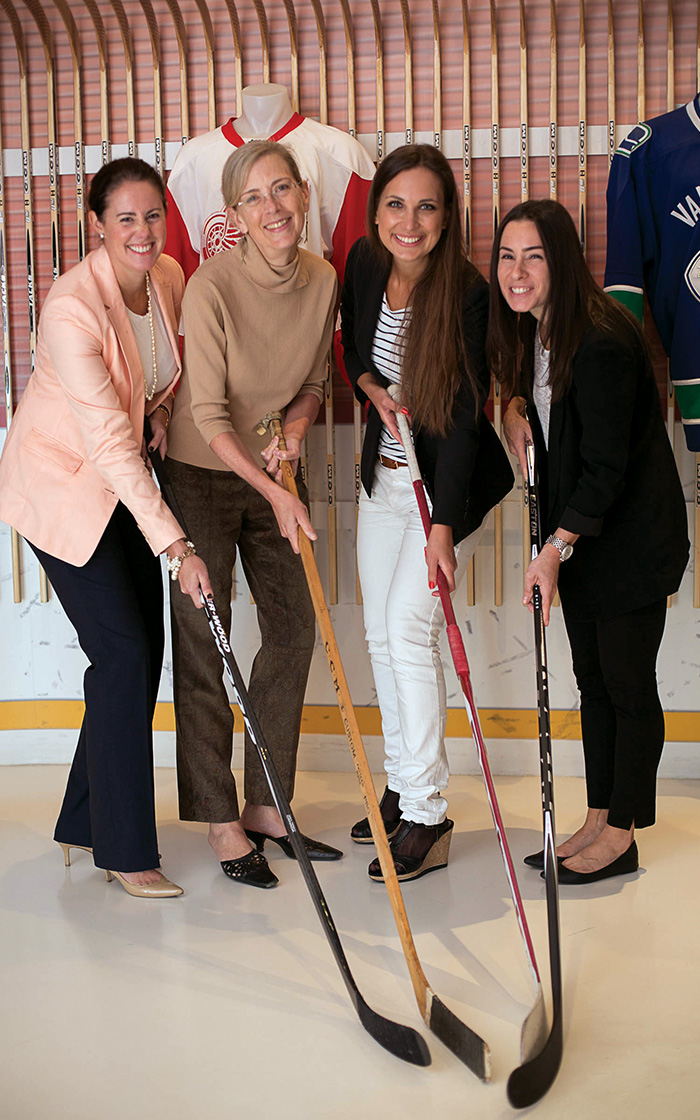 Olga Dolinina, second from right, a Ukrainian alumna from the 2014 U.S. Department of State and espnW Global Sports Mentoring Program, returned to the United States last March for a special one-week activity with the National Hockey League and U.S. Women’s National Hockey Team. During the visit, Dolinina reunited with her mentor, NHL Senior Vice President Susan Cohig, second from left, who says the GSMP helped make the NHL a better organization. Dolinina and Cohig posed for this picture with NHL Counsel Nicole Allison, at left, and NHL Executive Vice President for Media and Business Affairs Elaina Lombardo, at right.
Dolinina participated in the 2014 GSMP as head of development for the Ukraine Athletics Federation. Since then she has established “Break the Ice,” an after-school ice hockey, table hockey and therapy program to support children in Donetsk who have been affected by the conflict and violence in the region.
U.S. Department of State

Economic diplomacy works because of people. And the State Department’s Bureau of Educational and Cultural Affairs is in the people business. We are making the connections that are helping solve the business problems of today and tomorrow, both abroad and in the United States.

Take, for example, Ange Noelle Muco of Burundi and American Erica Hall, chief impact officer of the Akola Project, an international fashion design company with a flagship store in Dallas, Texas. On a recent State Department exchange for female entrepreneurs, the two women shared the story of how they connected their two supply chains at a critical time, benefiting both of their businesses. Ange and her fellow international businesswomen were in Dallas on an International Visitor Leadership Program, “Alumni as Economic Multipliers.” All of the participants had previously been on an exchange and were returning to the United States to make new connections. They met with U.S. companies in Dallas and several other U.S. cities, sharing best practices with American colleagues.

“I think we can be really self-focused if we don’t expose ourselves to things that are different, and ideas that are different, and people that are different,” says American Stephanie Giddens of Vickery Trading, which hires refugee women to assist with making their clothing line. “Until you get to know people, until they become your friends, and you do business with them, that makes all the difference in the world,” says American Valerie Freeman, CEO of the Imprimus Group, also of Dallas. Both Stephanie and Valerie took time from their schedules to meet with the international women.

Ange and the women in her group join thousands of State Department exchange participants who return home with new ideas after meeting with Americans across our great country. However, there is another story that is less often told—but as important—regarding how exchange programs also help American companies, like those of Erica, Stephanie and Valerie.

The U.S. National Security Strategy lays out four pillars, including the need to promote American prosperity. The strategy states that to succeed in this 21st-century geopolitical competition, America must lead in research, technology and innovation. And one way that American companies are achieving this goal is through connections made on exchange programs.

Take Mike Matesic from Idea Foundry in Pittsburgh, Pennsylvania, who participated in the State Department’s Young Leaders of the Americas Initiative reverse exchange program for Americans who host international YLAI participants. After completing his nine-day visit in Santiago, Chile, he told us: “We have identified several potential partners which we are following up with to discuss collaboration. This will support the transfer of innovations and talent between Santiago and Pittsburgh, in both directions.”

The economic benefit to Americans is also felt when participants come to the United States from other countries. On our Community Solutions program, Abdulsalam Mohammed of Ghana partnered with his host supervisor, Michelle Wilson from Global Ties in Akron, Ohio. Together they created the Accra-Akron Partnership Board, engaging the mayors of both cities to increase fair trade and collaborate to boost businesses in both cities.

One of the most powerful statements about exchange programs comes from Susan Cohig of the National Hockey League, who tells us that the espnW Global Sports Mentoring Program has helped her organization rethink their business challenges on a more global scale and take advantage of new opportunities. “It’s helped make us better as an organization,” she says. Her mentee Olga Dolinina returned to Ukraine to start “Break the Ice,” which works with kids from war-torn areas to provide the support and training they need to succeed and contribute to society.

Each year 40,000 State Department-sponsored participants and more than 300,000 private sector sponsored participants, who are overseen by the State Department on programs like Camp Counselor and Summer Work Travel, bring direct economic benefits to the American people, while contributing to our nation’s security. Well over 90 percent of ECA’s appropriation is spent in the United States or invested directly in American citizens or American organizations.

Acquiring the skills to work in the global economy is enhanced through foreign language learning and exposure to foreign cultures and professional opportunities abroad.

We could not do the work we do without organizations like Global Ties, with their network of 100 organizations serving all 50 states. Mostly comprised of volunteers, these citizen diplomats make connections in their communities with businesses and organizations, then connect them to international participants. And I am proud that ECA is expanding our pool of U.S. private sector partners. These partners range from professionals who share their specialized skills with foreign exchange participants, to schools and universities hosting educational exchanges and businesses that host foreign professionals who, in the process, contribute to Americans’ international expertise and networks.

We expand economic prosperity by increasing the capability of Americans to operate internationally and furthering the reach of U.S. businesses and institutions. Acquiring the skills to work in the global economy is enhanced through foreign language learning and exposure to foreign cultures and professional opportunities abroad.

To increase global competitiveness, ECA helps to internationalize workplaces and U.S. campuses, supporting professionals and foreign students who study and work alongside Americans. State Department exchange programs are making a real difference in our economy and in our global economic and trade relationships—one exchange participant at a time. 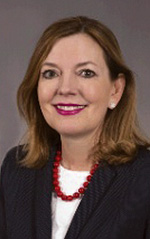 Marie Royce was sworn in as assistant secretary of State for educational and cultural affairs in March 2018, following unanimous Senate confirmation. She is a businesswoman and former professor.