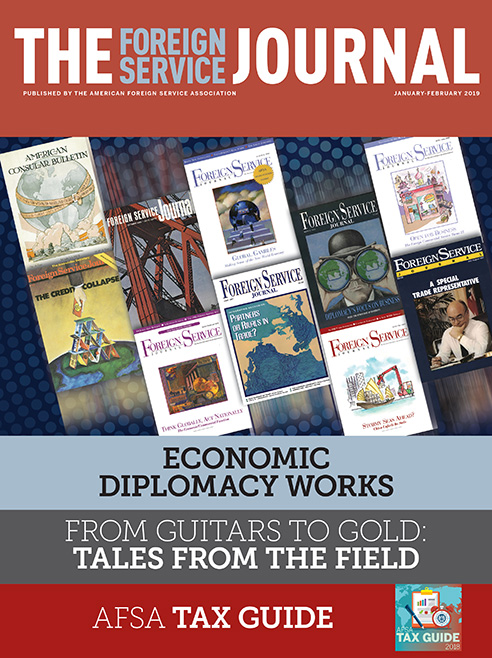 What Is Economic Diplomacy and How Does It Work?

The U.S. Foreign Service is at the forefront of crafting policy and carrying out economic diplomacy to advance the strategic and security interests of the United States.

Secretary of State Mike Pompeo has made commercial diplomacy a foreign policy priority. Here’s how to get it right.

BY SHAUN DONNELLY AND DANIEL CROCKER

From Guitars to Gold: The Fruits of Economic Diplomacy

This selection of first-person accounts showcases the work members of the Foreign Service do around the world every day to promote U.S. business.

Where Does the Econ Track Lead?