The Foreign Service Journal > January/February 2019 > The Way We Were: State and the New Commercial Service 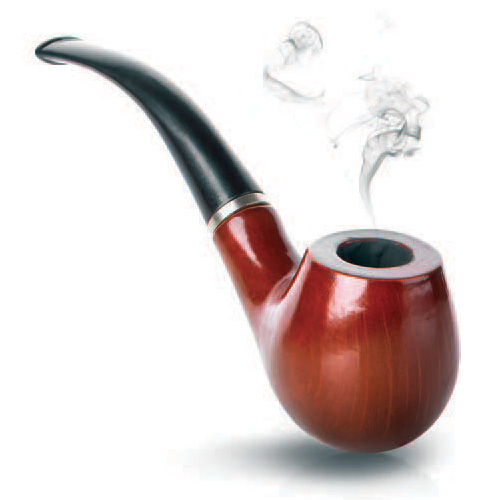 Not long after I had taken up my duties as deputy senior commercial officer in Bonn, West Germany, in 1981, the new U.S. ambassador, Arthur F. Burns, arrived. My boss was Walter Stadtler, an old friend, who had decided to remain in the State Department rather than transfer into the Foreign Commercial Service, which had recently come into being.

Shortly before Walter left, he was asked to brief the new ambassador on the embassy’s commercial operation and invited me to join him. As Walter described the organization and functions of the U.S. commercial section, then the largest in the world, Ambassador Burns waited semi-patiently, sucking noisily on his ever-present pipe. As soon as Walter paused for breath, he pounced.

“Do you people really think you make any difference to U.S. exports?” Burns asked. Walter’s answer was typical Foreign Service: “On the one hand, this, and on the other hand, that…” I could see our proud operation going up in smoke.

“Of course, we don’t make sales for American exporters,” I interjected. “U.S. businesses would never allow bureaucrats into their sales offices, but we do inform the market. We study German industry sectors and identify potential German buyers and representatives. We then make this intelligence available to U.S. exporters.”

Not a fan of political appointees, I mischievously added: “‘A well-informed market is a more efficient market,’ I believe I read in some dusty economics textbook somewhere.”

Arthur Burns, a two-time chairman of the Federal Reserve, was quite familiar with that maxim, of course. Though he did not deign to reply, the dirty look he gave me could only mean one thing: “Smart ass!”

When Walter left in late 1981, I became the acting commercial counselor in Bonn and soon found myself at loggerheads with Amb. Burns. But first, a little background.

The basic document defining the role of the Foreign Commercial Service is a memorandum of understanding between the under secretaries of State and Commerce dated Sept. 26, 1979. As it happened, while on home leave in late 1978 and early 1979, I had assisted in drafting that MOU.

I had done my best to eliminate loopholes and ambiguities, an effort that continued via two explanatory cables sent jointly by State and Commerce. As a result, there could be no question about the intent of the agreement: The FCS was to have the same autonomous status within embassies and consulates that defense attaché offices have.

Rick McElheny, Director General of the Foreign Commercial Service at the time, had used a recent tour of Western Europe to reinforce that message. Personally confronting Charles T. York, head of Embassy Bonn’s economic section, over his refusal to stop presenting himself as “Minister for Economic and Commercial Affairs,” Rick had threatened to remove the sign on York’s door himself if it weren’t gone the next day.

The sign disappeared, but the battle was far from over.

On Feb. 8, 1982, Ambassador Burns issued a memorandum to Mr. York in which he referred to an arrangement made by his predecessor, Ambassador Walter J. Stoessel Jr., to keep the commercial function within the “supervision and control of the economic section.” He then sent a copy of that memo to yours truly, to ensure that “Mr. Sherwood is aware of my instructions.”

Well, Mr. Sherwood was certainly aware of those instructions. He also knew that they were improper and illegal.

In an earlier life, I had been a grievance counselor and chief steward of a labor union in the State Department. In that capacity, I initiated a number of grievances based on the department’s violations of its own written regulations, procedures and policy statements. (Among other cases I handled was the EEO complaint filed in 1968 by the women’s rights pioneer FSO Alison Palmer, the first of its kind in the State Department.)

Having become well acquainted with these tactics during my 22 years in the Foreign Service, I was ready to take on the front office. Conversations with pals back in Washington confirmed my understanding that no one at FCS had any objection to my proceeding—as long as I did it on my own hook.

Following the dictates of the Foreign Affairs Manual, I duly sent a memorandum of grievance to the embassy’s deputy chief of mission (DCM), requesting that the ambassador’s February 1982 memo to Economic Counselor York be recalled and rendered null and void.

Three days later, I received a call from the embassy’s front office summoning me for a chat. Amb. Burns was initially amicable, asking why I had gone to the extraordinary length of filing a grievance over such a trivial matter as internal embassy organization. I referred to the MOU and expressed concerns that without autonomy, Commerce would be handicapped in carrying out its mission in the country of its most extensive operations.

The ambassador fixed me in his steely gaze, relit his very smelly pipe and delivered this verdict: “You’re just trying to gain turf, aren’t you?”

I observed that the same logic applied to his argument for the status quo.

He sucked on the pipe again and said, “Yes, but I’m ambassador.”

Just then Jean Balestrieri, his secretary (and a good friend of mine), put her head through the door, “Your phone call has just come through.”

“Please excuse me,” Burns said. I did more than that: I excused myself and trudged back to my office.

So things stood, until a curious and wholly unanticipated event took place a few months later. The front office informed me that Malcolm Baldridge, the Secretary of Commerce, would be arriving in Bonn the next day.

I was to fetch him in the ambassador’s car—accompanied by Charles York (who, awkwardly for me, was now acting DCM) and the acting economic counselor, Karl Jonietz—and bring him to the embassy. After meeting with the ambassador, Secretary Baldridge and his party would be transported back to the airport in a two-car convoy.

On the trip to the embassy, Mr. York took it upon himself to accompany the visitors in the ambassador’s car, and Karl Jonietz and I were relegated to the chase car. For the return trip to the airfield, however, Sec. Baldridge informed Mr. York that I would be riding with him. Mr. York protested, sputtering about his higher rank.

“I want to have a talk with Harrison,” said the Secretary. “You (indicating me) get in the front.”

As we cleared the embassy parking lot, Sec. Baldridge accosted me. “So what’s all this dust-up between the economic and commercial sections in the embassy?”

“Well, sir,” I began, anticipating his wrath at my challenge to the ambassador’s authority, “it’s because of an MOU between the departments of State and Commerce…” I droned on, reciting the text of my grievance.

Both Secretary Baldridge and Under Secretary Lionel Olmer peppered me with intelligent, searching questions on the subject until we arrived at the airfield.

“Mr. Secretary,” I asked just before we stopped, “do you have any instructions as to how I should proceed?”

“Stick to your guns, Harrison,” he replied.

“Just stick to your guns,” he repeated.

There was never any telegraphic traffic on the subject of my grievance between the embassy and Secretary Baldridge, neither before nor after his visit. Yet I found out later that it was the sole subject of conversation between the ambassador and the secretary.

After about 18 months, the Foreign Service Grievance Board found in my favor. The next year I received my FCS commission, and several months after that I was promoted to the rank of Career Counselor.

Although Amb. Burns lost, he did receive one concession. In complying with the Grievance Board verdict, the embassy administrative counselor addressed the memorandum setting forth that decision to: “DCM, Econ, FCS”— and “AMB/O: Mrs. Jean Balestrieri.” No one dared to beard the old curmudgeon by name!

Much later Jean confided to me: “Of course he knew, but didn’t feel it necessary to talk about it.” 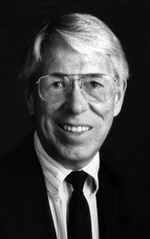 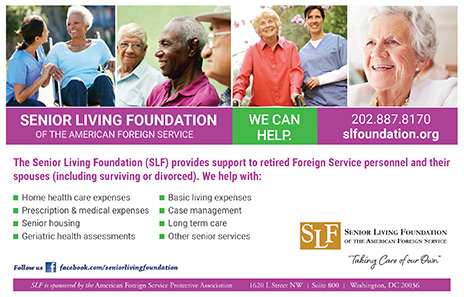