I had the privilege of chairing the promotion panel for FS-2 to FS-1 political- and economic-coned officers a few summers ago (cones are now officially called career tracks). It was a terrific experience for which I was grateful, and one which I heartily recommend to others.

For years promotion panels have found the same basic realities: The standouts are immediately apparent, as are the under-performers, with the remaining 90 percent of officers someplace in between. The job itself matters less than excellent performance in that job. And the quality of the documentation matters, particularly clear examples related to the sweeping assertions about an officer’s abilities and potential.

Reading what ultimately totaled thousands of files equipped me with a great deal of granular evidence that overwhelmingly supported all these points. At the same time, however, another narrative was also clear to me: the economic officers whose files we read were having a hard time documenting the potential to serve successfully at a more senior level.

As an economic-coned officer, I found this perplexing and troubling. I served as deputy chief of mission in Athens from 2011 to 2014, when the free fall of the Greek economy threatened the stability of the largest U.S. trading partner, the European Union. I knew firsthand how critical our econ team was to mission success in promoting and advancing U.S. interests, and how closely the policy community in Washington, D.C., was watching economic developments we were covering.

Why, despite their good work, were econ officers all over the world not persuasively demonstrating that they ought to be moving up the Foreign Service ladder?

I also knew that economic diplomacy was fundamental to the broadest U.S. interests, not just in Athens, but all over the globe. Economic officers work to level the playing field for U.S. businesses, assess and advance implementation of the World Trade Organization frameworks that permit America’s businesses to win, and keep a close eye on the leading indicators of major political turmoil when people vote their wallets in a democracy or take to the streets because they can’t feed their families or buy needed medicines.

Nonetheless, file after file left our panel unconvinced that the officers involved were ready to succeed at the FS-1 level. Why, despite their good work, were econ officers all over the world not persuasively demonstrating that they ought to be moving up the Foreign Service ladder? I came to a couple of conclusions.

First, economic sections—in contrast to political sections or combined pol/econ sections—generally are just too small to provide officers at the FS-2 level the opportunity to demonstrate meaningful leadership and management skills and potential. The “Iraq tax”—positions taken from posts to staff the Iraq war—of the early to mid-2000s was heavy, and economic sections seemed particularly hard hit. This was perhaps because eliminating one position from a five-person section is a greater relative loss than taking one officer from a 10–person section.

An economic-track senior officer recalled to me her experience running a 10-person combined pol/econ section, attributing her relatively rapid promotion to the leadership and management skills she had had the opportunity to demonstrate in that combined section. That rang true to me, in contrast to many of her peers who struggled to demonstrate their management chops with so few direct reports.

That said, there are arguments for and against combining political and economic sections. Aggregating sections can bring more officers under an FS-1’s management, which is a good opportunity for the FS-1 to bolster their own management skills. An FS-2 section deputy then has the opportunity to serve in an acting capacity in a section of more meaningful size and impact.

The relative allocation of billets in the Foreign Service has simply not kept up with the reality that political influence and national interests are closely intertwined, indeed interdependent, with economic issues.

This is true across all career tracks, and sensibly so—why promote people into a rank if you don’t need their specific skills at that rank? Combining sections may, therefore, lead to a downward trajectory in promotability for the econ skill code.

Second, I concluded that many candidates simply did not have enough, or even any, in-cone experience at their current grade. The relatively rapid promotion speed to FS-2 levels overall at that particular point in time may have contributed to this pattern, as well as the push to get out-of-cone experience codified under the Professional Development Program requirements.

While I can attest to the value of out-of-cone experience, particularly with regard to the management of human or other resources, notching only a couple of tours as an econ officer does not inspire absolute confidence in promotion board members that an officer can hold their own at the FS-1 level in cone, where they are still likely to have to serve. And that’s precisely what promotion panels are looking for—clarity from the documentation in the file that an officer can successfully serve at the next level.

In my opinion, however, there is a broader issue that has led to the distortions cited above. It is this: The relative allocation of billets in the Foreign Service has simply not kept up with the reality that political influence and national interests are closely intertwined, indeed interdependent, with economic issues. I think that is the underlying problem we need to solve, not just for the development of career econ officers, but to ensure the most effective American diplomacy.

In my view, no one can truly understand a country and serve to advance America’s interests there without some knowledge about what is happening in its economy. This holds true beyond the political and economic sections. The interests of traveling or resident American citizens are directly affected by the state of the local economy, as are security interests and the management section’s work.

Meeting payroll for local staff usually depends on whether the banks are functioning in the host country. I still have vivid memories of (literally) measuring safes with the management counselor and financial management officer in Athens, two years before the Greek banking system finally collapsed in 2015, and obtaining a waiver from State to keep enough cash on hand to make payroll. We did this because of what we were hearing about the viability of Greek banks, their non-performing loans, and the fears of Greek citizens (who were keeping cash on hand just in case).

We urgently need to get more FS-2 economic positions overseas.

Our Athens consular team had countless examples of U.S. citizens who were affected by the collapsing safety net. And our regional security officers were constantly monitoring and advising the mission and American business communities of protest and other activity related to the long downward spiral in the economy and the negotiations with Greece’s creditors.

I won’t even get into the impact of the local economy on U.S. interests from the standpoint of our Defense Department colleagues, or the many other critical sections that contribute to mission success in all our posts overseas. But I don’t think any would contradict the view that we need to have more, rather than less, information on what economic currents are shaping a country. Who among us is immune from the impact of economic events at home? No matter what anyone does for a living or believes as a faith, the economy touches us all.

I would argue that both for the sake of growing our economic officers and—most importantly—effectively promoting U.S. interests, we urgently need to get more FS-2 economic positions overseas. AFSA is urging the State Department to add 300 econ jobs in the field. We don’t need 300 new FSOs to do that—we just need to shift 300 jobs out of Washington. The unprecedented levels of bipartisan support for U.S. global leadership has translated into funding in the appropriate line item of the department’s budget to do so.

While I’m no longer in the department, I hear that there are efforts underway to recreate a more positive career path for economic officers. That would be good for them and, more importantly, would pay dividends for the United States.

America’s businesses are innovative and agile. They deliver what they promise, and when they get to compete on a level playing field, they win. Our Foreign Commercial Service and Foreign Agricultural Service colleagues contribute enormously to achieving those wins. But they can’t do it without economic sections working on the structural context in which U.S. businesses seek to land a deal. 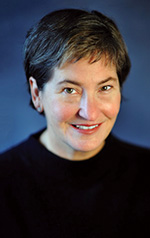 During a more than 25-year Foreign Service career, Virginia Bennett served five U.S. presidents in a wide variety of assignments in Europe, Asia and Latin America, in multilateral settings and in Washington, D.C. She capped her career as the acting assistant secretary of State for the Bureau of Democracy, Human Rights and Labor. She also served as deputy chief of mission in Athens, as a deputy executive secretary for Secretary of State Hillary Clinton and as executive assistant/chief of staff to Deputy Secretary of State John Negroponte. She retired from the Foreign Service in November 2017. 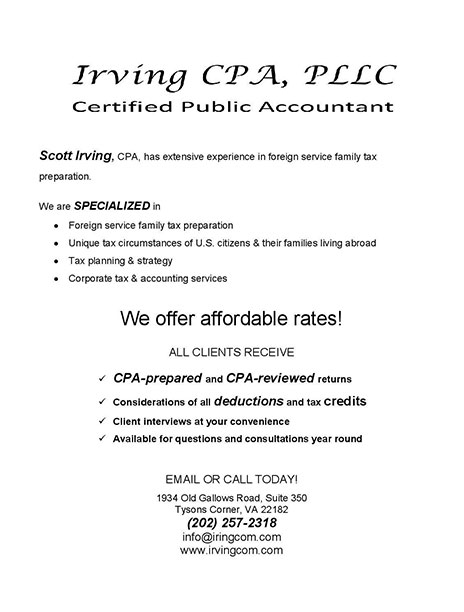